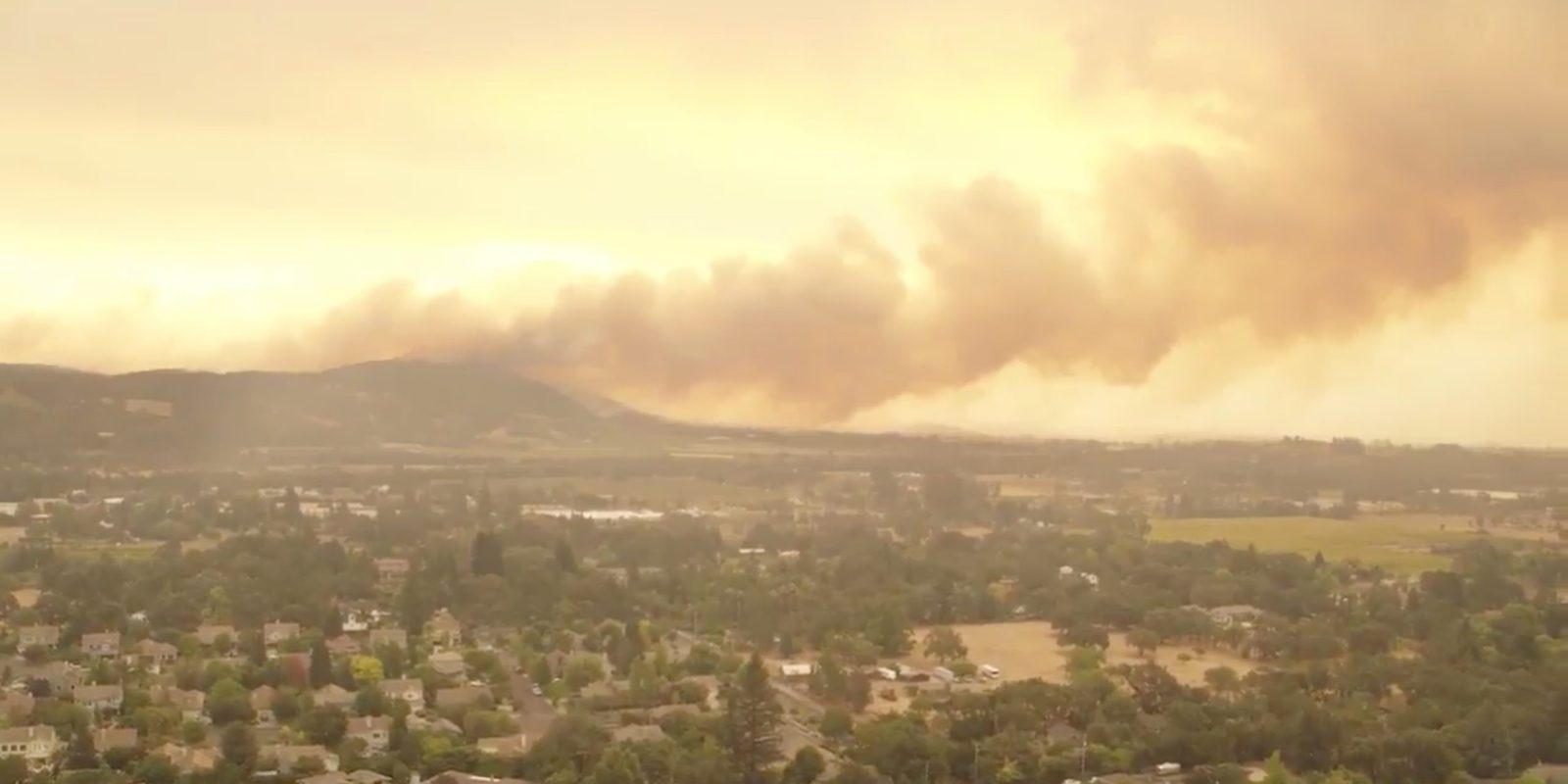 Drone footage just surfaced on Twitter showing the wildfires in Northern California that already have claimed one person’s life, injured many others and destroyed 1500 homes and businesses in what is called one of the worst firestorms in Northern California’s history. An estimated 20,000 people were forced to evacuate as roughly 14 wind-driven wildfires started on Monday. Collectively the fires cover an estimated 57,000 acres in the Napa, Sonoma and Yuba counties.