“Flight of the Year” video shows drone flying dangerously inside, under and on top of a moving train 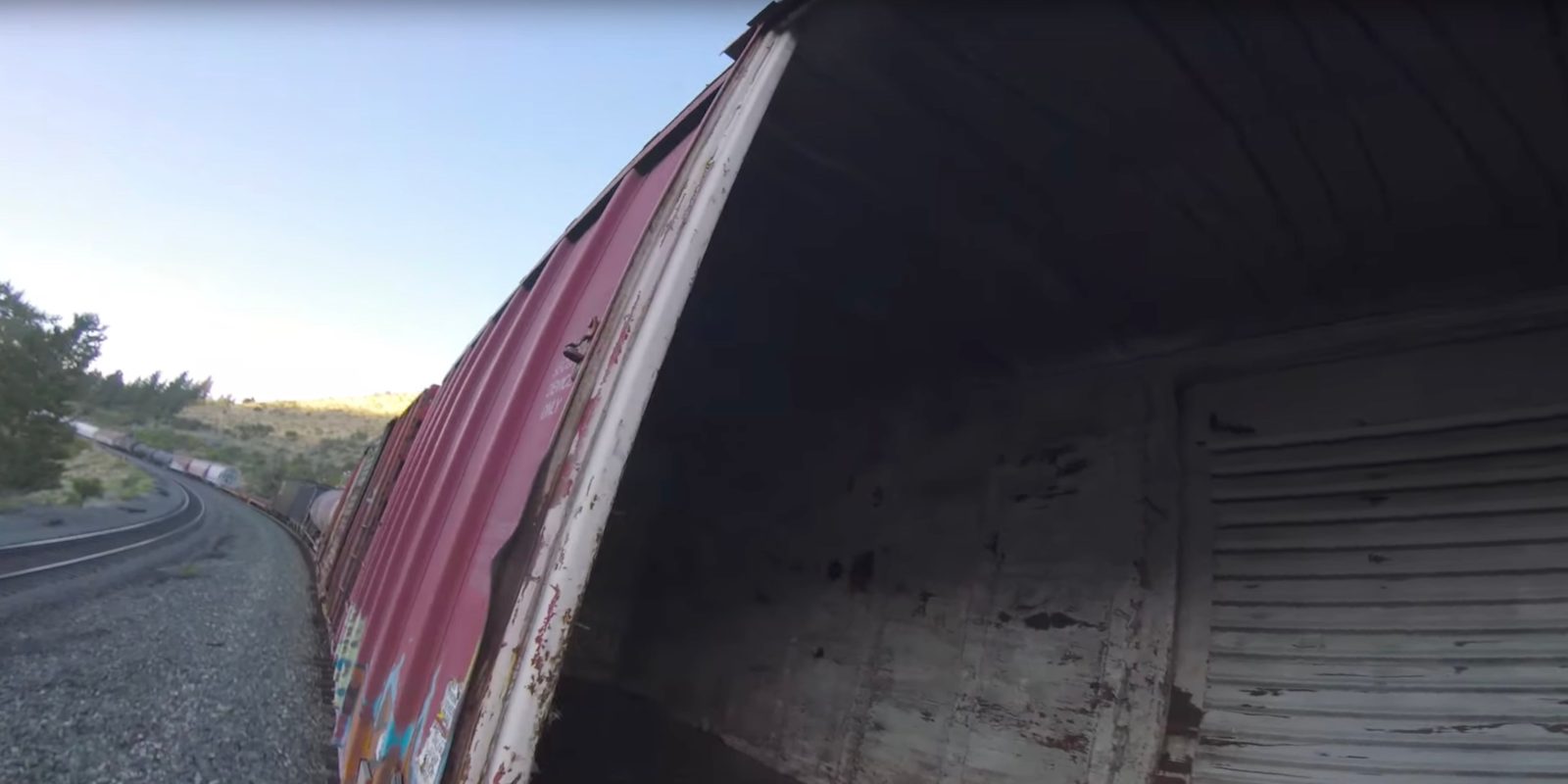 If you have ever wondered what the best pilots can do with a drone, you have to watch this video. It is called “Flight of the Year” and showcases Paul Nurkkala’s drone flying skills. The footage in the video seems almost incredible. Nurkkala flies the drone on top of, inside, underneath and in between the freight cars of a moving cargo train. The train crosses a bridge in the video and that too becomes an obstacle, that Paul exploits to show his expert drone flying skills. He expertly steers the drone through and over the bridge. Making it all look too easy.

“The Flight of the Year” Drone Video

Nurkkala got into drone racing only two years ago when he received a drone as a Christmas gift. That started his interest in drones and he has been developing, building and racing drones ever since. By now the name Nurk, is a very familiar one in the drone racing world.

In the video, Nurkkala flies a custom-made drone with a remote controller and a pair of live feed goggles allowing him a first-person point-of-view. The drone was also outfitted with a GoPro HERO5 Session action camera to capture the footage shown in the video. This camera is small and light enough to not hinder too much during the spectacular aerial maneuvers.

I recognize that this isn’t the most “flowy” video or anything, but all of the things were all in the same flight, so I wanted to show that off.

A lot of people are watching

His video is getting a lot of attention (more than 840k views in less than 5 days). Most commenters on YouTube applaud his drone flying skills and are in awe of the moves he pulls with his drone. Some, however, point out that his actions and this video will cause problems for the rest of us, the less skilled drone fliers. And they have a point. As amazing as the video is, it is almost certainly highly illegal.

Union Pacific operates in a safety-sensitive environment. Never operate a drone in a manner that could distract or otherwise endanger yourself, Union Pacific employees, equipment or the public.

Flying a drone in a reckless manner is a violation of federal law and FAA regulations and could result in civil fines or criminal action.

Drones may not take off from, land on or fly over Union Pacific property unless the pilot is authorized to do so in writing by a specific agreement with Union Pacific.

It seems that The Nurk is in violation of a number of these policies. We at DroneDJ are very impressed with his drone flying skills but would urge everybody to fly drones safely and within the restrictions set by the FAA.

Note: it seems that he actually hits the wires at 1:24 and a freight car at 3:23. Did you see that too? Let us know in the comments below.

Did he hit the wires here?