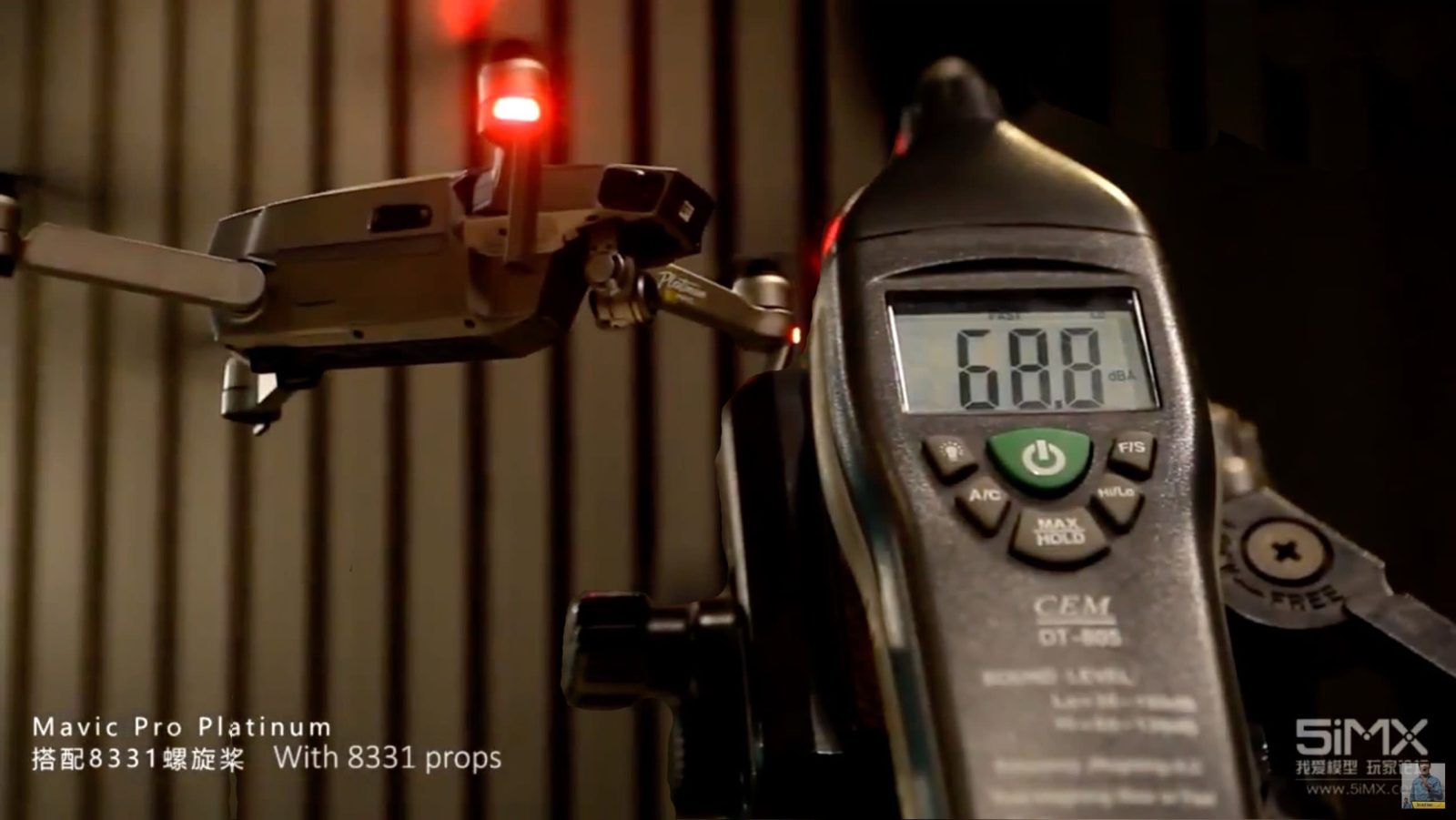 At the beginning of the month, we reported on the lower noise levels of the new Mavic Pro Platinum compared to the old Mavic Pro. At the IFA event in Berlin we were able to capture this video, that, regardless of all the background noise, showed the decrease in noise levels between the two DJI drones. Now another video has surfaced on YouTube offering a more detailed comparison of the noise levels between the two drones. For instance, comparing the old 8330 propellers vs. the new 8331 propellers on the Mavic Pro Platinum. The Mavic Pro Platinum is quieter than its predecessor not only because of the newly designed 8331 propellers but also in large part because of the new electronic speed controllers (ESC’s). Let’s dive in. 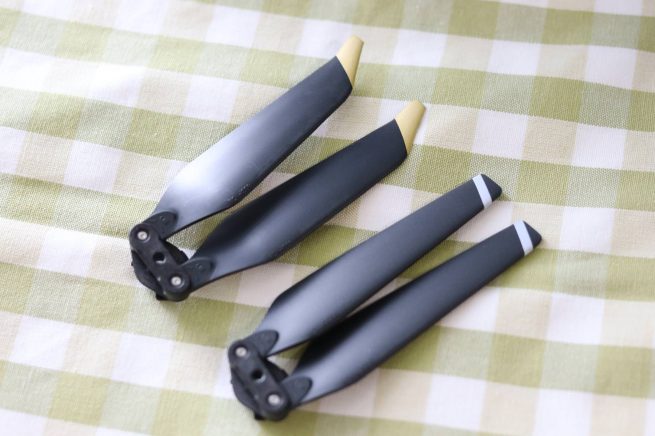 Design of the new DJI 8331 propellers compared to the old 8330 propellers. Photo by James Dumbrill

Why does less noise matter?

That is a good question. You as the operator of the drone will appreciate the fact that your drone now makes less noise but the real advantage is for the other people around you. Your drone will be less obtrusive and be less of an annoyance to others, which is great for everyday flying. However especially filmmakers who use the Mavic Pro Platinum will surely appreciate the reduced noise levels. TofuSan explains it best in the comments on YouTube:

Actually 3-4 db noise reduction or 60% energy decrease means 30% decrease in detection radius (sound energy is inversely proportional to the square of distance from the source). For illustration, assuming you previously need to fly 150m away from a person to avoid being heard by him, now with 3-4db decrease, you can close in to 100m from him and he still won’t hear you. That’s a big deal in terms of flying discretely.

You can check the math here.

If you are in the market for a new drone and the new DJI Mavic Pro Platinum fits your budget then go ahead and buy one. The Mavic Pro Platinum is an amazing drone and the reduced noise levels as well as the increased flight time of 30 minutes vs. the 27 minutes of the old Mavic Pro, make it a very attractive offering. If on the other hand you already own a Mavic Pro and are wondering if the new props would be a good upgrade, then the answer is yes. A 3dB noise reduction for only $10 is in our view a heck of a deal. You can buy them directly from DJI here. I just did the same. ;-)