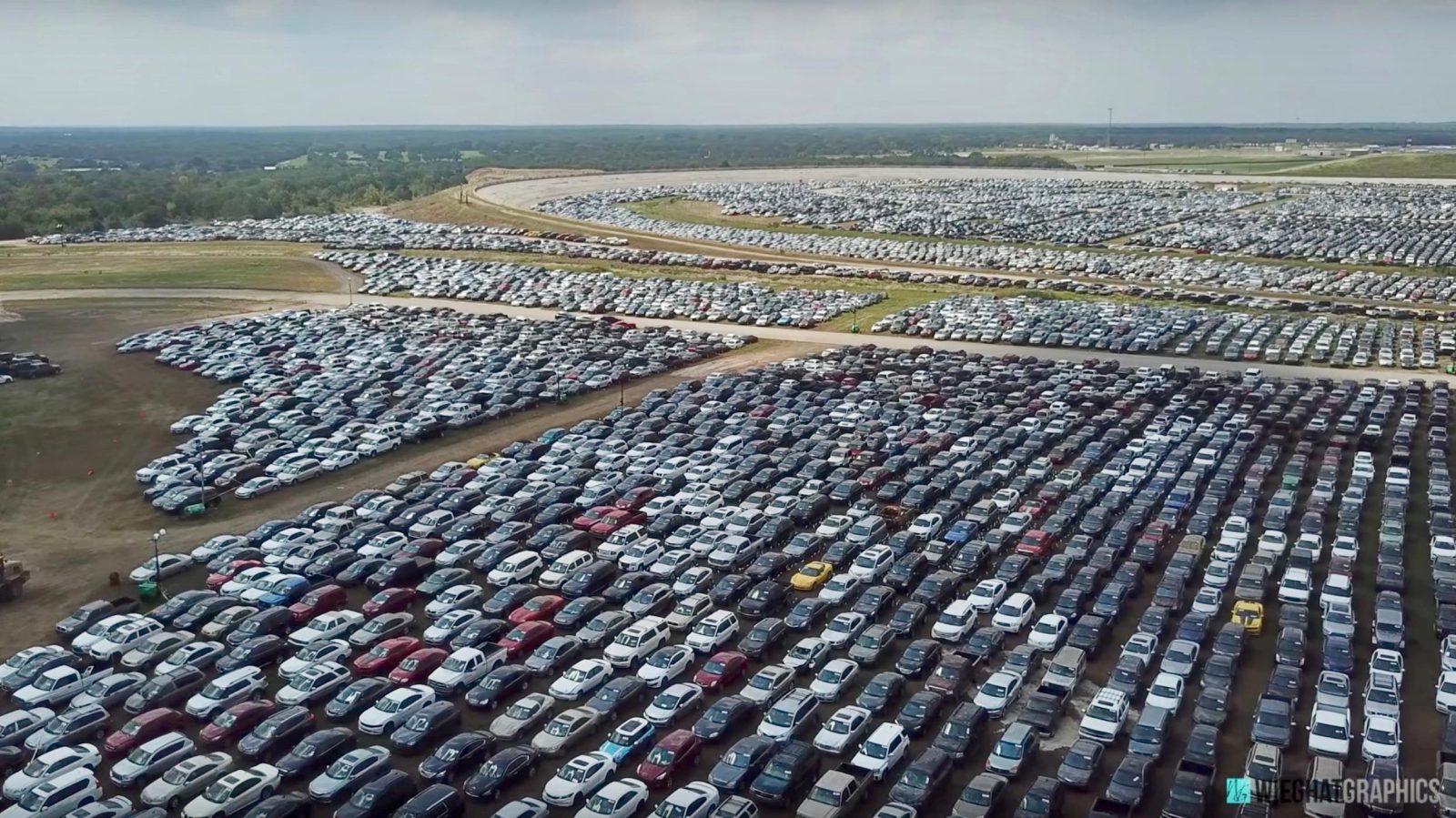 Now a few weeks after Hurricane Harvey hit the Houston area, the cleaning operation is in full swing. Take for instance flooded cars. There is an estimated 30,000 of them, all of which need to be processed by insurance agents. Now, 30,000 sounds like a lot of cars but actually seeing a drone video of all these damaged cars parked at the Texas World Speedway south of College Station, gives you an idea of the magnitude. As far as your eye can see there are cars parked that sustained water damage during Hurricane Harvey.

KBTX reports, that the plan is to store these cars here until the cleanup operations are completed and the insurance companies have had time to work through all the claims. It is estimated that these cars will be parked here for at least 6 months if not one year.

Luke Bradicich, the owner of a local roofing company, has been watching tow trucks come in all week as his office is right across the street from the Texas World Speedway. Bradicich said:

It’s really going to show everybody how they can come together in a time of need like this.

It’s not a salvage yard. They’re not going to do any salvage or anything to those vehicles other than store them until the titles get cleared up, and then they’ll go to wherever their final destination is.

There shouldn’t be any environmental concerns according to Peters as these cars will just be sitting here. Security is very strict and only insurance agents and tow trucks are allowed in.

Bill Mather, President of the Texas World Speedway said that there are other sites in the region where flooded and damaged cars are parked in a similar fashion.

It is unclear what will happen to these cars once they have been processed or if some of them will be salvageable at all. If you’re in the market for a used car, be sure to do your homework!