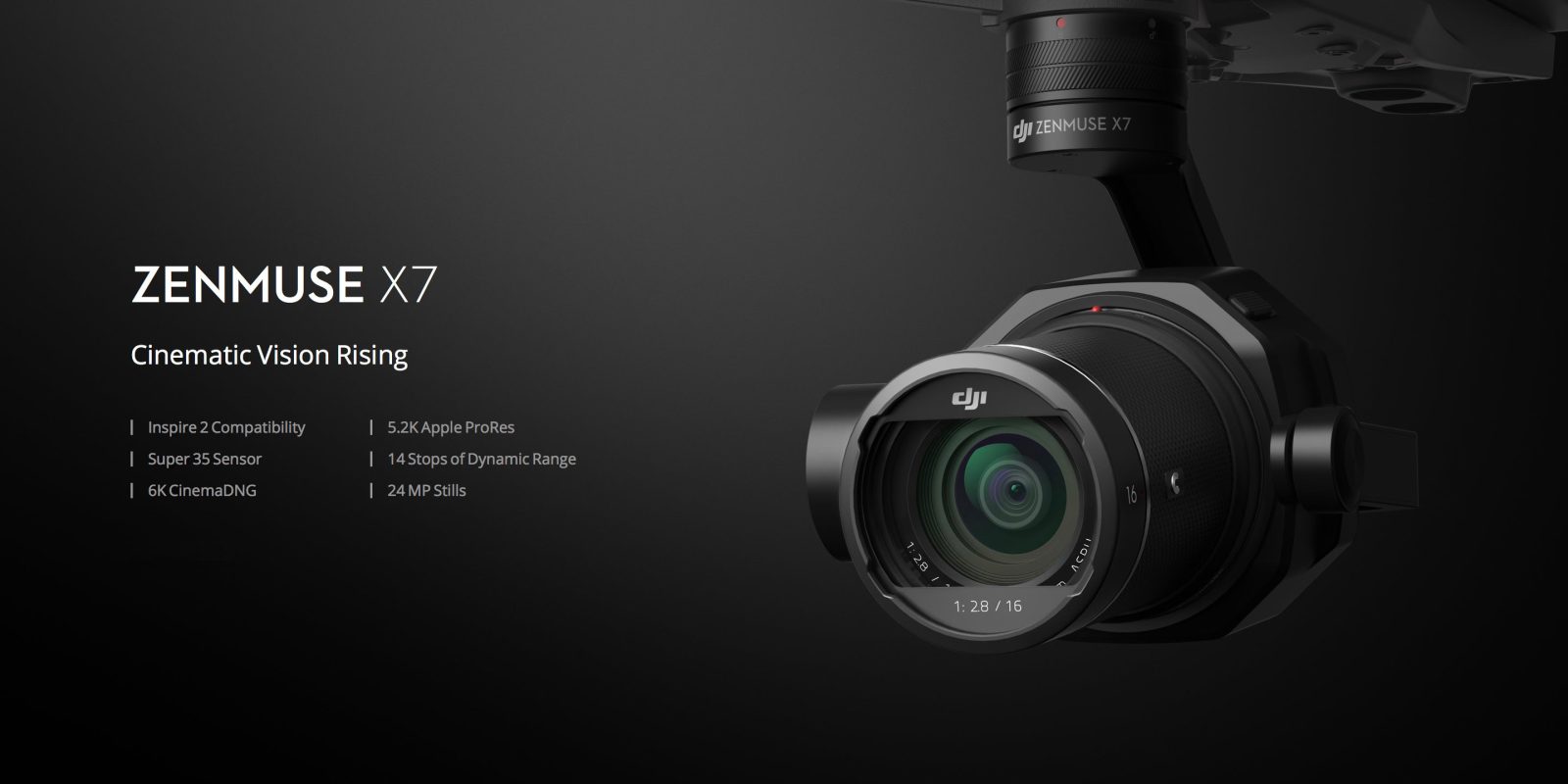 Ever since the DJI released the teaser video, rumors have been going around as to what exactly DJI might be releasing at their event tonight. Especially within the various Facebook groups, there was a lot of speculation. Some people thought it would be a GoPro Karma-killer, with a new camera, drone and gimbal all built into one. Others thought it would be just a camera perhaps. Earlier this week, we received some photos and a leaked video clip in which an Inspire Drone was shown with that new camera attached. The video clip ends with “Zenmuse X7“. Today, somebody emailed us with what seemed to be official specs and photos of the new Zenmuse X7 camera and gimbal. And of course, we shared them with you, our readers.

And that brings us to tonight’s event, where DJI officially announced the new DJI Zenmuse X7 camera and gimbal with Super 35mm sensor (23.5×15.7mm), increasing the single-pixel size to 9.31 micrometers, it captures RAW video at a maximum of 6K @ 30fps or 3.9K/59.94 and photos at 24 megapixels. Furthermore, the larger sensor allows for 14 stops of dynamic range and the camera is compatible with 4 interchangeable DL-Mount lenses (16mm, 24mm, 35mm, and 50mm all at f/2.8 aperture). The 16mm lens comes with a built-in ND filter for wide-open shooting in daylight. The 24, 35, 50mm lenses all come with leaf shutters (available in single shot mode) that support shutter speeds up to 1/1000s and are meant to eliminate rolling shutter effects and banding when shooting in artificial light. A professionally specced camera that can be mounted on a drone. Something to drool over and quite a step up from its predecessor, the Zenmuse X5s. The Zenmuse X7 weighs in at just 449 grams, flight-time for the Inspire 2 with the X7 is up to 23 minutes.

The new Zenmuse X7 is clearly aimed at the professional photographer and filmmaker. 6K video will give more room to edit the material down to 4k. The four prime lenses (16mm, 24mm, 35mm, and 50mm) should provide top quality image quality. Maybe Hasselblad helped DJI in that department? For smooth aerial shooting, it is important that camera and gimbals are light and compact. To achieve this, DJI has integrated a DL lens mount which shortens the X7’s flange focal distance to 16.84mm. This helps to reduce the weight and size of the camera without sacrificing any of the cinematic image quality. Cinema Color System has a new D-Log Curve & D-Gamut RGB color space for more flexibility & color options.

Any filter with a diameter of 46 mm that weighs 10-12 g and no thicker than 4.4 mm can be used with Zenmuse X7 lenses

You already own an Inspire 2? No worries, simply update. DJI stated:

“To unleash #X7’s full potential, the Image Processing System on #DJI Inspire 2 has been upgraded to CineCore 2.1.”

Image processing for Cinema DNG / Apple ProRes takes place in the CineCore 2.1 Image Processing System just like the Zenmuse X5S. So for existing Inspire 2 owners, the workflow will be the same. Videos in h.264/h.265 as well as JPEG and DNG still images will be recorded on a Micro SD card, that inserts directly into the camera. Anybody with the appropriate activation key will be able to record Cinema DNG / Apple ProRes RAW video on the DJI CineSSD. The size of the CineSSD determines the video recording capacity. 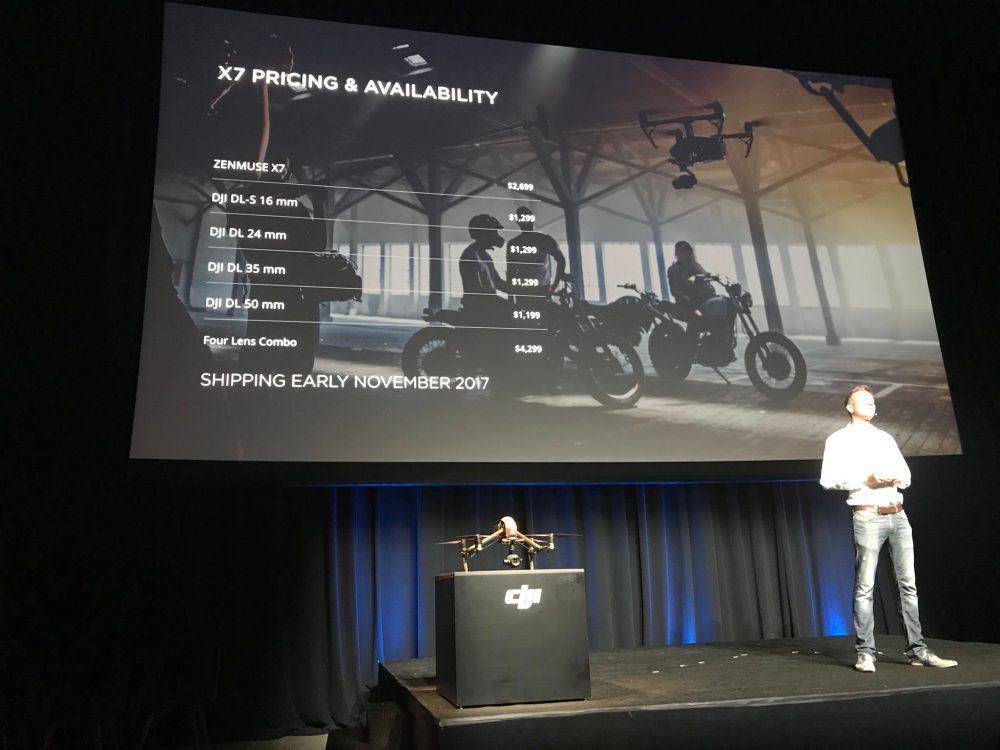 To unleash #X7's full potential, the Image Processing System on #DJI Inspire 2 has been upgraded to CineCore 2.1. pic.twitter.com/5AIV7fcLG1