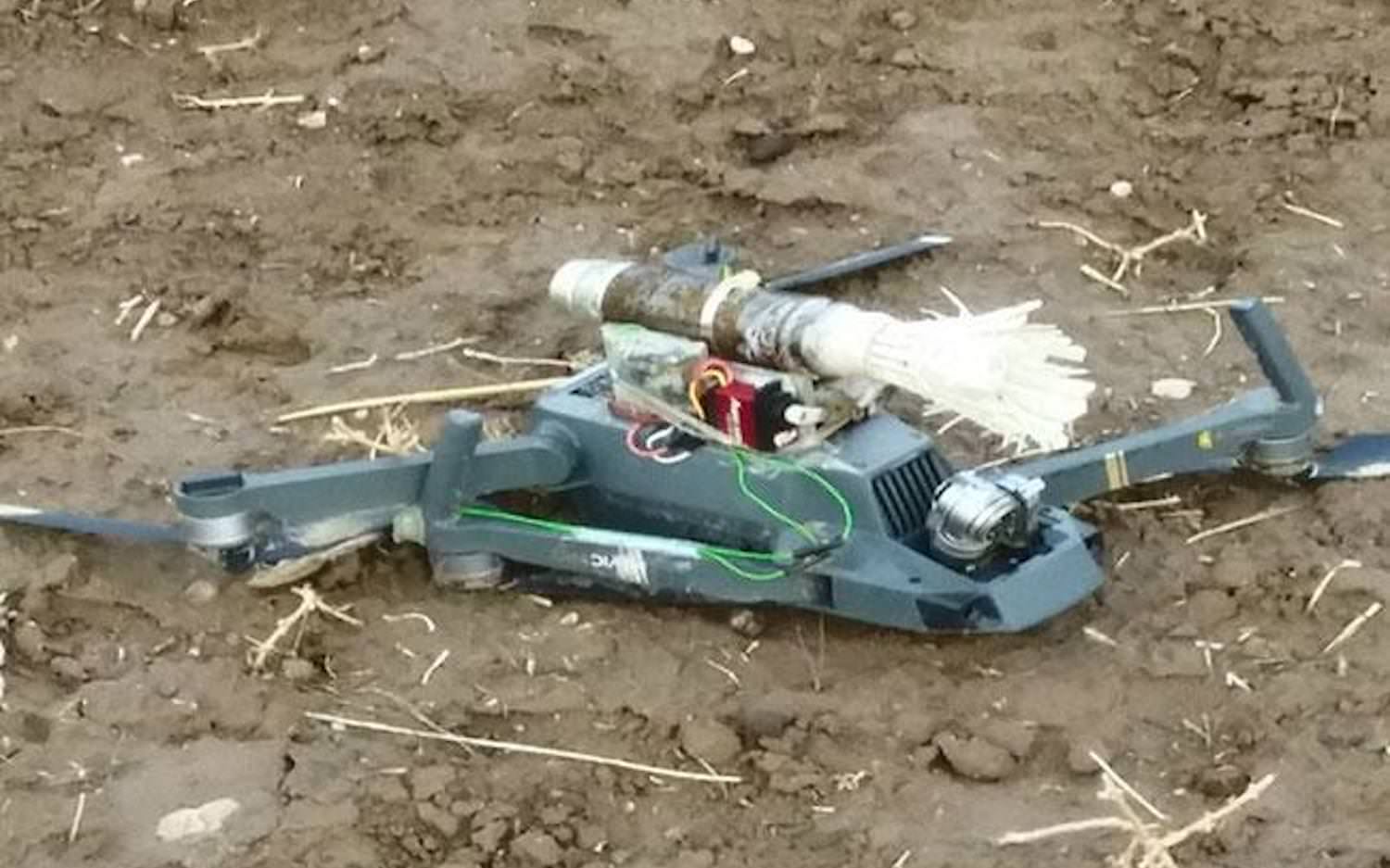 Hurriyet Daily News reported that Turkish security forces had seized a drone with a handmade explosive attached to it. The bomb rigged drone appears to be a DJI Mavic Pro and supposedly is made by the outlawed Kurdistan Workers’ Party (PKK) militants in the eastern province of Ağrı.

According to the Turkish Armed Forces (TSK),t he drone was seized in the Mount Tendürek area between Ağrı’s Doğubayazıt district and the eastern province of Van’s Çaldıran district during counter-terrorism operations. This seems to a first for the PKK, to use an unmanned aerial device to drop a bomb. The method seems to be very similar to what we have seen used by the Islamic State, Iraq and Levant (ISIL/ISIS) militants in Iraq and Syria.

The drone has the capacity to carry a mortar shell and hand bomb, which can remotely be dropped from 300 meters away, which is significantly less than the range of the drone itself.

We have seen video footage of bombs or grenades being dropped from drones but never a photo of a drone with the bomb still attached. Based on the photo below it seems to be a DJI Mavic Pro with some type of handmade electronic and remotely controlled release mechanism. It appears that a badminton shuttle is attached to the backend of the grenade to direct it during its fall. 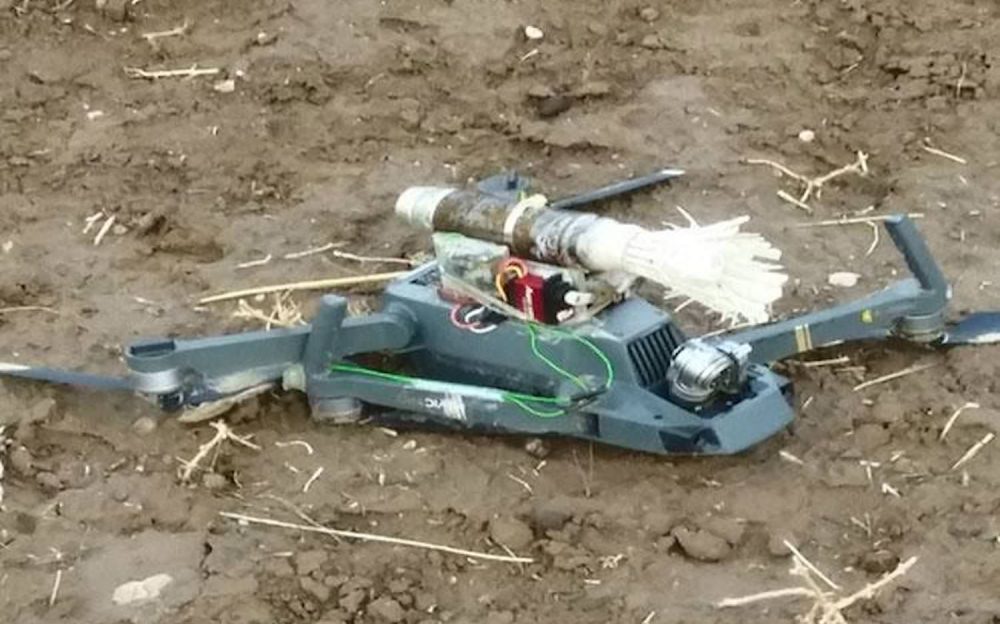 According to the Interior Minister Süleyman Soylu, members of the PKK had substantially decreased in the last few months.

Recently 115 PKK militants have been neutralized, i.e. killed, wounded or captured according to TSK, during counter-terrorism operations in Turkey and northern Iraq from Nov. 3 to Nov. 9. In a statement, the TSK reported that two of their soldiers were killed and 15 others were injured during these operations.