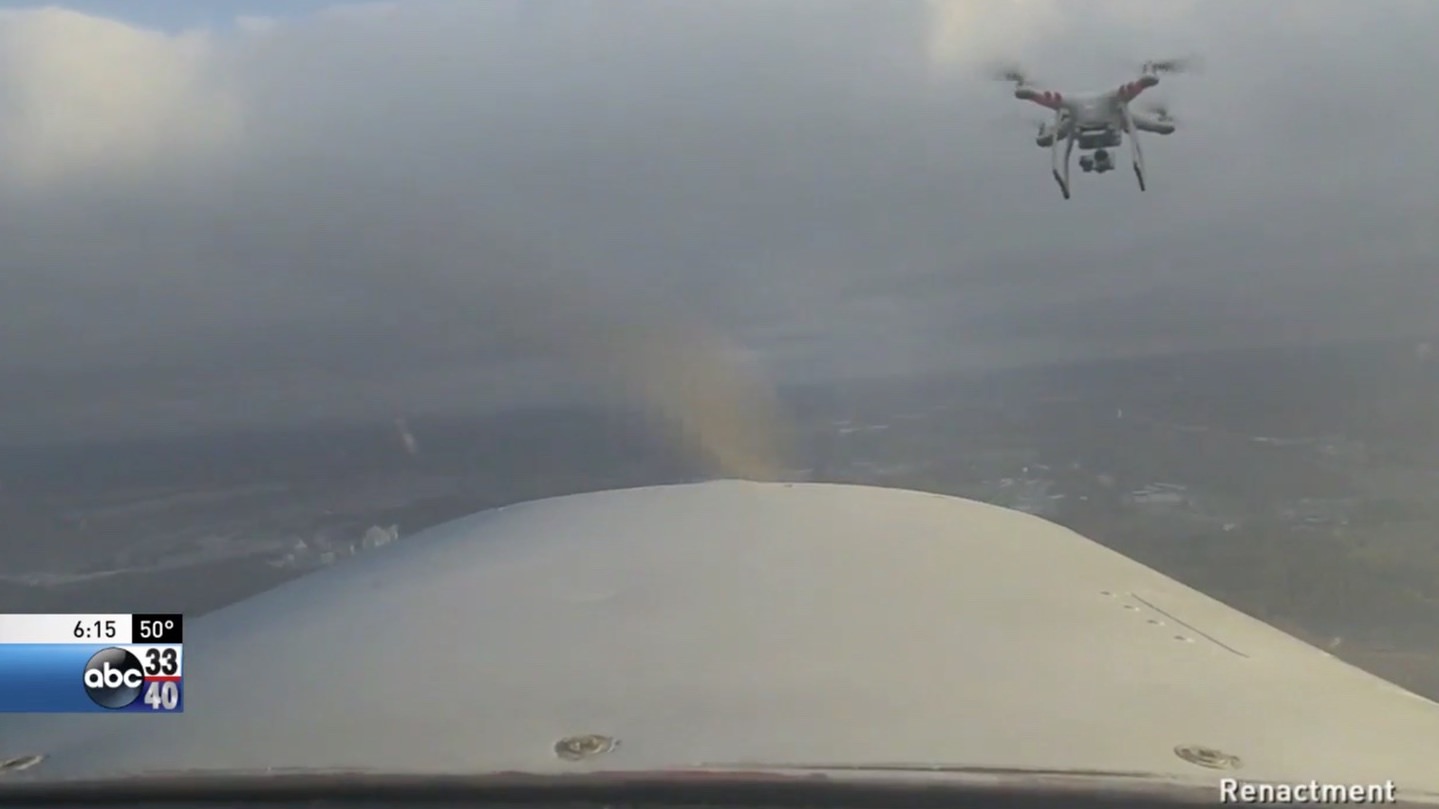 Since April 2016, there have been five hazardous or at least unauthorized drone flights reported, flying too close to the Birmingham-Shuttlesworth International Airport in Birmingham, Alabama, which happens to be the busiest airport in the state. This was revealed by ABC 33/40 after a review of the Federal Aviation Administration records. In two cases the drones passed within 200 feet of private airplanes. These reports come in the wake of other drone incidents over Staten Island, NY, Canada, New Zealand, and England.

At nearby Shelby County Airport in Calera, a Birmingham suburb, pilot Steven Smith flew right underneath a drone as he was taking off and climbing to a 2,000 feet altitude. The drone passed only 15 feet him. He told the ABC 33/40 News iTeam: ““Anytime you have a near-miss with anything in the skies, it’ll get the blood flowing”.

Two near misses at Birmingham Airport

The two most worrisome incidents at the Birmingham Airport:

February 15, 2017: A drone flew 100 feet below a Cessna C340 as the pilot’s plane approached the runway, one-and-a-half miles away from the airport. The close encounter occurred 1,200 feet in the air.

According to the Federal Aviation Administration’s (FAA) safety guidelines for drones and drone pilots. Drone are required to:

Flight instructor, Kevin Allred from Over the Mountain Aviation at the Shelby County Airport said:

“There’s no good place to be hit by a drone. If it went through the prop and hit the windscreen it could incapacitate the pilot, and then, at that point, you’re more than likely going to crash.” 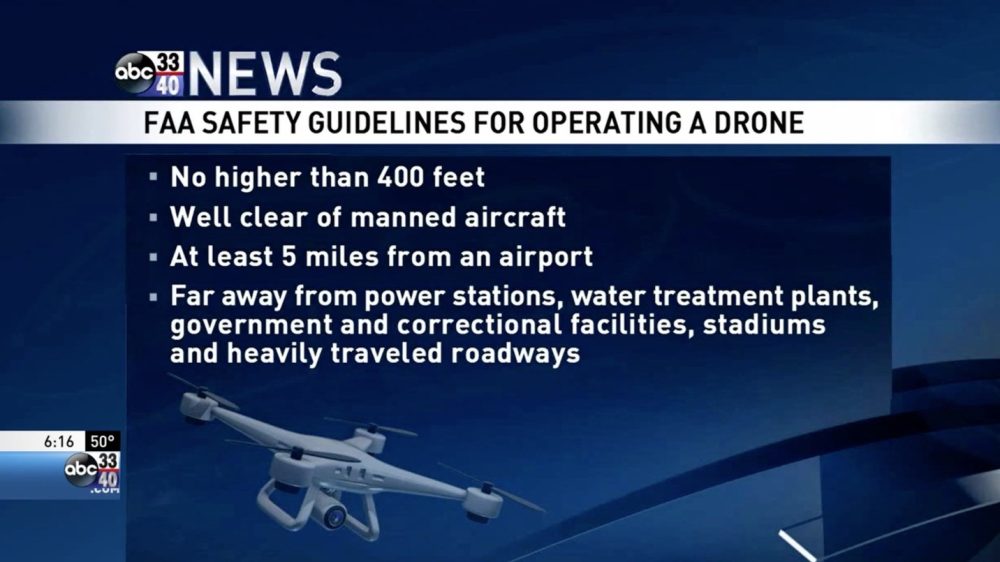 How about commercial jets?

According to Javid Bayandor, Ph.D., a professor of aerospace engineering at the University at Buffalo and founder and director of the Crashworthiness for Aerospace Structures and Hybrids (CRASH Lab) at the school and who has studied the consequences of a drone impact on commercial planes, drones can get sucked into a jet engine.

“If anything gets ingested, and you feel you have to turn off an engine, you have to definitely make an emergency landing,” Bayandor said.

The Air Line Pilots Association, International had this to say about the near misses between drones and airplanes:

“As reports of Unmanned Aircraft Systems (UAS or drone) sightings in shared airspace continue to increase, it is time for Congress to take action and remove any barriers preventing the FAA from fully regulating UAS, regardless of their operational purpose. Currently, the FAA lacks the ability to regulate recreational and hobby operations which has led to a higher degree of risk to manned operations than is acceptable. ALPA and other aviation stakeholders have repeatedly requested that Congress lift the limitations enacted in 2012 that prevents the FAA from applying important safety regulations to recreational users. By removing these barriers, the FAA would be able to ensure that hobbyists register their aircraft, operate them safely, obtain the proper pilot training and licensing, and require that UAS weighing over 0.55 lbs are equipped with appropriate technology needed to ensure the safety of our nation’s airspace.”

In a statement issued by the Academy of Model Aeronautics, it was said that:

“AMA firmly believes that all drone and model aircraft pilots should follow the appropriate safety guidelines and stay well clear of manned aircraft at all times. Safety is high priority for our organization, which is why we have a robust education program that helps our members understand where and how to fly responsibly. We’ve also worked to help those who are not AMA members understand the basic guidelines for safe operation through the Know Before You Fly campaign.”

To prevent incidents from happening it is important that hobbyists and especially new amateur drone pilots acquaint themselves with the website knowbeforeyoufly.org or download the app B4UFLY on your smartphone. Both will help you determine if there are any restrictions at the location where you would like to fly your drone.