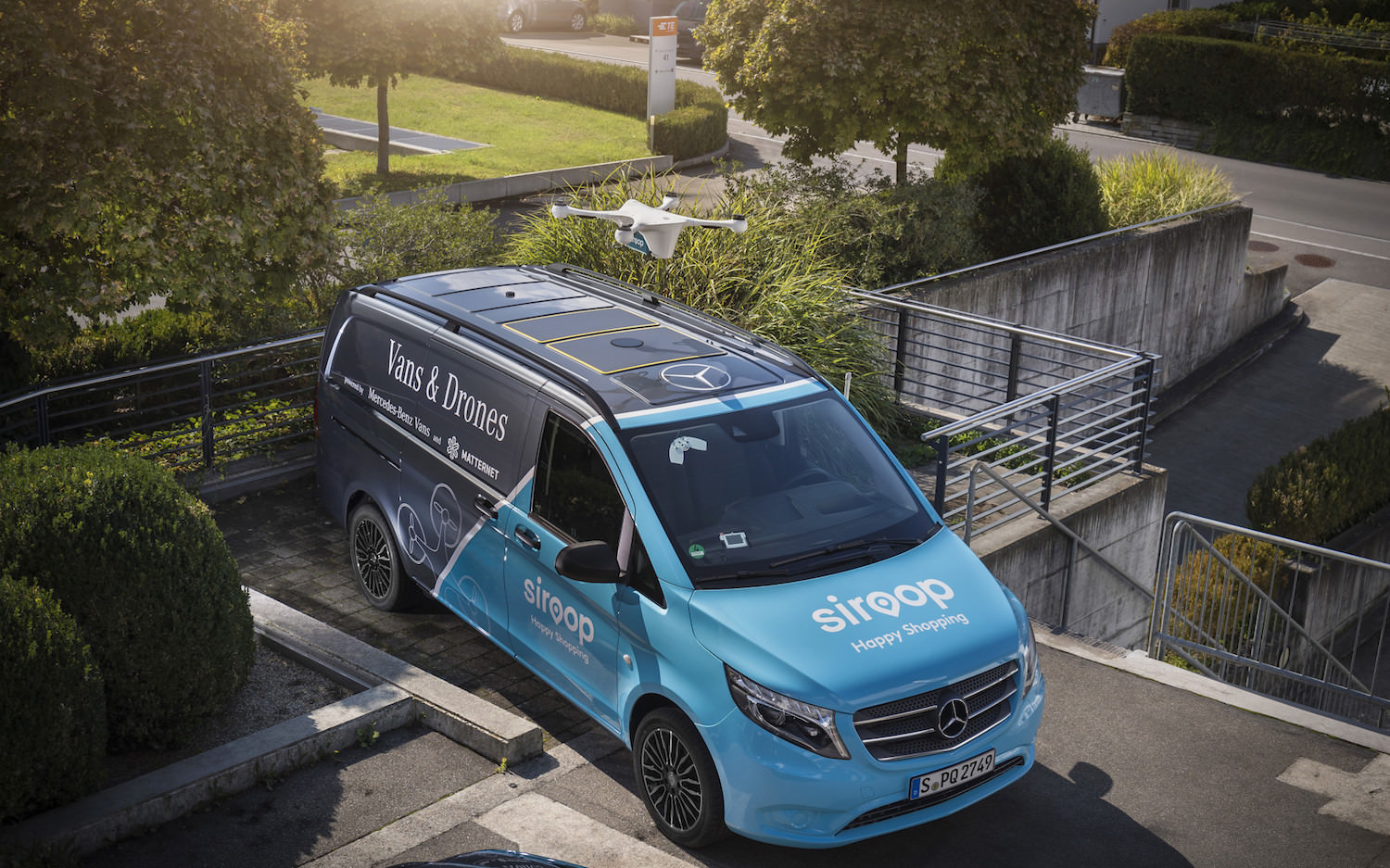 Mercedes-Benz recently completed more than 100 successful drone deliveries in Zurich, Switzerland. The unmanned aircraft delivered everyday items such as ground coffee and cellphones to Mercedes-Benz vans strategically located in the city. They were able to achieve a perfect safety record and more drone deliveries are planned for next year.

Around 50 consumers participated in the drone delivery tests. Customers using the online shopping platform Siroop would pick “airmail deals” from selected retailers for same-day delivery. The delivery drones would fly the packages to four fixed locations in the city, flying as far as 11 miles. Once the unmanned aircrafts arrived at the location, they would land on the specially designed roofs of Mercedes-Benz Vito vans. The vans would then take care of the last-mile delivery, while the drones would return home.

“Our expectations were all met — our main goals were about the technical feasibility and execution,” Corinna Elosge, who coordinates the last mile logistics vans and drones project for Mercedes’ parent Daimler AG, said in an interview with Bloomberg. “We’re really, really satisfied because we had a perfect safety score.”

The drones used in the Mercedes-Benz tests are made by the US company Matternet and delivered packages on 11 days during a three-week test. Last year Daimler said that it was researching the viability of using drones to speed up delivery times for online orders. This is part of a $597 million effort. Even though the drones did not deliver the packages to the customers’ doorstep, they were able to bypass much of the inner city traffic and congestion. 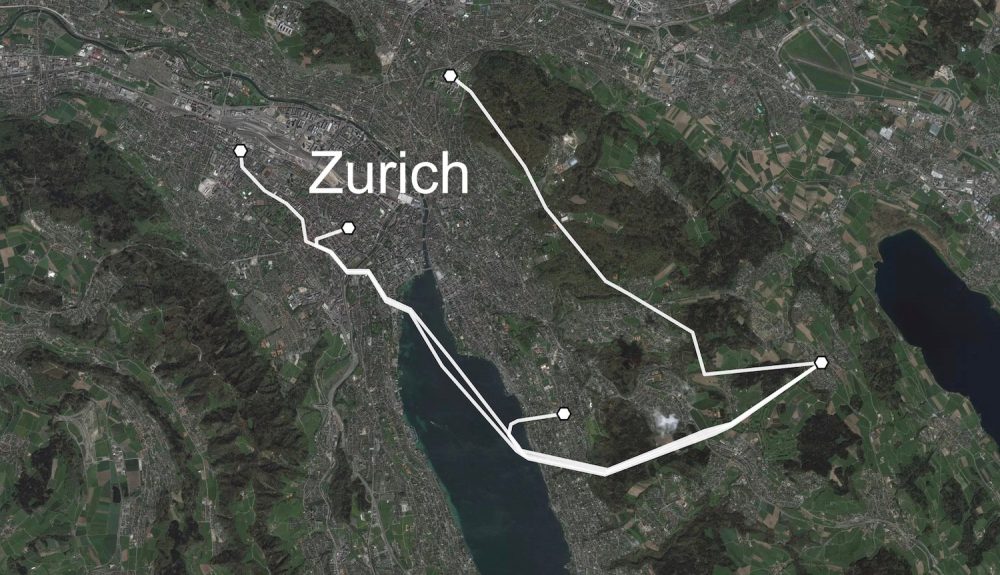 With online sales booming and more customers wanting to receive their orders as soon as possible, companies like Amazon, Google, Walmart, UPS, and 7-Eleven are looking to drones to help speed up delivery times. One challenge remains the ever-changing and developing regulation of unmanned aircraft. Overall the drone deliveries were a success and Mercedes-Benz is planning to not only increase the number of deliveries next year but also to individual vans parked at random locations in the city of Zurich.

“Regulation is a decisive factor for us,” Elosge said. “We are working cooperatively with authorities and are ready to engage with them about our experiences because we feel governments do depend on insight from industry as they want to learn more.”

This week the UK, where Amazon is testing with drone deliveries, announced stricter rules to be enforced as early as next year. Australia, a country that DJI points to as having some of the best drone regulations in place, is home to Google’s drone testing. Here in the US, we are expecting to see more drone testing and drone delivery testing to start soon as part of the recently announced The “Unmanned Aircraft Systems Integration Pilot” program.

What do you think about drone deliveries? Do you foresee the FedEx and UPS vans being replaced by drones in the future? Let us know in the comments below.