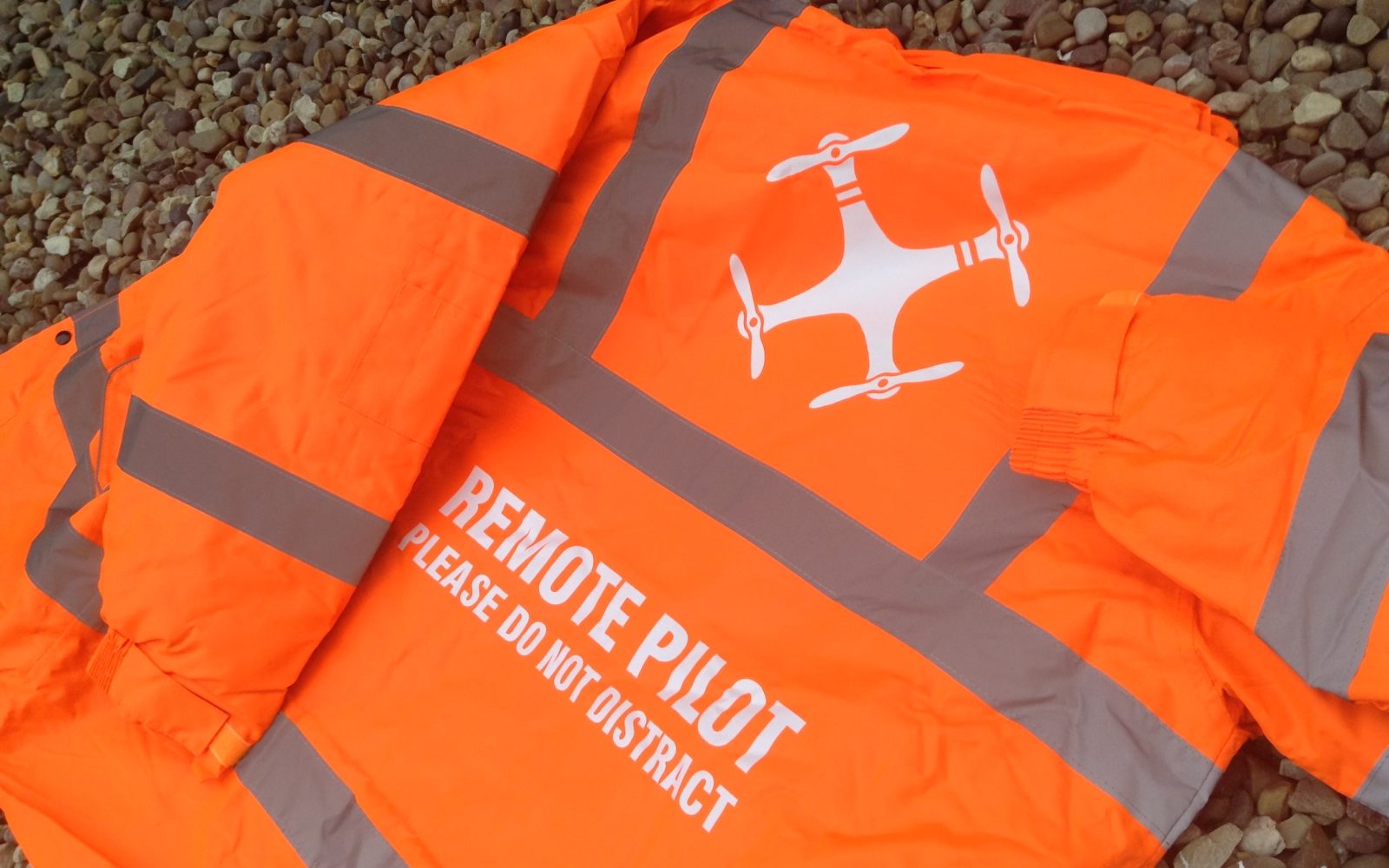 The US Department of Transportation and the Federal Aviation Administration released an “Information for Operators” memo today in which they recommend the use of reflective vests by small unmanned aircraft systems (sUAS) remote pilots. These orange vests should have text on them such as “Drone Pilot Please Do Not Disturb”, “Drone Pilot Stand Clear”, “Drone Pilot” or similar warnings against distracting the person wearing it.

Recommended Action: In order to help bolster public awareness of sUAS operations and reduce the number of calls and distractions, the FAA recommends that remote pilots and other sUAS flight crew members wear brightly colored and reflective vests during flight operations. By taking this simple action, the sUAS flight crew can demonstrate that they are accepting responsibility for the activity and that they are intending to operate in a safe and compliant manner. The vest should have wording on the back identifying the individual as the remote pilot, visual observer, or crew. The vests should have the wording such as “Drone Pilot Please Do Not Disturb”, “Drone Pilot Stand Clear”, “Drone Pilot” or similar warnings against distracting the person wearing it.. It is also recommended that other crew members, especially the visual observers, have vests stating their designation as part of the flight crew with similar wording not to disturb them while performing their duties.

A vest as described above is easily distinguishable and often used by other safety-centric personnel such as construction and utility workers, airport ground crews, and railway personnel. The vest may reduce the likelihood that someone will approach or query an sUAS crew member engaged in safety-sensitive duties and will also help preserve a “sterile cockpit” for these operations.

Granted these vests may not complement your regular attire, but according to the FAA, they will help in reducing the number of unnecessary phone calls to the police. The vests may also reduce the risk for commercial drone pilots being disturbed in their legitimate work.