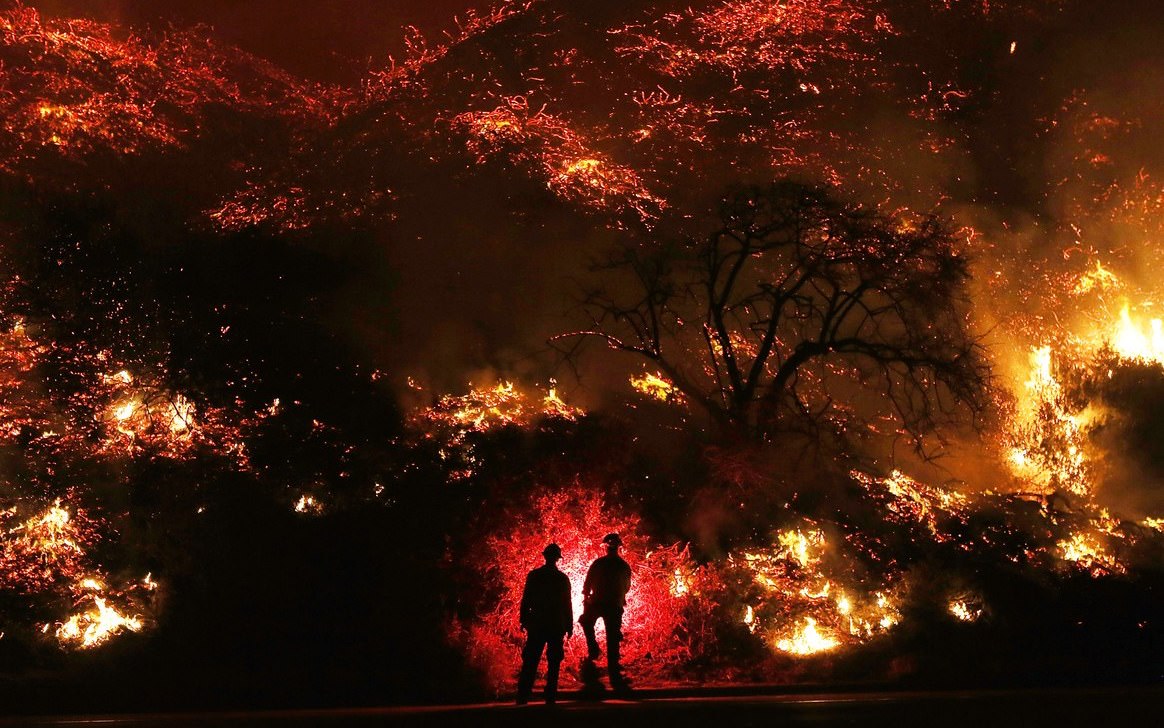 “For the first time ever, we’re going to use our drones,”

said Chief Ralph Terrazas of the Los Angeles Fire Department at a news conference on Thursday as blasting winds turned the Californian landscape into burning hellscape. As of Friday afternoon, more than 500 structures have been destroyed and 200,000 people have been displaced by the raging fires.

Drones are a big help in fighting fires

The drones have been used to survey damaged property as well as to observe the remaining hotspots with the help of infrared cameras. The drone flights lasted about 30 minutes each and have been very useful. The firefighters said this was just the start of drones making their headway into the fire department’s equipment.

Before launching the drones, the fire department needs to clear the flights with the FAA and obtain a “Certificate of Waiver or Authorization”. So far seventy firefighters have received their pilot’s certification and the LA fire department has spent USD $50,000 on eight drones. According to the fire department, these drones will pay for themselves quickly as they are much cheaper than outfitting helicopters with infrared cameras.

The future it seems will include more firefighting drones and human-free helicopters, according to Wired. At a much lower cost, these alternatives could both bring firefighters to the heart of the blaze as well as air-lift victims away from danger.