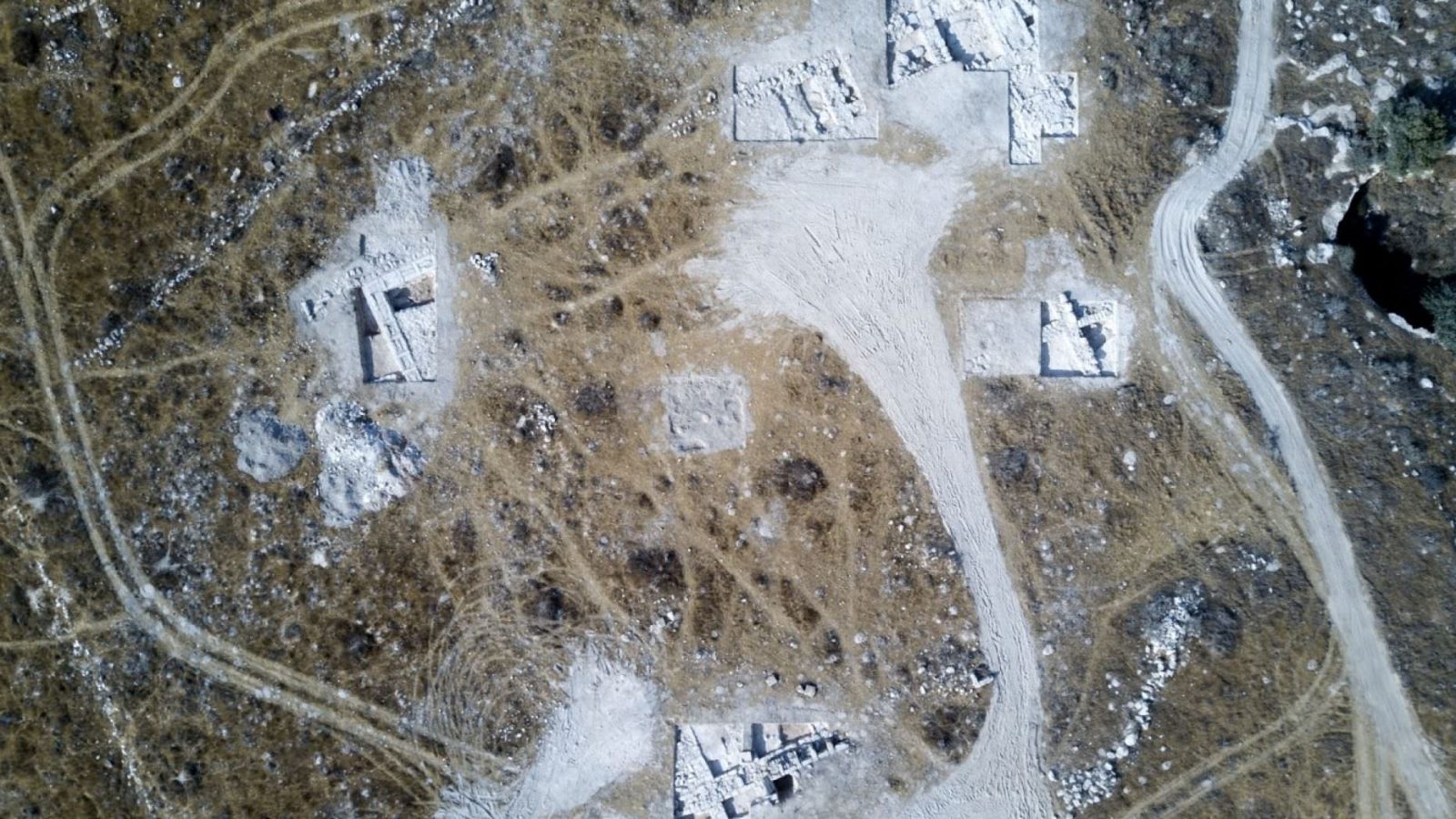 Drone technology aids in the discovery of a mysterious ancient structure at a military training ground in Israel. Archaeologists used a camera-equipped drone to locate a 2,200-year-old structure in the heart of an Israeli military training area. The structure, which could be a temple or a palace from the ancient Idumean culture, dating back to the Hellenistic period, when Greek influences were strong in the region, has been excavated by a team of experts from the Israel Antiquities Authority and the Hebrew University of Jerusalem.

Inside the structure, an image of a bull was found. It is located in the Lachish region of Israel, where the Idumeans, a Semitic people originating in southern Jordan, settled in the Judean foothills.

“If this was indeed an Idumean palace or temple, it is a rare and exciting find – similar structures in this country can be counted on the fingers of one hand,” explained excavation directors, Dr. Oren Gutfeld of the Hebrew University,, and Pablo Betzer and Michal Haber of the Israel Antiquities Authority, in a statement, reported byFox News.

The team used a drone outfitted with a camera to help locate the structure. “This technology helped us choose where to focus our excavation probes, and, indeed, it very quickly emerged that this was, in fact, a unique discovery,” the archaeologists said.

Two stone incense altars were found inside one of the structure’s rooms. One of them bears the carved image of a bull and stands in what seems to be the façade of a temple adorned with magnificent columns. Experts think that the decorated altar and the bull engraving may represent a deity worshipped by the Idumeans. It is considered to be a very rare find.

Students from Bar-Ilan University and volunteers from the U.S. participated in the excavation, in which various items such as pottery vessels, painted bowls, juglets and oil lamps were found, according to the Israel Antiquities Authority and the Hebrew University of Jerusalem. Furthermore, hidden underground spaces and tunnels were also found at the site.

Technology, such as drones and satellite imagery, is being used more and more by archaeologists. Recently experts used spy satellites to help identify the location of an ancient lost city in Northern Iraq. In another case, archaeologists discovered a stunning 1,500-year-old Christian mosaic in the ancient Mediterranean coastal city of Ashdod-Yam, now part of the modern city of Ashdod.