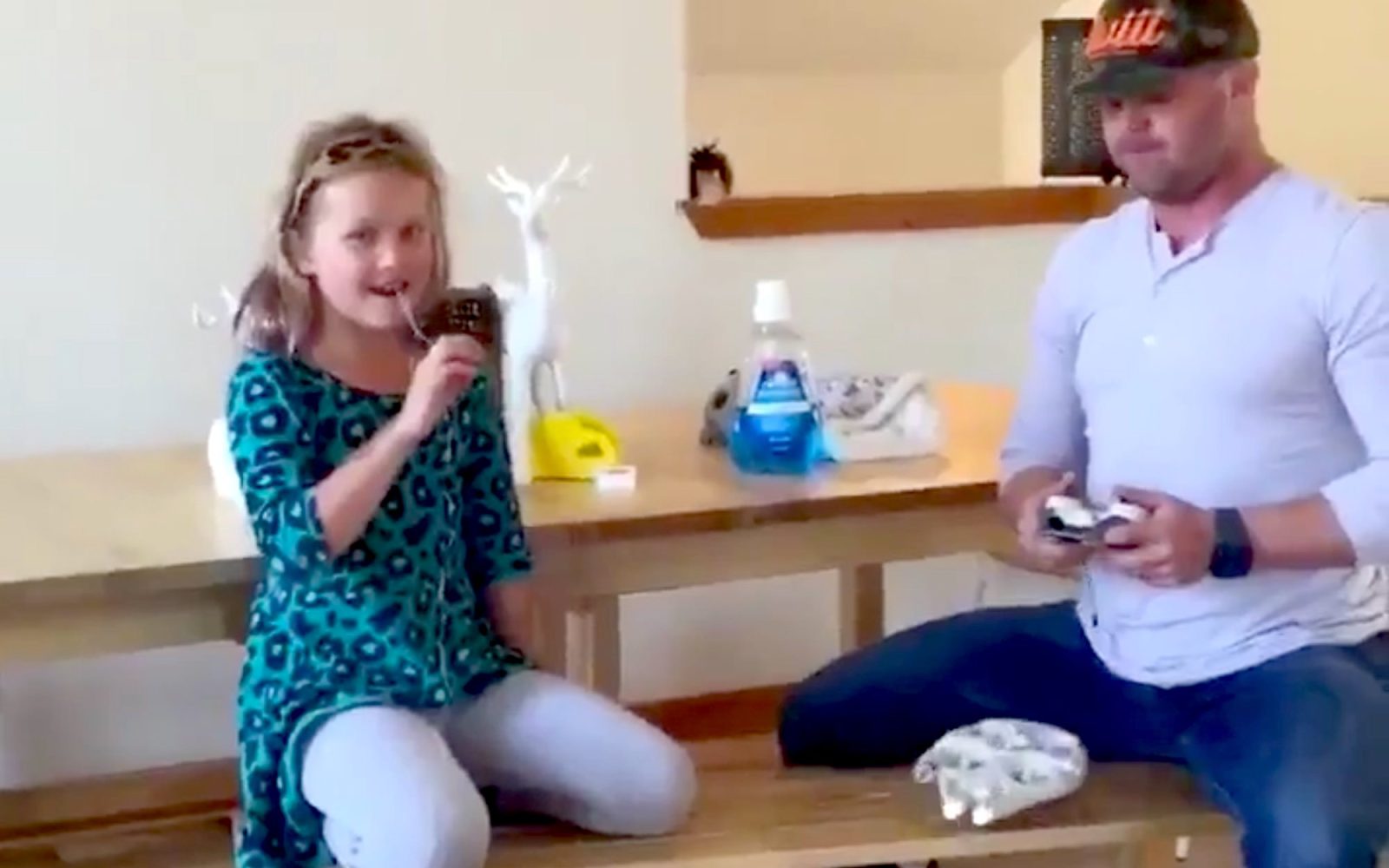 This video just came across our desk. Kelly Starrett, also known from MobilityWOD, uses a Millennium Falcon drone to pull his daughter’s tooth out. As Starrett launches the drone, you can hear his daughter say: “I am not so sure!” Initially, we thought that maybe the drone would not have enough pulling power, but as you can see in the video it went surprisingly well. To both the farther’s and daughter’s surprise, the tooth got pulled out quickly and seemingly without much pain. Not sure if this will become the recommended way of pulling teeth, but as the video shows, it can be done.

Recently we have seen more stories in which drones are being used in surprisingly new ways. Take, for instance, the sheepherder in Iceland, the Japanse go-home drone, propaganda dropping drone, Fire Island fishermen, and the (melted) volcano filming drone.

If you have made a video, or come across stories or videos, in which drones are being used in unusual or original ways, be sure to let us know and we will share it here on our site.

We are curious to see what will be next!

The Millennium Falcon Tooth Pull may still be my finest moment as a father. Ever. Happy Star Wars People! #tbt pic.twitter.com/6RK2UDMyoK