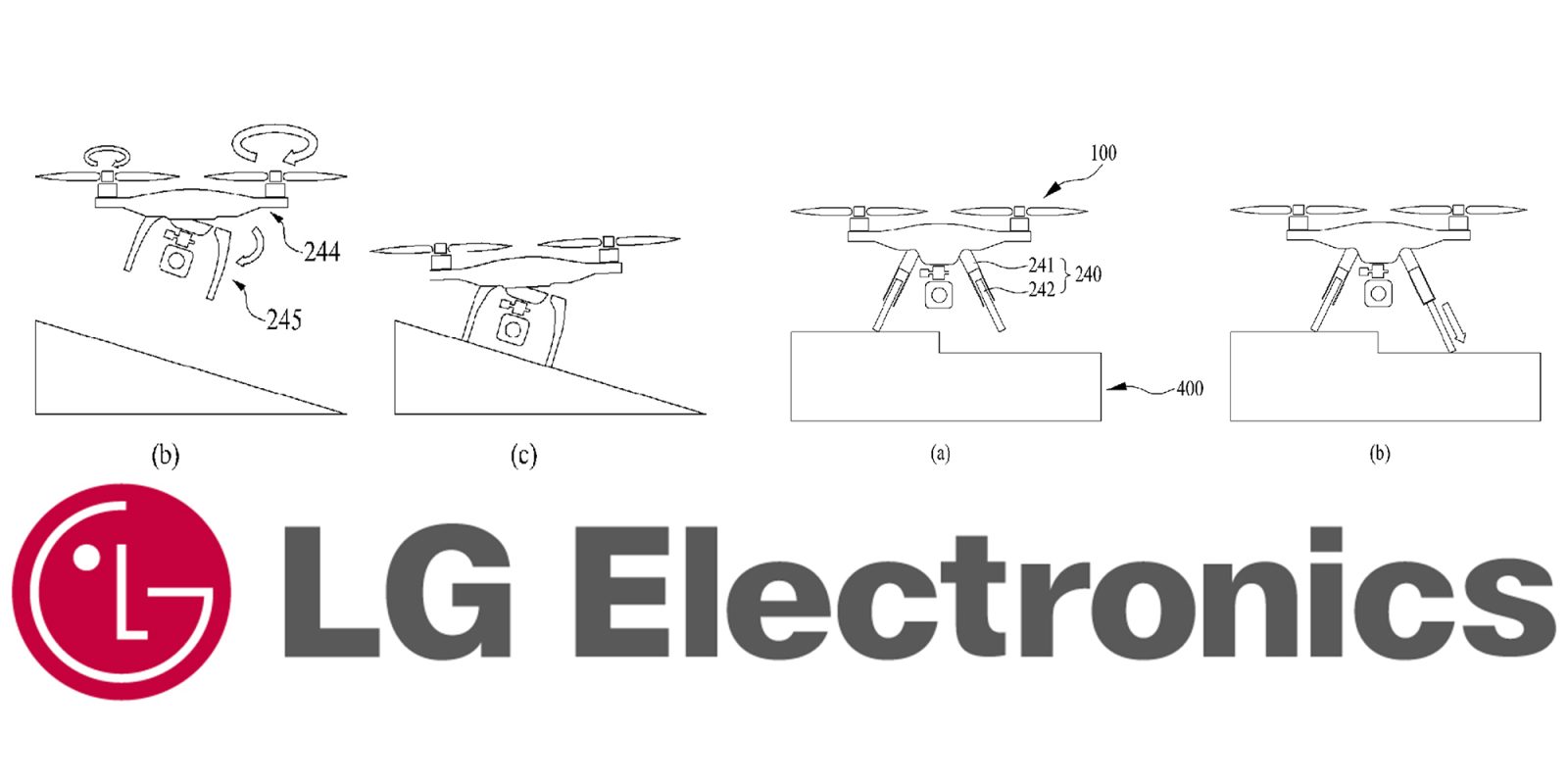 Is Korean-based, LG Electronics going to get involved in the drone industry? That is a question that has been on people’s minds for some time now. LG is a very competitive electronics giant and has been expanding in the automotive and VR space. Recently they partnered with Huawei to deliver 1.5Gbps connectivity to customers from 300 feet altitude using a drone. And now with this new patent, that was made public on December 14, 2017, it seems that LG is getting serious about the drones.

The new patent from LG, that was filed with the World Intellectual Property Organization in Europe, shows several ideas for advanced landing systems to prevent a drone for tipping over when landing on uneven surfaces. First, the multicopter drone would be able to detect the terrain on which it is about to land. The lift generated by the individual propellers can be adjusted to accommodate for the unevenness in the terrain. Secondly, the drone would have an adjustable landing contraption where the legs can be extended individually if needed. Or in case of a sloping terrain, the entire landing system can be angled to accommodate.

The drone LG Electronics is using in their diagrams resembles a DJI Phantom 4 drone. The way the Phantom drones are designed does make then more tippy and similarly designed drone may indeed benefit from an anti-tipping or intelligent landing system as explained by LG. However, newer drone designs such as the Mavic Pro places the legs on the very tips of the arms, and by doing so creates a much larger and more stable footprint. It seems that such an ‘advanced’ drone design would make LG’s invention no longer necessary.

Of course, filing a patent doesn’t mean that LG Electronics will be launching into the drone consumer market for sure. Sometimes companies never follow through with patent filings or only file to protect ideas that they may or may not ever use.

LG’s patent was discovered by Let’s Go Digital. You can download the full patent document here.