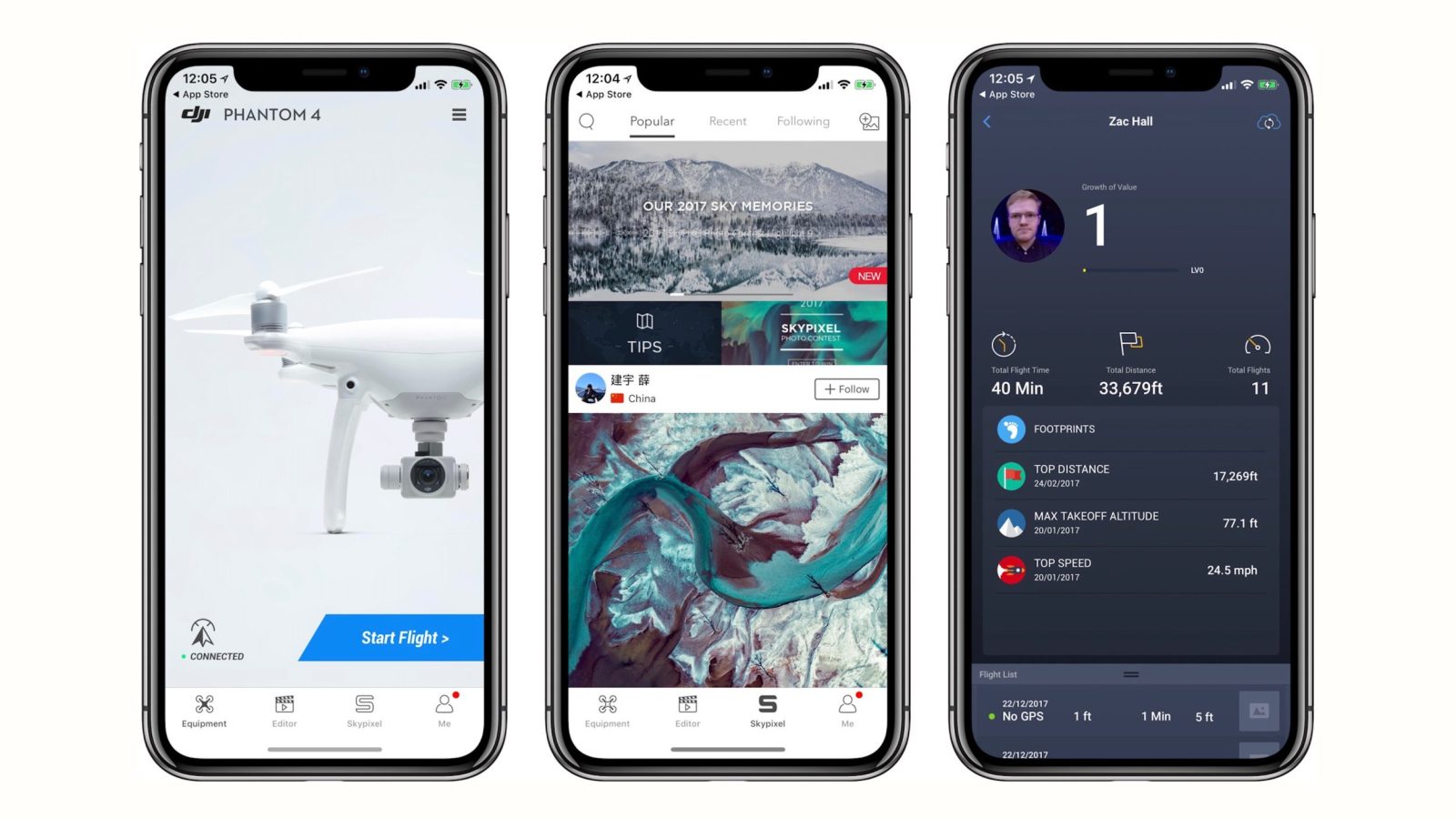 Good news for DJI drone pilots using iPhone X as your controller’s viewfinder: DJI 4 for iOS now goes full screen on the larger 5.8-inch Super Retina display. DJI’s iPhone app has been letterboxed on the flagship iPhone since it launched in early November.

iPhone X screen optimization starts on the launch screen and extends to the video editor, community gallery, and profile screen. Both live photo and video feeds from your drone’s camera will still be boxed during flight just like the iPhone X’s Camera app since the capture aspect ratio is different than than iPhone’s display and cropping would omit content from the viewfinder. The update does enhance on-screen control layouts during flight, however, which provides are more full-screen experience when flying.

For iPhone X users, here’s the before and after you can expect:

Grab the latest version of DJI 4 for iOS on the App Store.