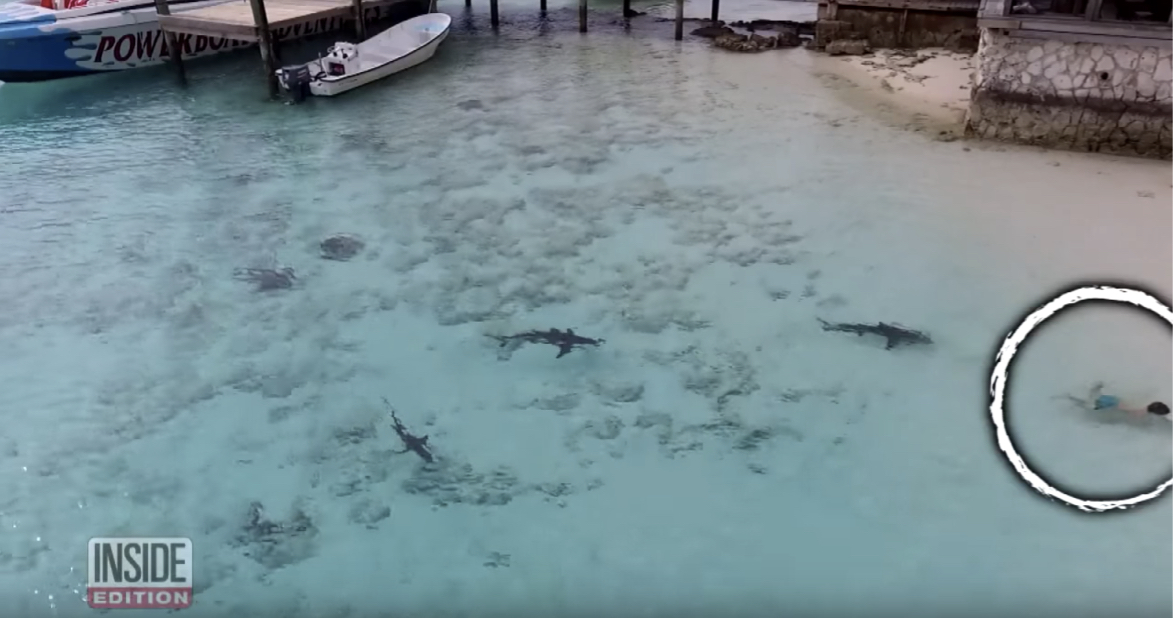 Drone pilots spot sharks in coastal waters often enough that we have an entire category dedicated to the topic here at DroneDJ, but not always do these encounters mean a potential life saved thanks to an eagle-eyed quadcopter pilot. In the latest of these stories, a drone pilot spotted a young boy swimming near sharks in the Bahamas, and yelled to alert him of their presence just in time…

Shark attacks are relatively rare in the grand scheme of things — from 2005 to 2014, six people per year died worldwide on average — but it’s crazy to see just how often drones capture these potentially deadly encounters. Just last week, we told you about a swimmer in the mediterranean sea who was captured via drone swimming near a shark that was bigger than him — about 8 feet long.

Check out the video about the boy swimming in the Bahamas below.