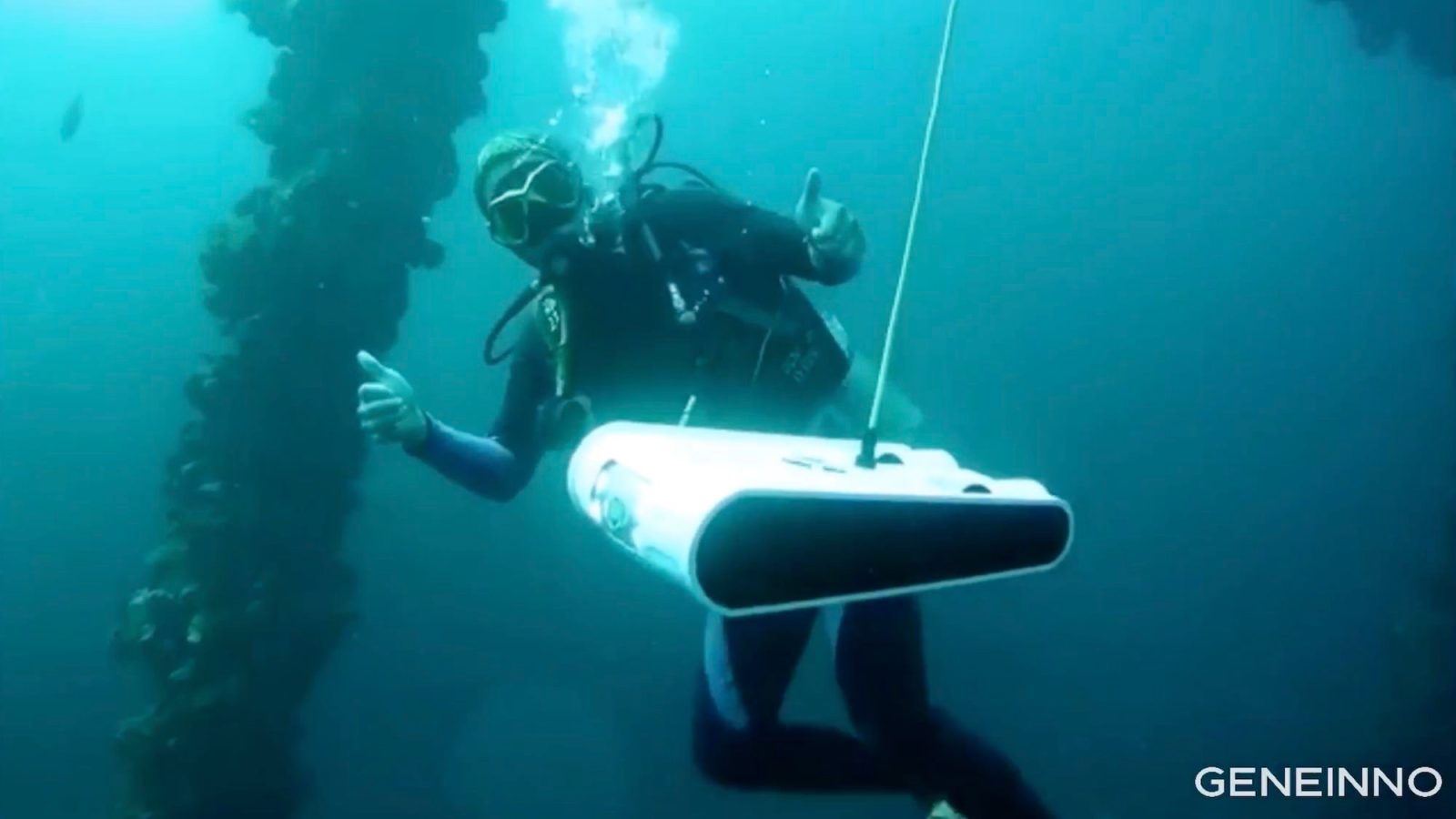 If flying is not your thing but you have always been interested in underwater exploration, then this may be the drone for you. It is called the Geneinno Poseidon 1 underwater drone and it will be displayed at CES this year.

It comes in two colors, white and bright orange. The Poseidon 1 is a tethered underwater vehicle that is capable of reaching depths of 360 feet. The underwater drone can operate for 5 hours, features a 1080p  full HD camera and is ‘underwater optimize’. I imagine that means white balance or low-light optimized, but I am not sure. There may also be another version of the Poseidon or an entirely different drone, called the Titan. Both the press release (see below) and their website are a bit vague to me. Hopefully, Poseidon can provide us with more information and specs on this underwater drone, when we meet them at CES next week.

The Poseidon 1 in action 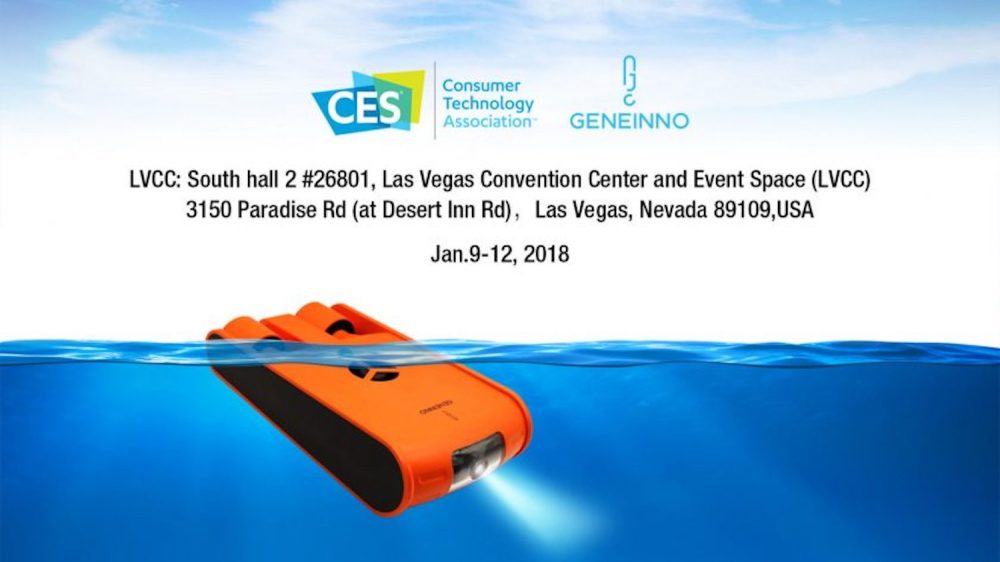 Since 2013, GENEINNO has stood out as a company willing to push forward the discovery of the underwater world by incorporating creativity, research and exploration. From intelligent robots to powerful underwater drones, GENEINNO has always given its fans reasons to stay in the game.

At CES 2018, GENEINNO will showcase Poseidon I, presenting its special features to loyal fans and the general public. Among other exciting displays, the company wants to show audiences how modern technology can and will help to make the most use of precious resources underwater.

Furthermore, the new generation of Titan, which comes with a 4k camera and 150-meter-depth capacity will astonish the audiences. Six thrusters bring a more powerful impetus. Four thousand LED lights also illuminate the world under the surface of the water. In addition, Titan has more features which can be discovered live at CES 2018.

The fans who have experienced GENEINNO technology are excited. Many consumers cannot wait to see this ready-to-dive camera in operation. The fact that it is easy to connect with any devices, underwater optimized, and has a full HD camera with 1080p video streaming and recording capability, will amaze the audiences with no doubt.

Among other features, Poseidon has a deep sea exploration capability of 120 meter under the water. Its onboard rechargeable lithium batteries give up to 5 hours of uninterrupted underwater exploration experience. It can also deliver unprecedented connectivity with Wi-Fi topside units. Poseidon is expandable and easy to upgrade, allowing for more updated add-ons and modules. Its speed is quite high, reaching up to 2 meters per second. For even more advanced connectivity and control, Poseidon comes with a powerful Bluetooth controller. Meanwhile, Poseidon’s sensors enable it to detect and identify the depth and the temperatures underwater. All these amazing features are what a diver eager for when choosing a drone.

Being at CES 2018 in Las Vegas will give consumers an opportunity to experience cutting-edge technology brought by GENEINNO.