ActiveTrack on the DJI Mavic Air – Does it keep up with a changing elevation? 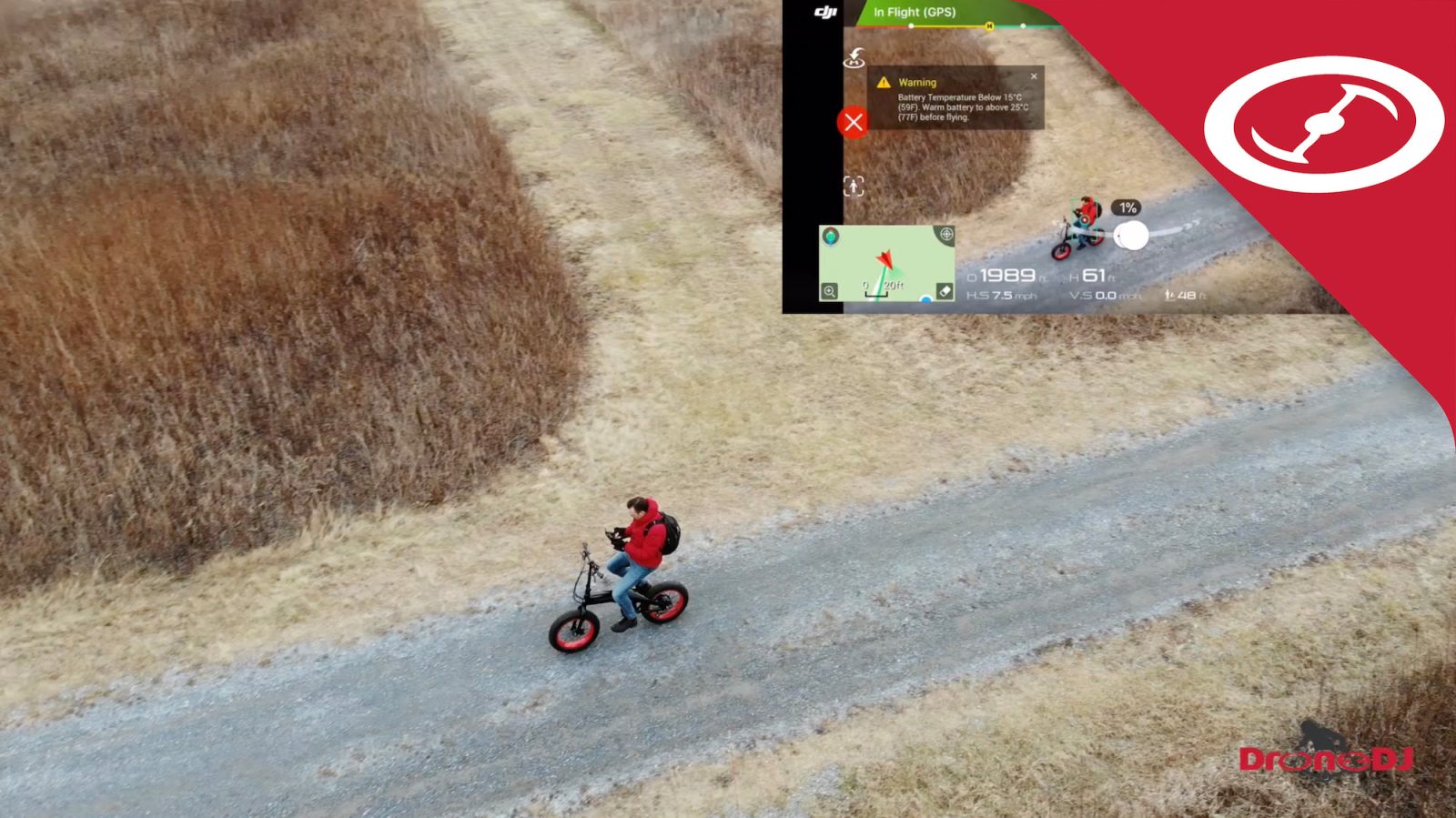 How well does the ActiveTrack functionality work on the DJI Mavic Air when the elevation changes? I biked over a hill to find out.

All is ok going uphill

The DJI Mavic Air follows me up the hill quite well. It tries to maintain a consistent angle relative to me and it tries to keep me centered in the frame. I did notice that the drone is not very consistent with maintaining the same speed as me. You can see in the video that at times it flies too fast, then slows down, falls behind and picks up too much speed again, resulting in not very smooth footage.

The DJI Mavic Air does not offer the Follow-Me functionality we know from the Spark, Mavic Pro, and Phantom series. The newest DJI drone only offers you ActiveTrack. When flying the drone directly from your smartphone, ActiveTrack is limited to 100m or 300ft. I flew it from the controller and in that case, you can use ActiveTrack for as long as your battery will last or ActiveTrack is able to keep tracking you.

Early on in my test, the DJI Mavic Air lost me for a few seconds but then it found me again and automatically re-established ActiveTrack again. While using the ActiveTrack mode you can send the drone in a larger circle around you, clockwise or counter-clockwise. While doing so the Mavic Air does a good job keep you in the center of the frame.

It all went downhill from there

What has your experience been like using ActiveTrack on the new DJI Mavic Air? Let us know in the comments below.