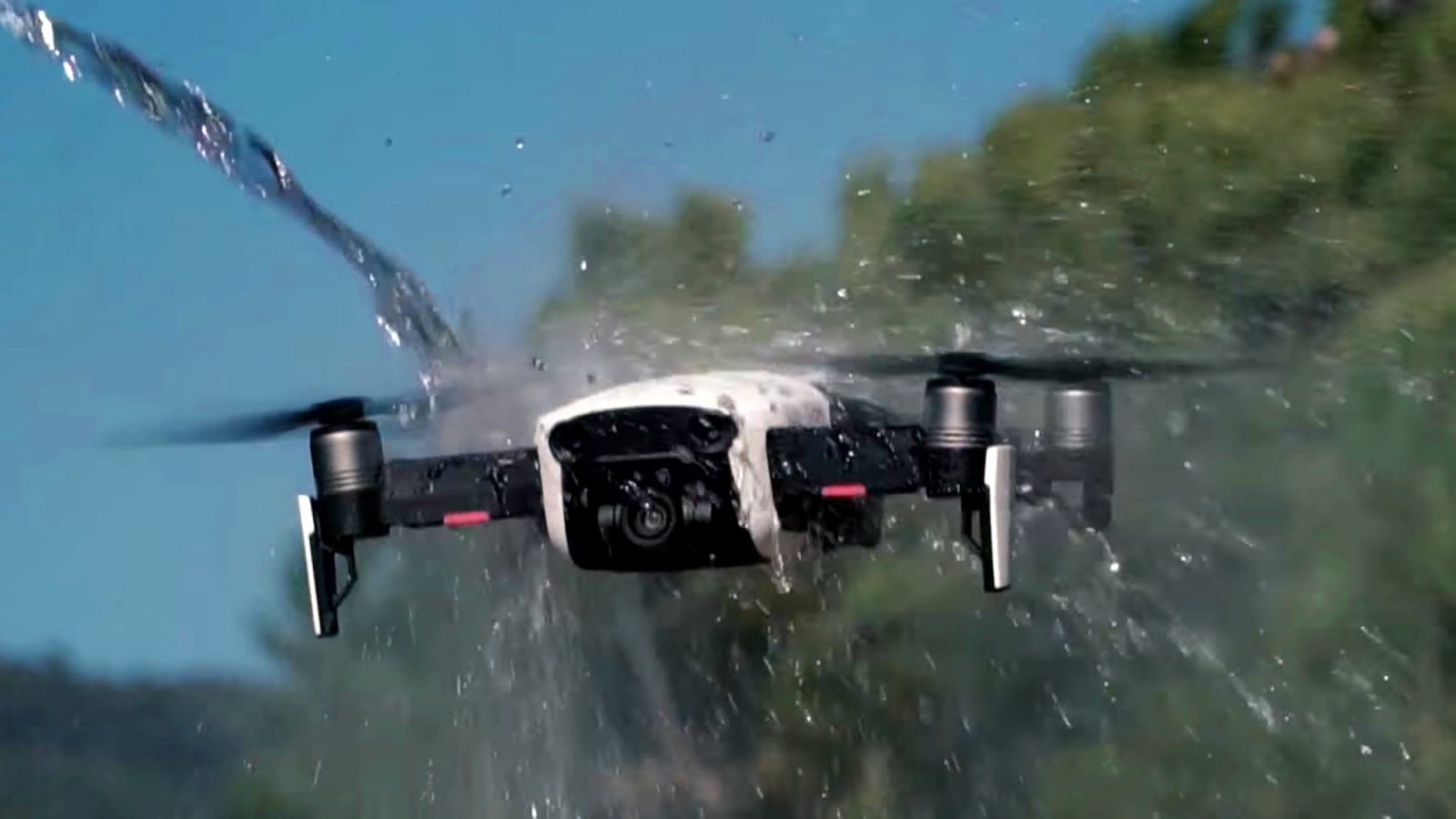 Take look at this video. The DJI Mavic Air may be the most robust unmanned aerial vehicle ever built by the Chinese drone manufacturer, DJI. The new drone undergoes and survives severe punishment in a series of tests. The video starts out with some warm-up tests, like the forward and rear sensor test, but pretty soon things get more serious and the little drone gets shot at, doused with water and flown into a tree at high speed.

All in the name of science and requested by YouTube followers, the guys from We Talk UAV set out to put the new DJI Mavic Air through a series of brutal tests. It all starts out pretty easy with some warm-up test such as flying the drone forwards and backward towards a tree to test the obstacle avoidance sensors. Things turn for the worse quickly after as they move on to hitting the drone with a balloon and shooting at it with a BB gun.

Before we get to the harshest challenges for the Mavic Air, the drone is tested by having it lift its smaller brother the DJI Spark and trying to land the Mavic Air on top of the Mavic Pro, which it didn’t do because of the downward facing sensors. The new Advanced Pilot Assistance Systems (APAS) proofs to work well and easily avoids the tree.

Then the first tough test starts. A water bottle is being emptied onto the DJI Mavic Air. It seems that this has no effect on the drone at all as it steadily keeps flying. You would expect the electrical systems of the drone to fail and send it crashing to the ground but no, it simply keeps flying as if nothing has happened.

After trying to fly the drone with one propeller improperly attached (doesn’t work), they proceed to fly the Mavic Air into a bush. No biggie. Into a tree. Still no problem. And then fly it into the same tree but now in sports mode. The drone is flying fast towards the tree and bounces off it after impact. You would expect the drone to be totaled. When they pick it up, the gimbal is shaking erratically as a last sign of life… However, after restarting the Mavic Air, the drone flies again as if nothing ever happened. Only later do they notice that one of the propeller tips have broken off.

The guys from We Talk UAV are properly impressed with the performance and survival skills of the DJI Mavic Air and so are we!