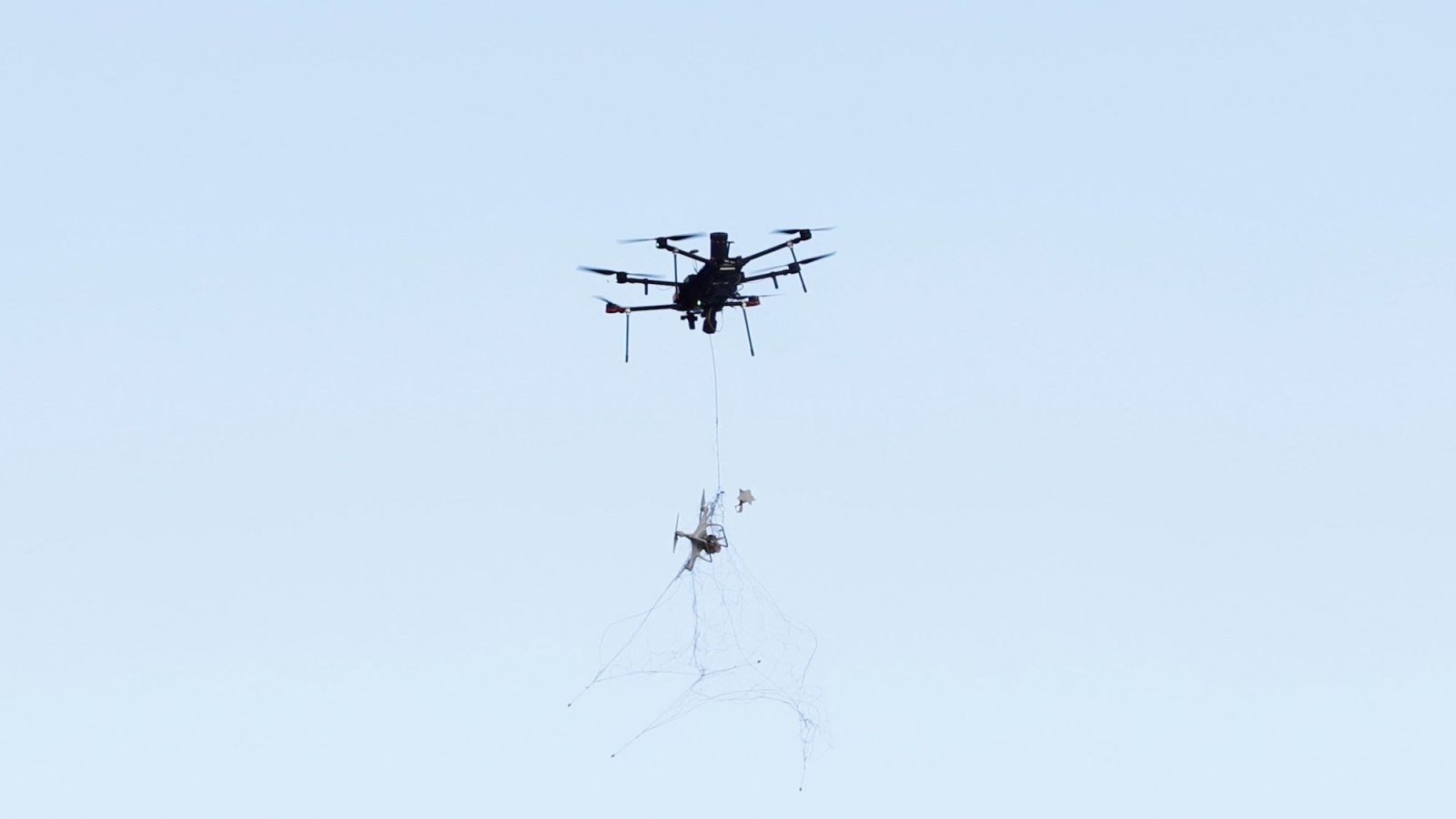 Organizing the Winter Olympics is a massive undertaking in itself and one part that has become increasingly important, and more difficult, is to make sure that the event will take place without any threats to the safety and security of the athletes and spectators. Nowadays, the possible threats include attacks by drones. We have seen before, that drones have been used to drop bombs, distribute propaganda during sporting events and deliver contraband to prisons. To be concerned about drones being used to disrupt the Winter Olympics, unfortunately, is a very real possibility.

Security drones will be used to catch rogue drones

Possible threats to athletes and spectators are no longer limited to the ground. As we have seen before in countries like Syria, drones can quite easily be adapted to attack from the air by dropping grenades, small bombs or possibly chemicals.

To make sure that the 2018 Winter Olympics in Pyeongchang, South Korea will occur without any drone attacks, special safety precautions have been made. Drone-catching drones will be deployed and are able to cast nets over rogue drones that are considered to be a threat to the event. In addition to the drone-catching drones, security forces have been training to shoot drones down.

Apart from the Winter Olympics, South Korea had already been beefing up its defenses against drone attacks, potentially coming from North Korea. A state-run think tank in South Korea has stated last March that North Korea may have as many as 1,000 drones, possibly with chemical or biological weapons, ready to attack the South. In the past, North Korea has sent drones across the border on spy missions, some of which have been captured by the South.

With the recent addition of North Korea to the Winter Olympics, the perceived threat from the North has subsided somewhat, but Kim Jong-un is unpredictable and the South is not taking any chances. Of course, threats to the games are not limited to North Korea but could also come from small terror groups. Last December, South Korea preemptively deported 17 foreigners in an anti-terror move. 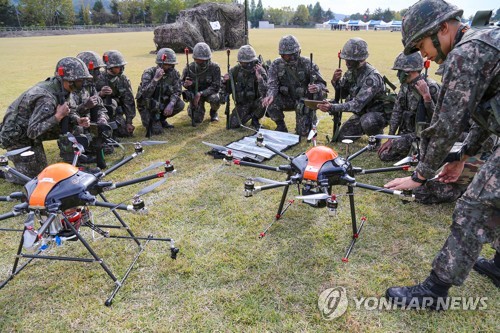 South Korean troops use reconnaissance drones during training in this file photo provided by the Korea Army Academy at Yeong-Cheon. (Yonhap)