Muscle-Up, this one-take drone video will blow you away! 2x prize winner at the Los Angeles Drone Film Festival 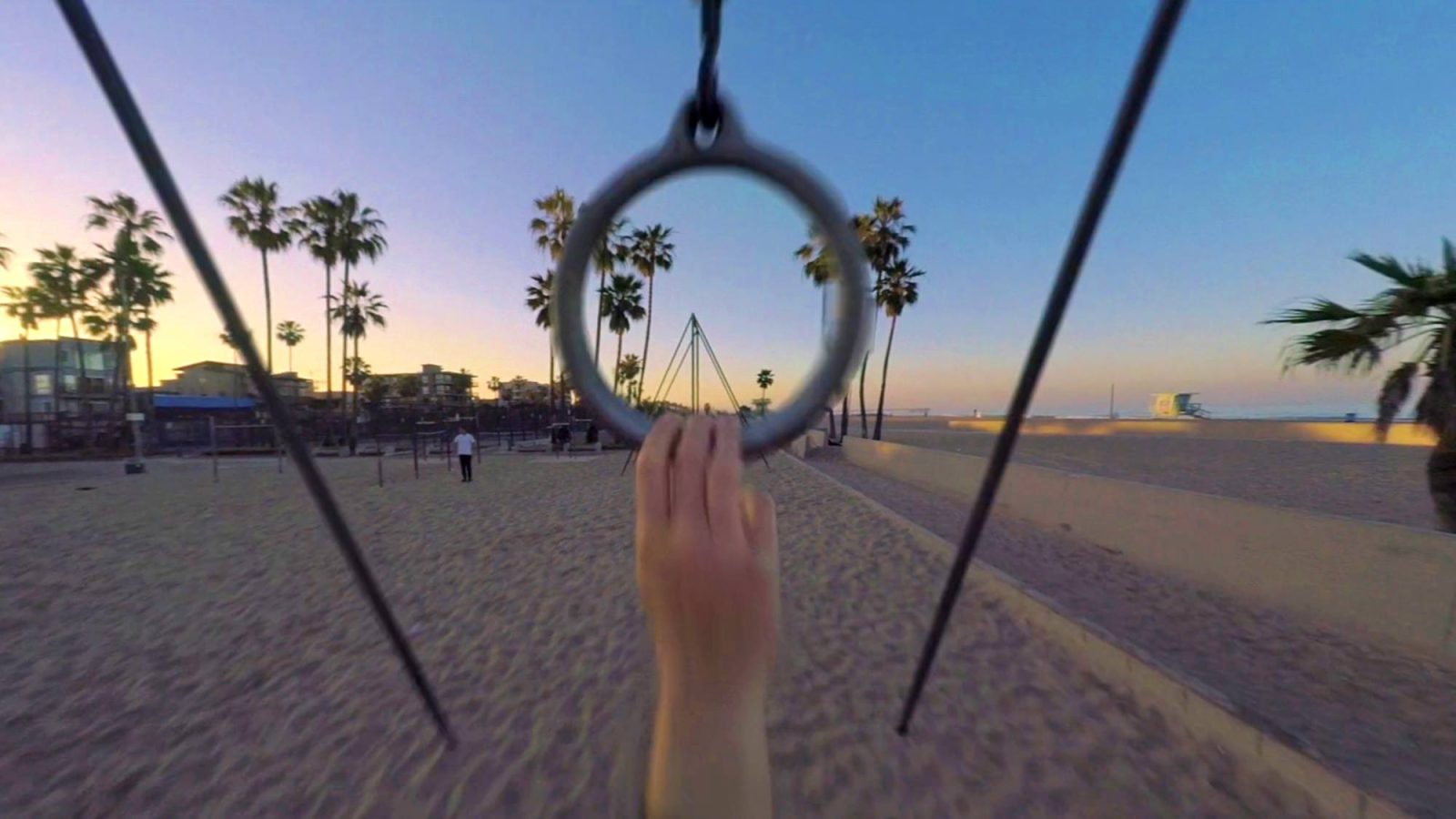 The footage is simply amazing. Robert McIntosh shot this short film ‘Muscle-Up’ all in one take with the “world’s smallest HD drone.” His video recently made the news again when it was announced that this short film won in two categories, ‘Made in LA’ and ‘Best in Show’, at the Los Angeles Drone Film Festival in December. According to a friend McIntosh received a $23,000 drone for the prize.

Robert McIntosh is a video effects specialist and he wanted the smallest possible drone, that can squeeze through impossibly small spaces as you can see his award-winning video below. Since no such drone exists McIntosh decided to build his own. He custom-built a tiny drone with a stripped-down GoPro camera attached to it. To PetaPixel he said:

The tiny drone weighs only 3.34 ounces (94.7 grams) and about 4.23 ounces (120 grams) with a battery and foam roll cage attached. As a reference, a GoPro HERO6 Black camera weighs 4.13 ounce (117 grams), so McIntosh’s drone/GoPro combination weighs less than a normal GoPro.

The short film was all taken in one shot and edited so that it plays backward. It makes for an intriguing video and really shows what a skilled pilot can do with a drone. The result did not go unnoticed as it collected many views on Vimeo and of course won two prizes at the Los Angeles Drone Film Festival in December. Congrats!

In this video, you can see the original footage played normally, i.e. forward. During the edit, McIntosh used ReelSteady software for Adobe After Effects to smooth out the video.