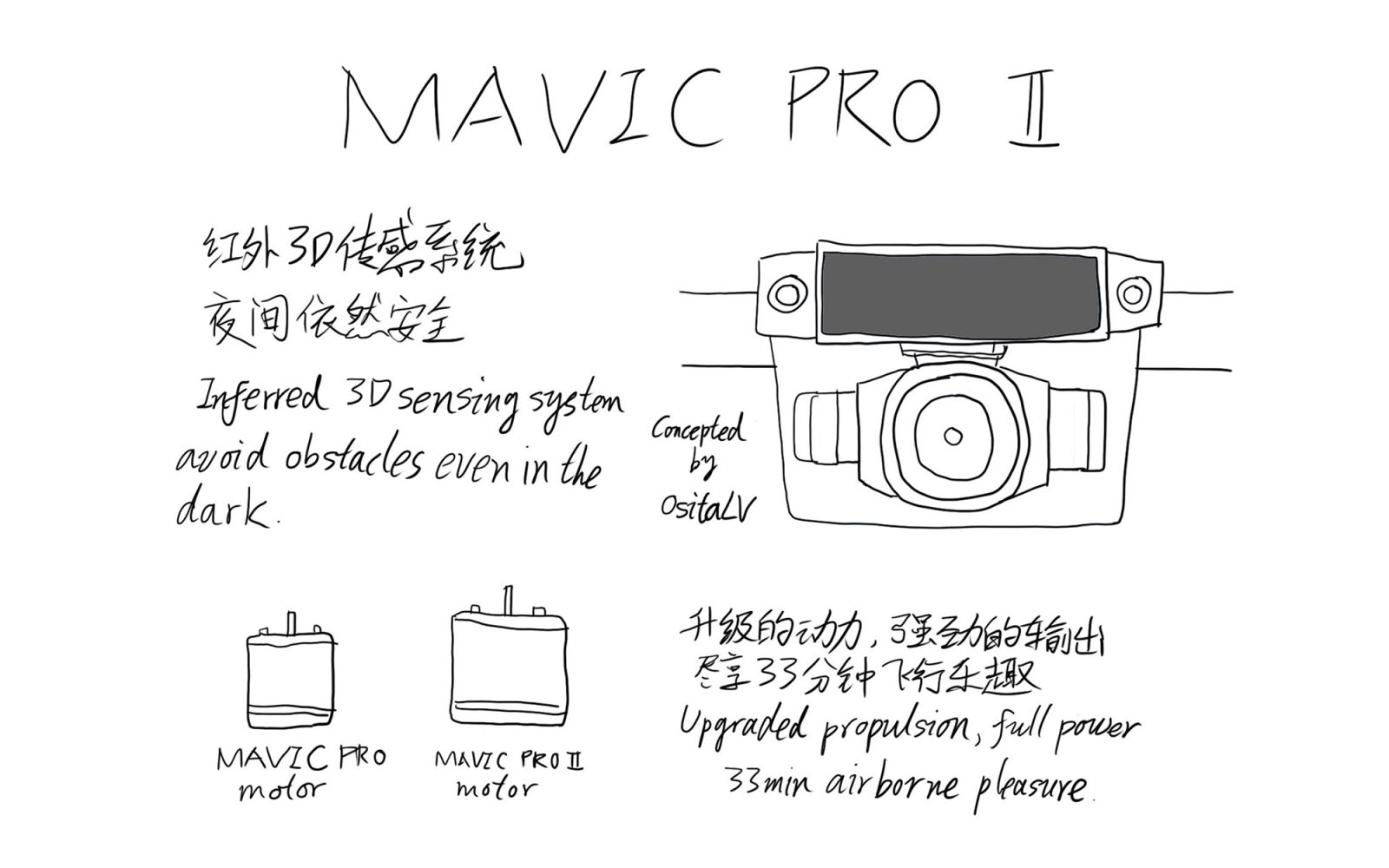 This morning we woke up to newly leaked information from a source, who has proven to be very accurate in the past. The DJI Mavic Pro II (or Mavic Pro 2) is rumored to arrive late in March so it makes sense that more details are coming out as we approach that deadline. Today we learn that the original foldable drone from DJI may actually grow in size. Indeed the new DJI Mavic Pro II may become a monster drone.

We expect the all-new Mavic Pro II to carry over many of the new technologies that have been introduced with the Mavic Air, such as APAS, 3D sensing and obstacle-avoidance (front, bottom, and rear). It should have the new features such as Astroid, Boomerang and Panorama photos with a push of a button.

Drawings of what could be the Mavic Pro II

A lot of the really early information comes from a single source on Twitter, OsitaLV and eventh0ugh not all his predictions have been correct, he has been very accurate on most of his predictions. So, keep that in mind when you read through this list. We expect more sources to come forward and more leaks to occur as we get closer to the official launch date of the new DJI Mavic Pro II, which for now we will keep at March 22nd.