Samsung patents “Flying Display Device”, a drone that you can control with your eyes and voice 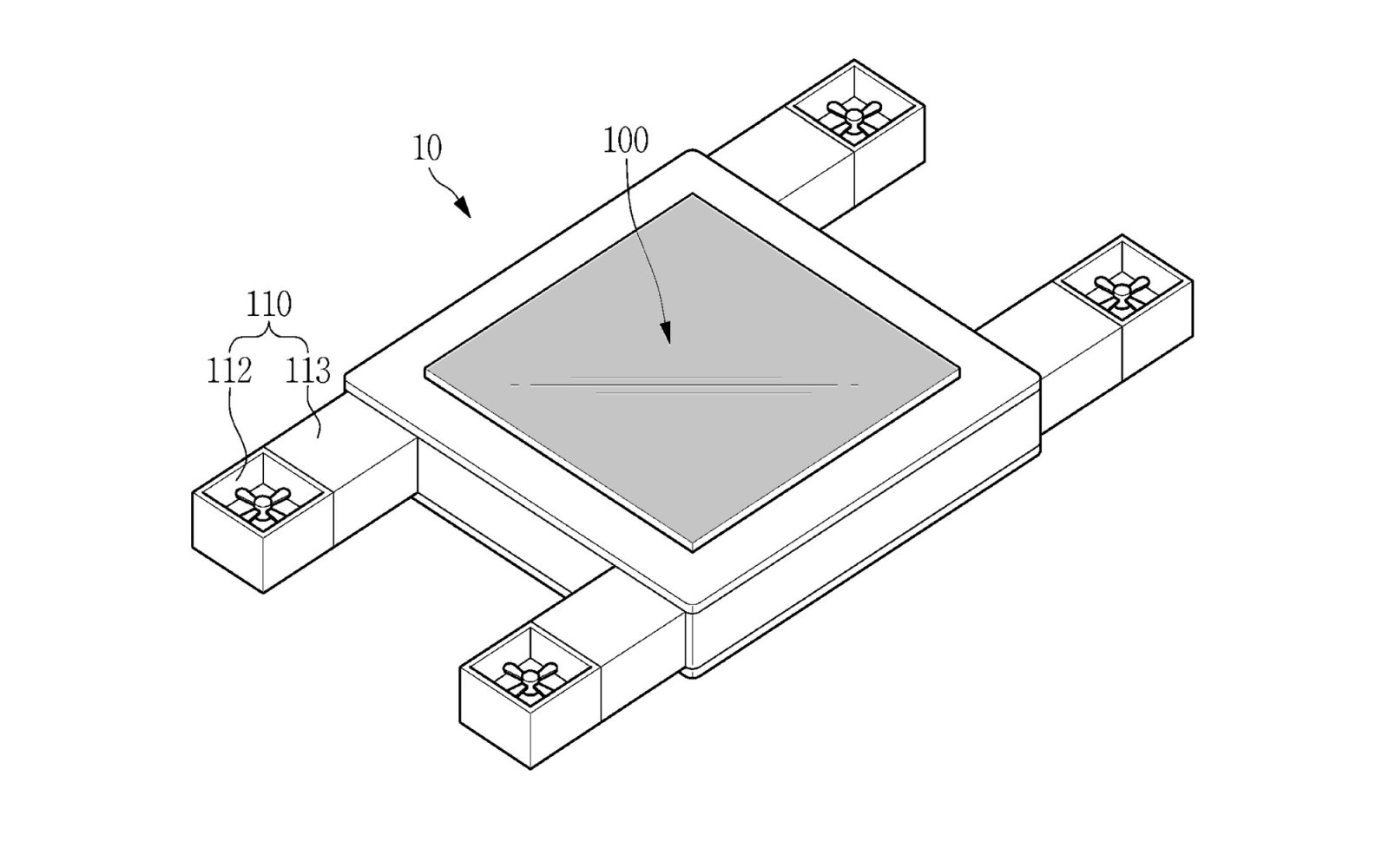 As drones are becoming increasingly more popular, we see more companies filing patents for innovative unmanned aerial vehicles. In the past, we reported on LG electronics and Amazon filing for patents. This time it is Samsung that had filed for a patent on January 3rd, 2016 that was granted on February 13th, 2018. Samsung’s idea is for a flying display drone, that you can control with your eyes and voice.

Samsung’s original drone patent was filed in Korea in 2015 already and included an LCD display. Since viewing angles of an LCD screen are somewhat limited, the idea is that the display drone is able to follow a user’s gaze and change its angle to provide an optimal viewing perspective. According to the patent filing, the drone may also include a vibration system, voice recognition to control the drone, a separate control unit, obstacle detection, GPS, Wi-Fi, and gesture control. Samsung’s patent was first discovered by LetsGoDigital.

“A display device capable of changing an angle thereof based on a gaze of a user while moving along with the user by automatically tracking the user, without an additional operation performed by the user.”

According to the filing, a user would be able to control the drone’s speed and direction with their eyes, head, hands, and fingers.  Of course, gesture control is not something new. DJI first introduced that on their DJI Spark and later in a much-improved version on their Mavic Air.

The Flying Display Device patented by Samsung is shown as a quadcopter with an LCD display in the center. The display can be angled to the user provide an optimal viewing angle. It will also be able to track the user without any input or commands required from the user.

Of course, as with many patents, this Flying Display Device may never see the light of day. Companies often file patents for defensive purposes to keep their competitors from ‘stealing’ their ideas.

What do you think about Samsung’s drone patent? Do you see any use for a display drone? let us know in the comments below.