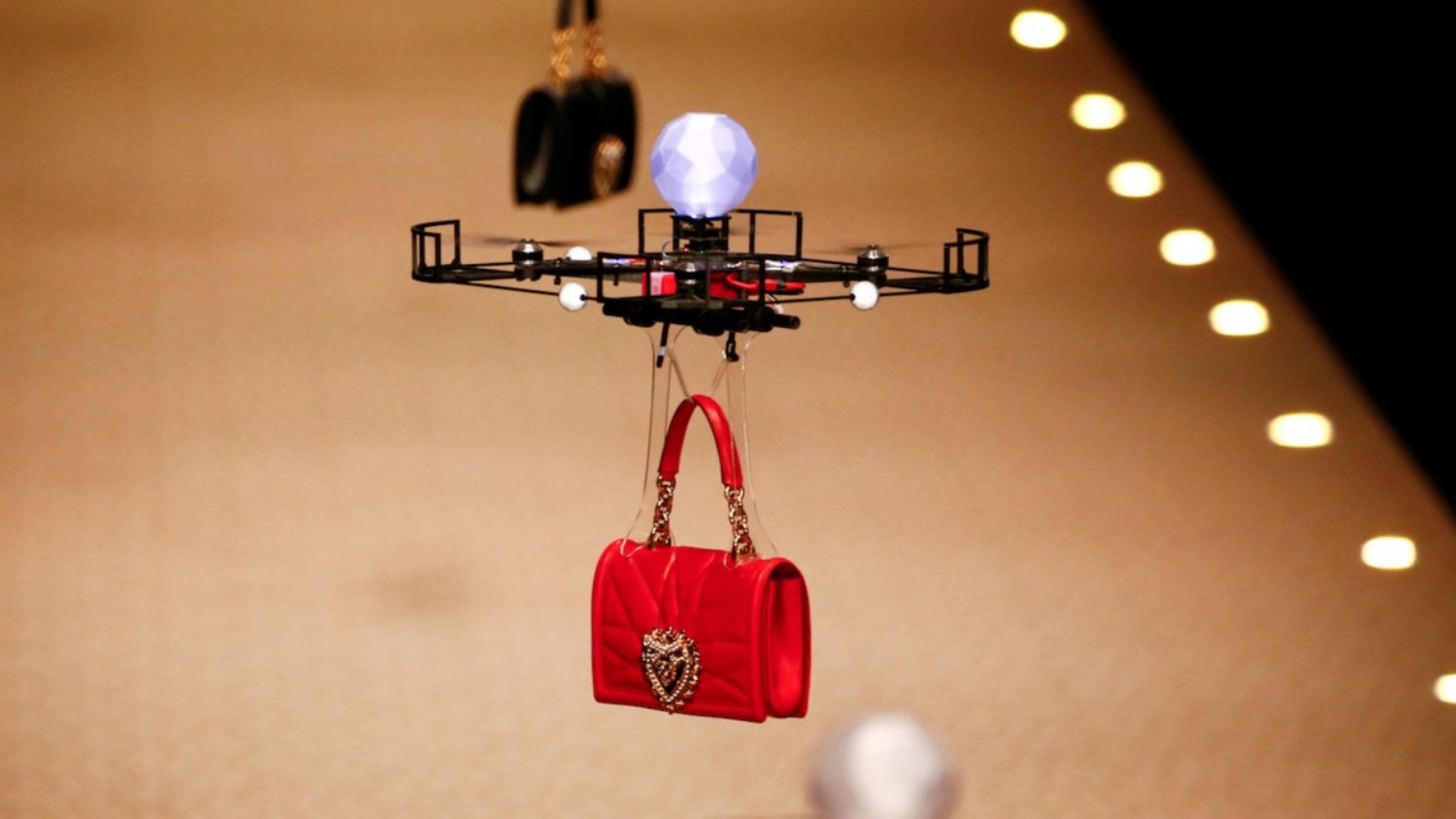 Drones are becoming more fashionable it seems. First, they make their appearance during the 2018 Winter Olympics and now they even show up at the Dolce & Gabbana fashion show in Milan. Before the drones could take the stage, repeated announcements were made for the crowd to turn off all Wi-Fi connections and personal hotspots. Not an easy feat for a room full of reporters and social media influencers.

All in all, it took 45 minutes and repeated calls to turn off any Wi-Fi connections before the show could start. The Dolce & Gabanna show started with the drones coming out and carrying handbags. According to the Washington Post, each drone carried one of the fashion house’s quilted leather and jewel-encrusted handbags, named Devotion.

All the drones were outfitted with a large light at the top and propeller guards for safety. The drones were also accompanied by two technicians ready to protect the audience from a potential rogue drone. we have no information on the specifications of the drones that were used.

After the drones were done the show continued with regular human models. How conventional.