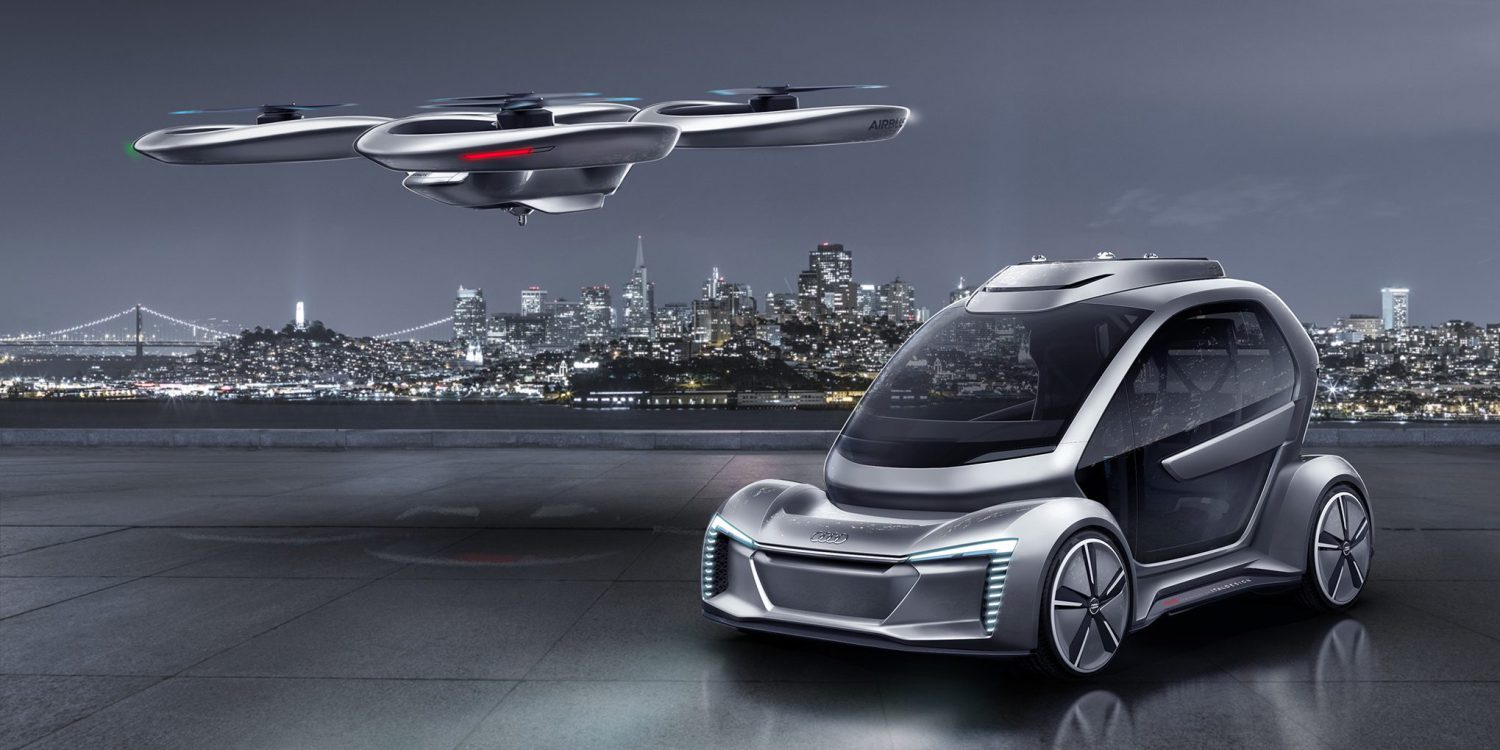 Improvements in battery technology are quickly starting to enable manned electric flight, which some companies now want to combine with drones.

Audi and Airbus partnered with Italdesign to work together on a passenger drone/electric car hybrid concept.

The concept includes an unmanned drone system that attaches itself to an electric vehicle – turning it into a flying passenger aircraft.

Airbus is already working on several electric aircraft programs, including an autonomous electric VTOL aircraft, but now they are partnering with Audi and Italdesign to combine that with electric cars.

Dr. Bernd Martens, Audi Board Member for Procurement and President of Italdesign, commented:

“Creativity is needed where new mobility concepts for cities and people’s diverse needs are concerned. Italdesign is an incubator for innovative technologies and radical prototyping. Pop.Up Next is an ambitious vision that could permanently change our urban life in the future,”

Here are a few images of the concept displayed at the Geneva Auto Show:

Fred is the Editor in Chief and Main Writer at Electrek. He sometimes contributes to DroneDJ.

You can send tips on Twitter (DMs open) or via email: fred@9to5mac.com

10 reasons why the Phantom 4 Pro remains a favorite