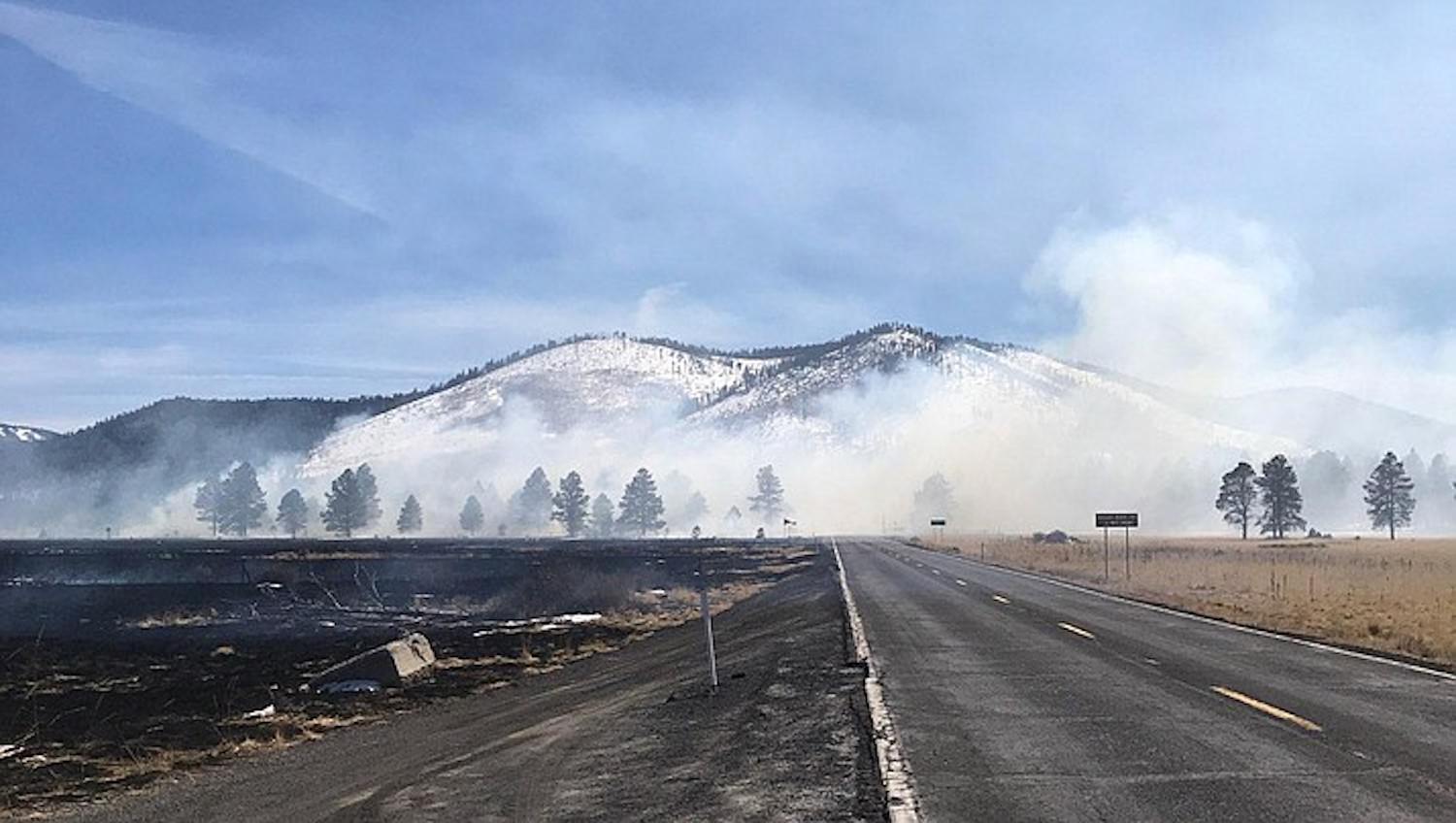 Authorities say that a drone crash sparked a wildfire northwest of Flagstaff, Ariz. More than 300 acres were burned before the fire was contained late Tuesday afternoon. Visibility was limited as a result of the smoke produced by the burning grasslands.

According to authorities, a drone crash sparked a wildfire burning an estimated 335 acres (about half a square mile) of grassland southeast of Kendrick Park. The fire started on Tuesday afternoon. Firemen were able to halt the wildfire around 5:30 p.m later on the same day.

The burning grasslands produced significant amounts of smoke with the potential limit visibility in the area, reported the Daily Courier. It took 30 firefighters to contain the fire. Officials from the forest service say that the incident involves a personal drone. They did not release any details as to the brand or type of drone, who the pilot was or why it had crashed.