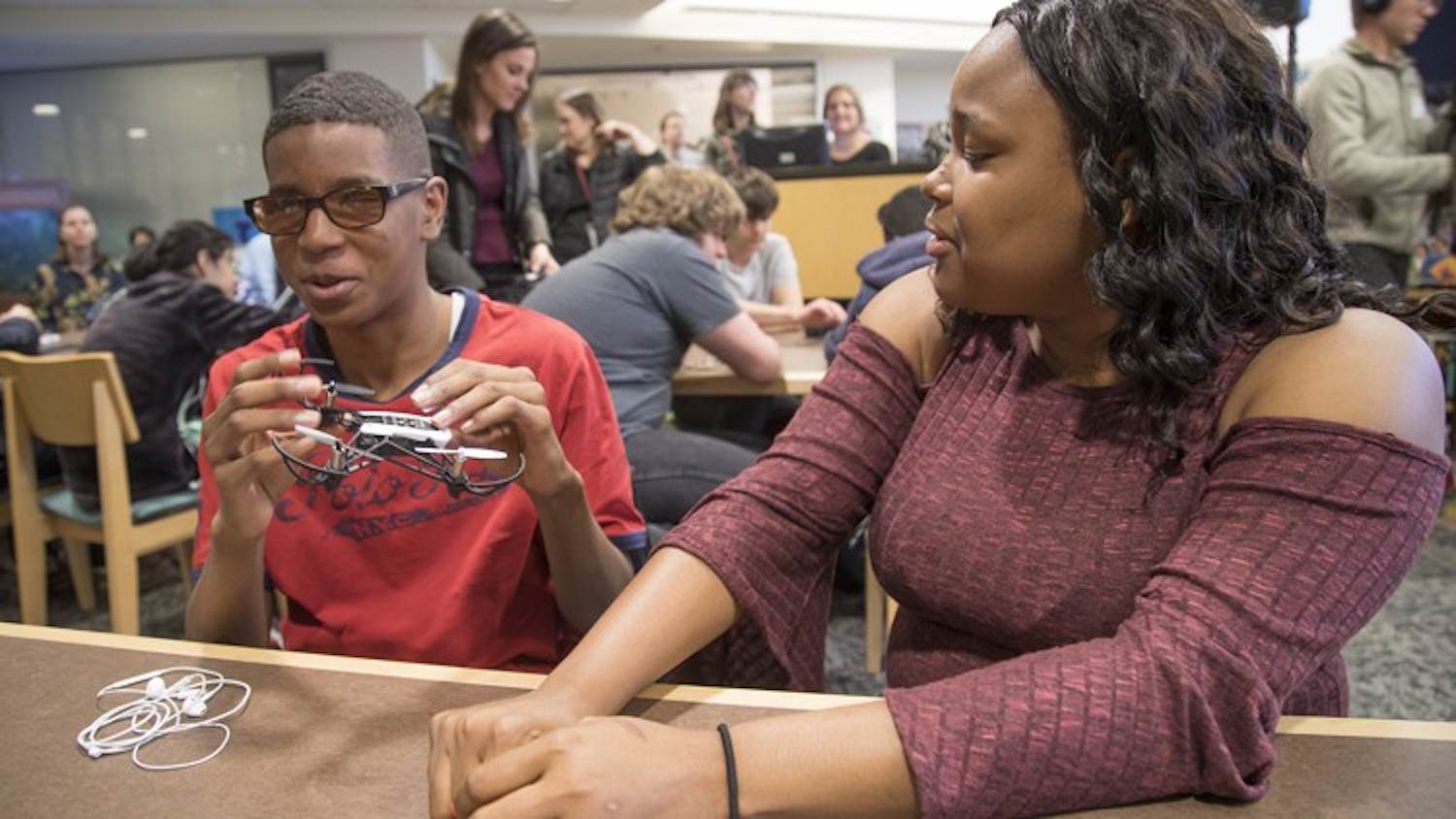 Last weekend during the NYC Drone Film Festival, I joined a session where children were writing code to program Parrot drones. The fact that the students got to fly the drones after they were done coding made all the difference. Those kids were stoked!

That’s also why this news got my attention. Recently Apple experts visited the Texas School for the Blind and Visually Impaired to show software that allowed students to write code without having to look at the screen and fly Parrot drones. One of the students, Demetria Ober knows now that being (partially) blind does not mean you cannot program or fly a drone for that matter!

Last Wednesday morning Ober and about 16 other students, ranging from high school juniors to recent graduates, sat down with people from Apple to learn how to use the code to fly small drones. This event was Apple’s first in-school coding session for visually impaired students.

“It’s really cool because a lot of us really good on computers and want to create apps, but there aren’t the tools,” said Ober, 18, who is legally blind. “This technology opens up more possibilities.”

Apple’s software is designed specifically for students with vision or other disabilities and is part of Apple’s Everyone Can Code curriculum. Together with Apple’s engineers, the students, using voice commands, worked their way through 3-D puzzles to learn to program. Roughly an hour later the students are ready to go outside with the iPads and fly their drones. 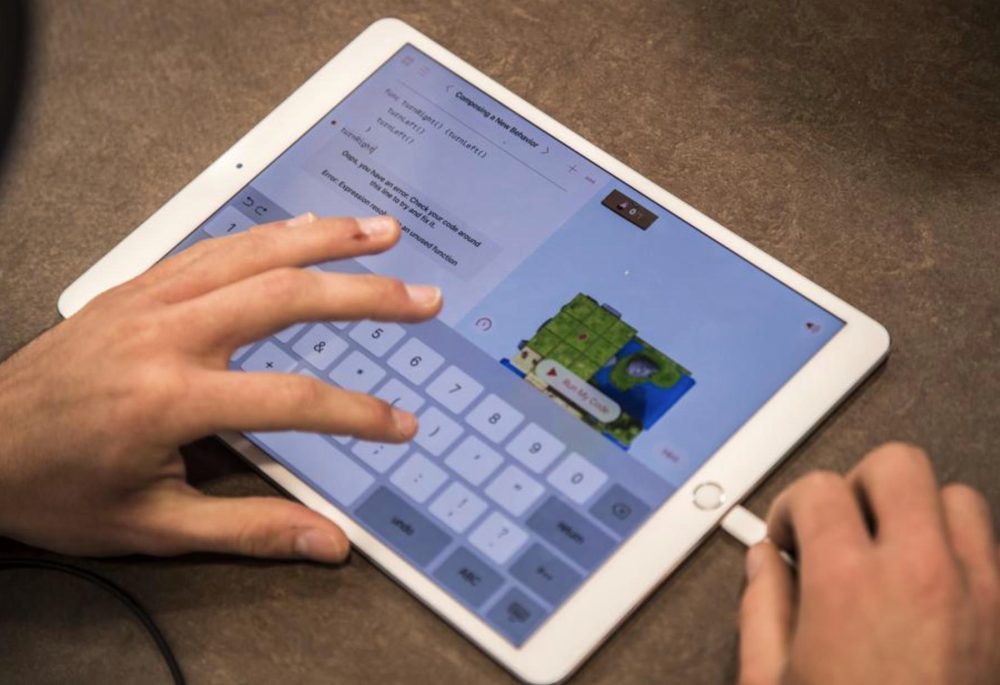 The small drones are made by the French company, Parrot and can be flown directly from Wi-Fi enabled devices such as Apple’s iPads and iPhones.

“We see this as a way to get them interested in coding and realize this could open job opportunities,” said Vicki Davidson, a technology teacher at the Texas School for the Blind and Visually Impaired to 512Tech. “Apple has opened up a whole new world for kids by giving them instant access to information and research, and now coding. Kids are always good testers for things. This is another way for Apple to get some real-life feedback.”

Apple’s ‘Everyone Can Code’ is just that, a program that helps and enables students to learn basic coding concepts as well as building a fully functional application. Sarah Herrlinger, Apple’s director of accessibility said:

“When we said everyone should be able to code, we really meant everyone. Hopefully, these kids will leave this session and continue coding for a long time. Maybe it can inspire where their careers can go.”

We applaud Apple and Parrot for creating opportunities like these for all students, especially as in this case visually impaired ones. Drones are fun and kids instantly recognize that. Using these mini-drones to get kids to learn coding skills is smart and fun at the same time. 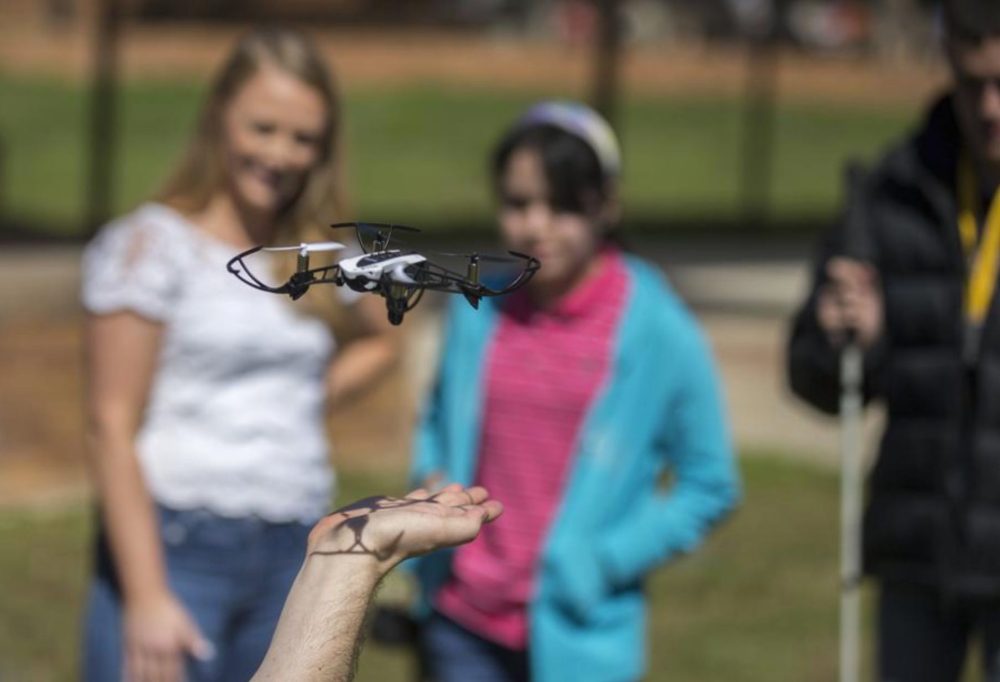