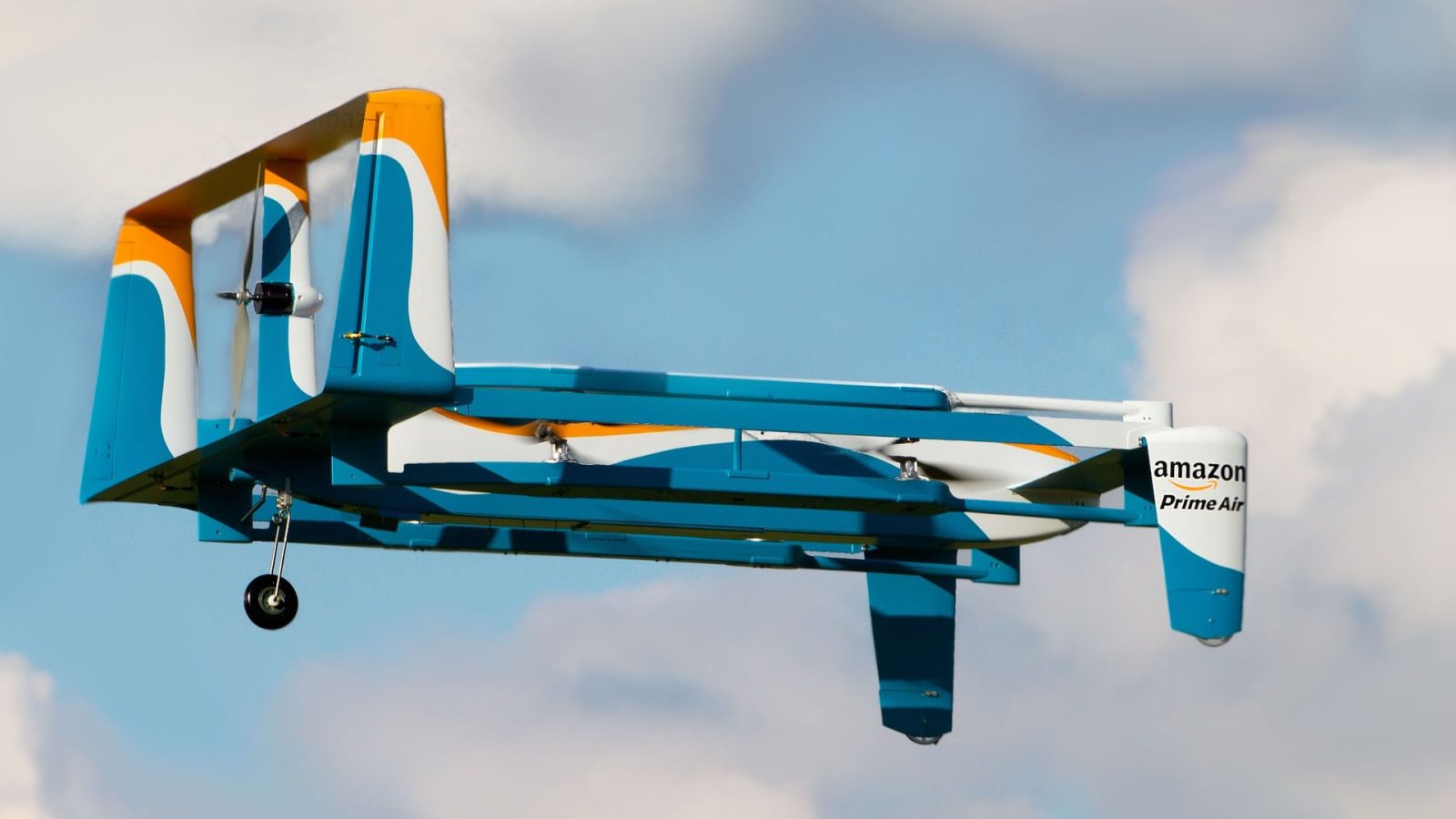 Drone delivery is a hot topic this week. Last Tuesday, Amazon received yet another patent that may help to make a more efficient and greener way to deliver packages, a reality sooner than you think. This latest patent protects a method to literally ‘drop’ packages from as high as 25 feet on your doorstep or patio. The packages and their contents would be protected by an airbag.

The Seattle e-commerce giant is very focused on making drone deliveries a reality. Last year they were awarded a patent for a self-destructing delivery drone and during the FAA UAS Symposium they announced that they are working with Google, Boeing and GE to create an Unmanned Traffic Management (UTM) system.

Last Tuesday, Amazon received that latest patent for a solution to literally ‘drop’ your package from a height of 5 to 25 feet in the air on to your doorstep or patio. An “airlift package protection airbag” system that will be filled right before the drop with a gas-canister or with the downwash of the propellers, will protect your package and its contents.

To make sure nobody gets hurt or injured and no property gets damaged in the process of dropping your package, the Amazon drone will be outfitted with cameras that will scan the drop-zone for any people, pets or fragile objects before releasing the cargo.

The patent even includes the option for the drone to release a package that travels “partially horizontally” to land on “an elevated balcony of a tall building.”

Amazon aims to deliver packages to their customers within 30 minutes, a service the company calls “Prime Air”. Currently, Amazon is developing the new service at different locations in the US, UK, Austria, and Israel.

According to Amazon’s patent, it makes sense to drop packages from the air with a drone as it “may conserve energy if they minimize changes in altitude.” Depending on the size and weight of the package, the cargo would be dropped from a height ranging from 5 to 25 feet. Like with all patents, it remains to be seen if this solution will become a reality.

What do you think about dropping packages from a drone to deliver them to your house? Let us know in the comments below. 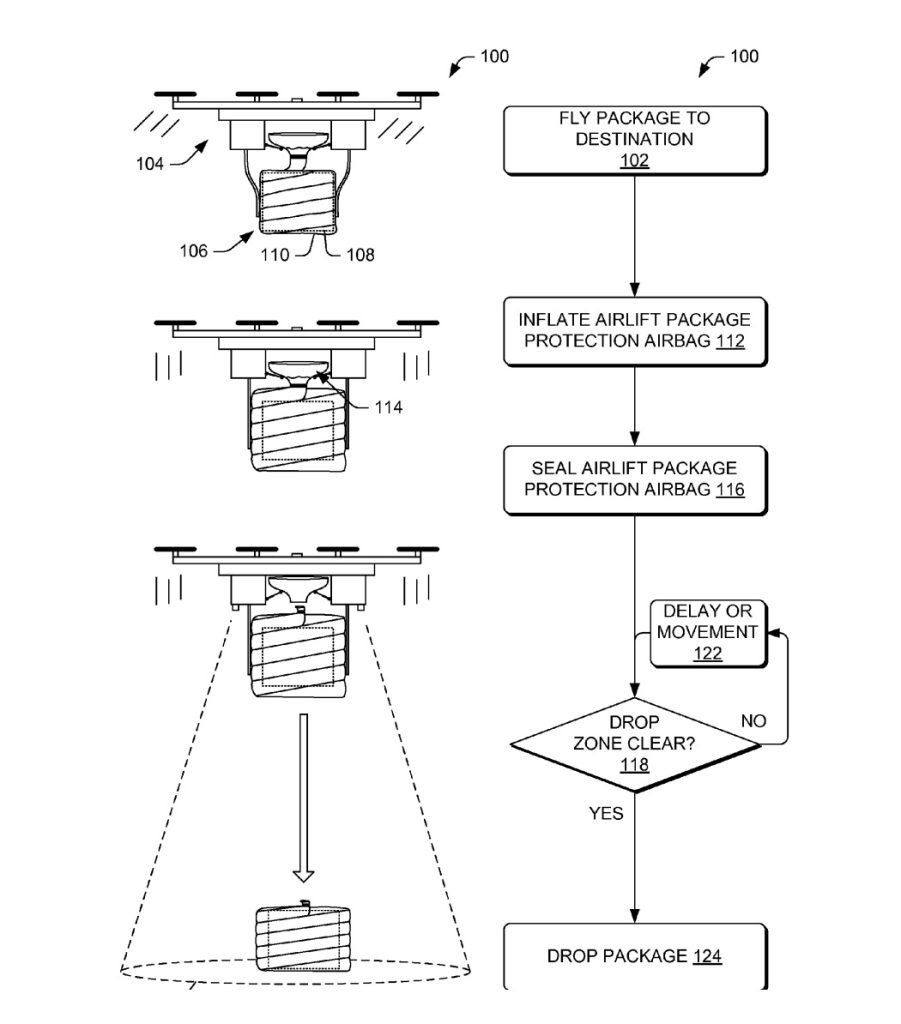