Is this really the new DJI Mavic Pro II (2)? 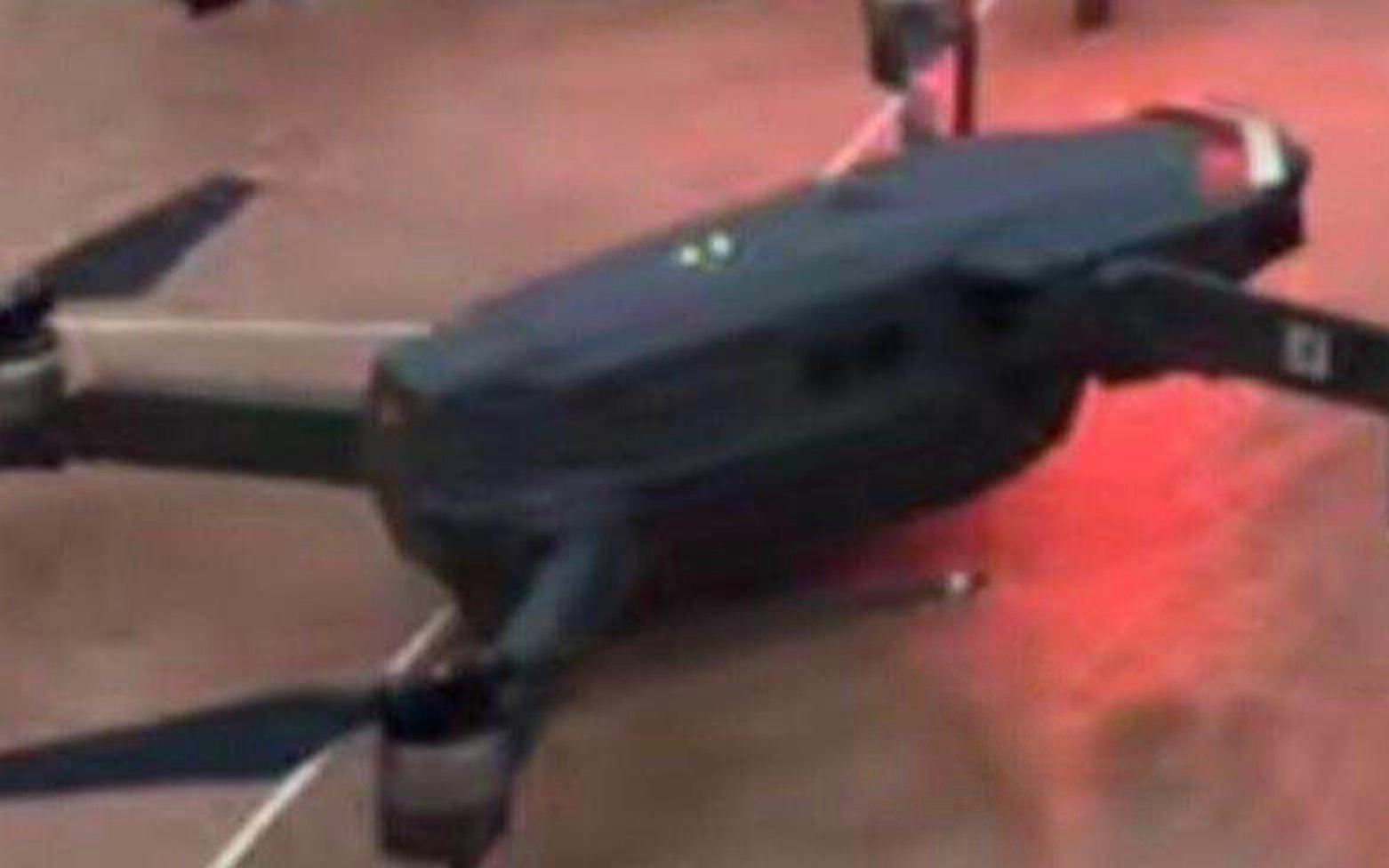 Just as I write that things have been quiet on the DJI Mavic Pro II for the last two weeks, this photo appears. OsitaLV tweeted it out about an hour ago with the text: “BANG!!! Guess what it is,” creating the impression that this is, in fact, the new DJI Mavic Pro II. But is it? Let’s take a closer look.

Is this really the new DJI Mavic Pro II?

Unfortunately, the photo of the drone is not great. It seems that it was taken with a smartphone in poor lighting conditions as the image is very grainy. However, you can clearly make out the lines of DJI’s best-selling drone, the Mavic Pro.

The drone in the photo has the (exact) same form-factor, the black section on the side seems to be the battery-release button, the arms seem to fold the same way as the original Mavic Pro, even the QR code is in the exact same spot. What does seem different is the top of the front section of the drone. It appears to be a reflective surface which could indicate different sensor technology or it could also be just a sticker or skin. Hard to tell from the image.

The shape of the drone in this photo seems to be consistent with the drawings we have seen from OsitaLV, so maybe this is the new DJI Mavic Pro II. According to him, it would be considerably larger than the original Mavic Pro. So, it is possible. However, without another object in the photo that serves as a reference, it is impossible to say if this drone is larger, smaller or the exact same size at the Mavic Pro.

What throws me off, however, is that you’d think that DJI would drastically improve the design of the Mavic Pro for the next generation. If you look at the Mavic Air, for instance, the design is a lot more compact with less wasted space (also inside the body). You can see that immediately it when you first pick it up. The Mavic Air also feels more solid or better put together.

Michael Perry, DJI’s Managing Director in the US, told us in an interview that the increased photo/video quality (4K) of the Mavic Air, requires better cooling and ventilation for the image processors. Together with a sleeker aerodynamic body shape, the ventilation of the internal components and the size of them, play a big part in the overall design of the drone.

So, for the new Mavic Pro II to look exactly the same as the outgoing model, with hardly any visible design improvements, seems strange. Of course, this is all based on just one grainy photo, but still.

One last thing.Unfortunately, we cannot see the front of the drone to take a look at the gimbal and camera. On the original Mavic Pro, this was arguably the weakest point of the drone. On social media, you will find tons of photos and videos of people who have damaged or broken the gimbals on their Mavic Pros. DJI already introduced a vastly better gimbal design on the Mavic Air. Would they not improve that aspect on the new Mavic Pro II?

Just like many of you, I would like this to be a photo of the new DJI Mavic Pro II, but to be honest, I am not convinced yet. OsitaLV, if you read this, do us all a favor and tweet some more photos, please. ;-) 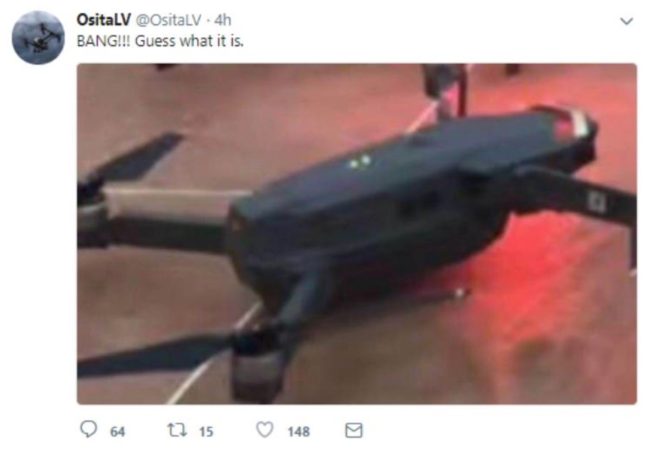 What do you think about this photo? Is this it? The new DJI Mavic Pro II or is this just a grainy photo of the original? Let us know in the comments below.

Update: I doubt that anybody missed it but if you did. This photo does not show a new Mavic Pro II but it is a crop of another photo and it shows a Mavic Pro as we thought.

Game over! I didn't mention any words about MPII, I let you judge it, but you overreacted.
You lose pic.twitter.com/WwjRV31PiW

To be honest，That is my Friend’s old Mavic with Sticker！Why you always imagin that is Mavic 2？？？ pic.twitter.com/wvvzoqpDVS

OsitaLV’s drawings of what may be the DJI Mavic Pro II?

We expect the all-new Mavic Pro II to carry over many of the new technologies that have been introduced with the Mavic Air, such as APAS, 3D sensing and obstacle-avoidance (front, bottom, and rear). It should also have the new features such as Astroid, Boomerang and Panorama photos with a push of a button.

A lot of the really early information comes from a single source on Twitter, OsitaLV and even though not all his predictions have been correct, he has been very accurate on most of his predictions. So, keep that in mind when you read through this list. We expect more sources to come forward and more leaks to occur as we get closer to the official launch date of the new DJI Mavic Pro II, which now may be in June.