The U.S. Patent and Trademark Office has issued a patent to Amazon for a delivery drone that responds to human gestures, such as flailing arms as well as screaming voices. The patent includes several interesting illustrations. In one, a person is shown outside their house waving his arms in an “unwelcoming manner” accompanied with a voice bubble, indicating that the drone would be able to hear the person and possibly respond to the input.

The online retail giant, Amazon has been granted a patent by the U.S. Patent and Trademark Office for an unmanned aerial vehicle, used for deliveries, that can react to human gestures such as flailing arms as well as shouting from people.

Amazon has been granted multiple patents in the past. The most recent one and possible most noteworthy patents include one for a delivery drone that breaks apart mid-air in case of a malfunction to protect people underneath from large parts of the delivery drone coming down. Another one would allow Amazon to literally drop packages at your front door or on your patio.

The latest patent aims to help Amazon’s delivery drones to interact with people. Based on human responses such as a thumbs up, waving arms or shouting. The unmanned aerial vehicle can then release the package, change its flight path to avoid crashing, ask humans a question about the delivery or abort the delivery altogether.

The patent includes several interesting illustrations. In one, a person is shown outside their house waving his arms in an “unwelcoming manner” accompanied with a voice bubble, indicating that the drone would be able to hear the person and possibly respond to the input. The patent reads:

“The human recipient and/or the other humans can communicate with the vehicle using human gestures to aid the vehicle along its path to the delivery location.” 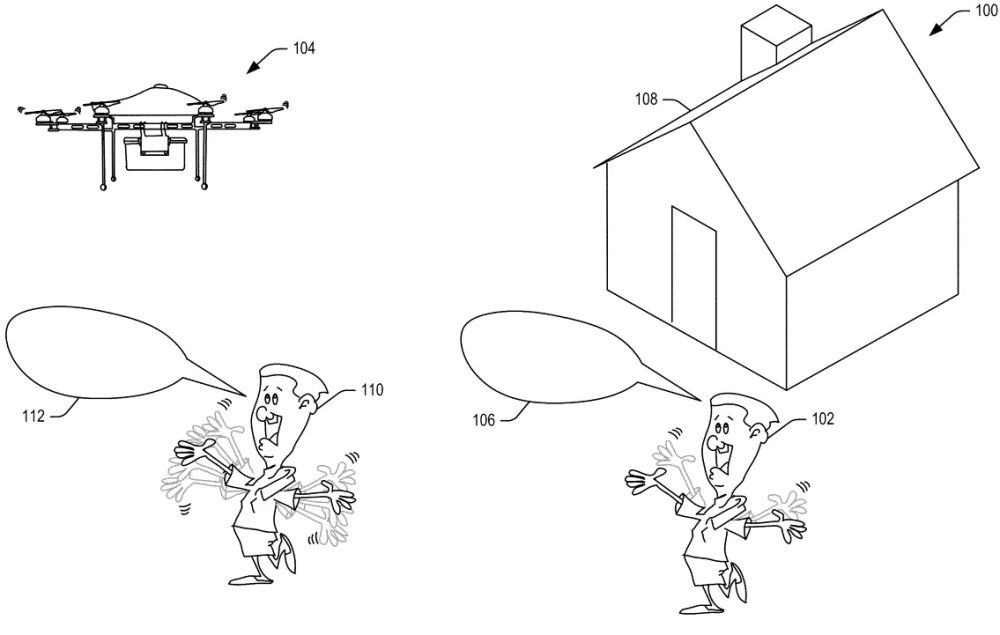 The patent continues to explain that the delivery drone will be able to interact with humans and respond to their input with the help of a number of sensors, including a depth sensor and various cameras. The delivery drone would be able to recognize voices, gestures, and movement. Once the drone “understands” it is cleared to deliver the package it could either land and release the cargo or simply drop it from a height up to 25 feet.

Amazon has been testing drone deliveries in England since 2016. The company is also involved in creating an Unmanned Traffic Management (UTM) system with Google, Boeing, and GE. It is clear that Amazon is serious about achieving their goals of being able to deliver packages within 30 minutes with a service that will be called Amazon Prime Air. Recently we learned that drone deliveries may actually start sooner than you think. 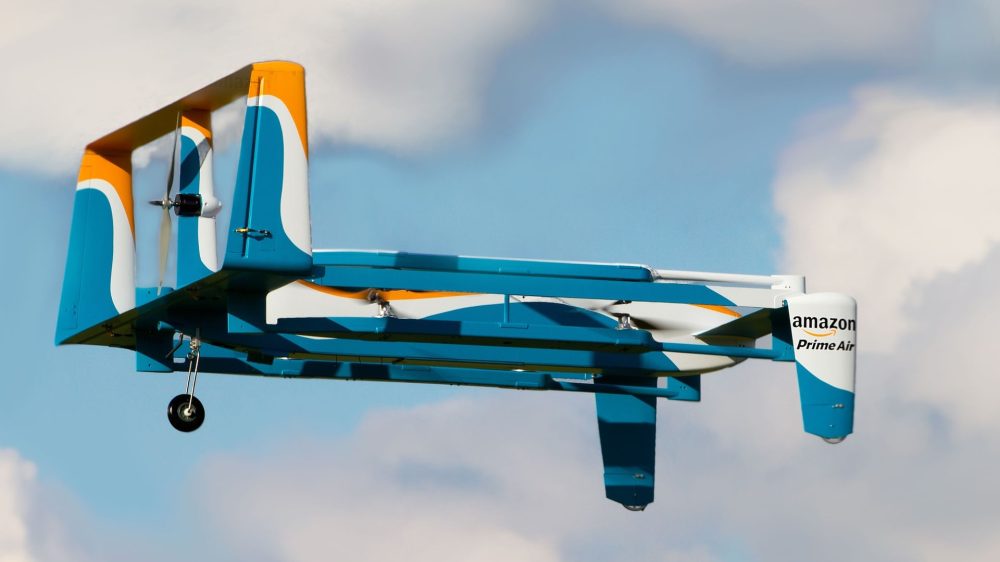 What do you think about getting your Amazon packages delivered by drone? Would you feel comfortable interacting with an unmanned aerial machine and instructing it where to drop you Amazon box? Let us know in the comments below.