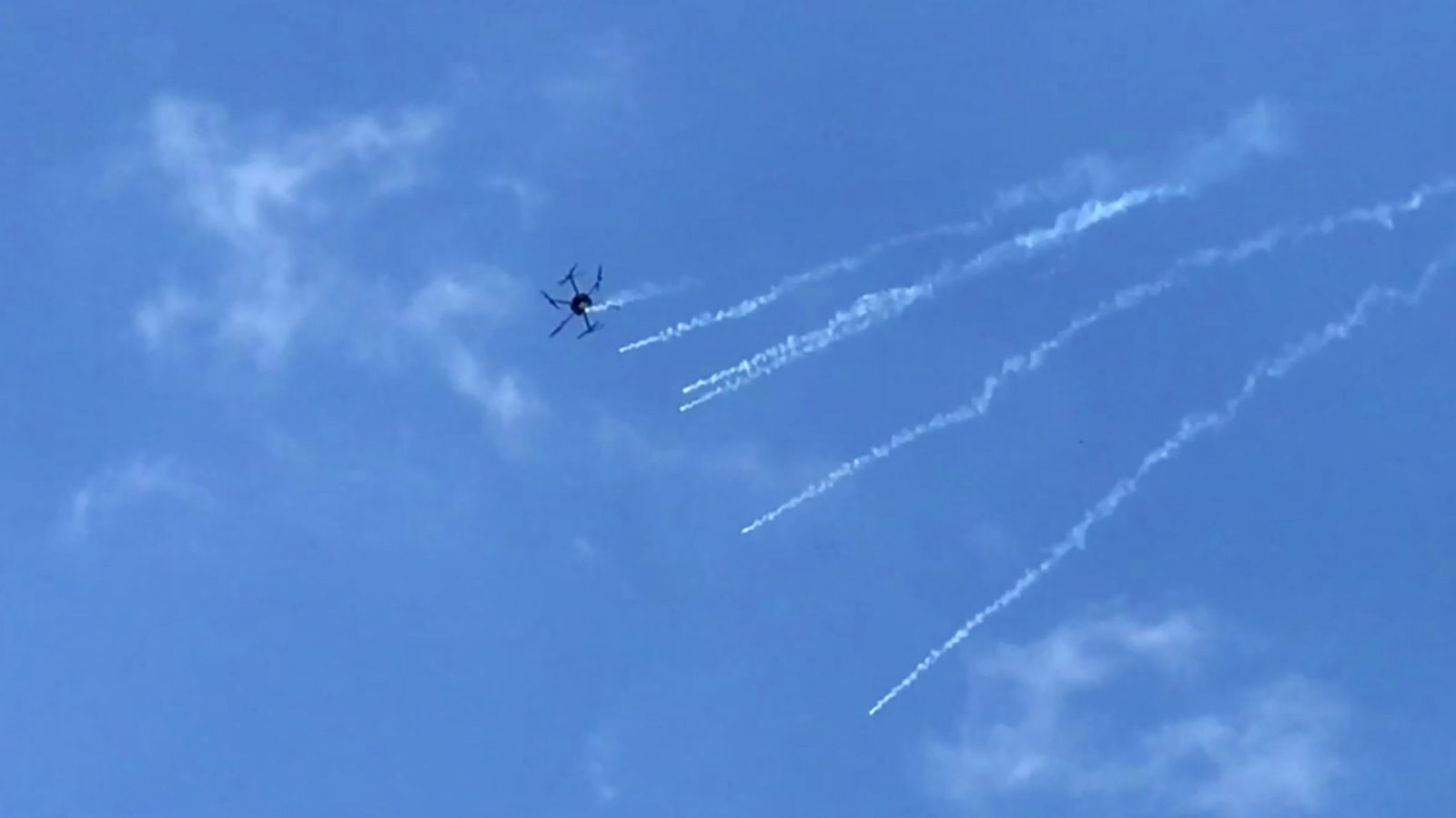 Drones are used to drop tear gas on protesters

Last Friday the Israeli Defense Forces turned to drones to drop tear gas canisters on palestinian protesters along the Gaza border. This is not the first time the IDF has used drones to scatter protesters. Back in March, we reported on Israel using this innovative technique.

The drones dropped the gas canisters from about 30 to 60 feet and some people were injured as a result.

Police spokesman, Micky Rosenfeld told the Times of Israel that the use of unmanned aerial vehicles (UAV) to drop tear gas on protesters was a recent innovation.

“It was used a few weeks ago around the Gaza Strip area and it is also being used today, in order to prevent protesters getting to the Gaza crossing or Gaza border,” he said. “It’s a mini-drone which has the capability of flying over certain zones and certain areas and then letting go of tear gas in areas that we want to prevent protesters from reaching.”

Last Friday, tens of thousands of Gazans protested on the streets, calling for Palestinians to be allowed to return to the land that their ancestors had to abandon as a result of Israel’s 1948 War of Independence.

The protests of last week, are reportedly among the deadliest since the Israeli-Palestinian conflict started with the 2014 Gaza War. This time, the IDF used live rounds, rubber bullets and tear gas to keep Gazans from approaching the border fence. According to the military, the protesters used firebombs, rocks, burning tires and even opened fire on Israeli troops in one incident.

16 Palestinians were killed and over 1,400 injured by Israel during the mass protests, according to the Hamas-run Gaza health ministry.

Ronen Manelis, a spokesperson for the IDF, said that along the border fence, the Israeli army faced “a violent, terrorist demonstration at six points.” the IDF used “pinpoint fire’ in cases where the protesters tried to breach or damage the border fence. “All the fatalities were aged 18-30, several of the fatalities were known to us, and at least two of them were members of Hamas commando forces,” he said. 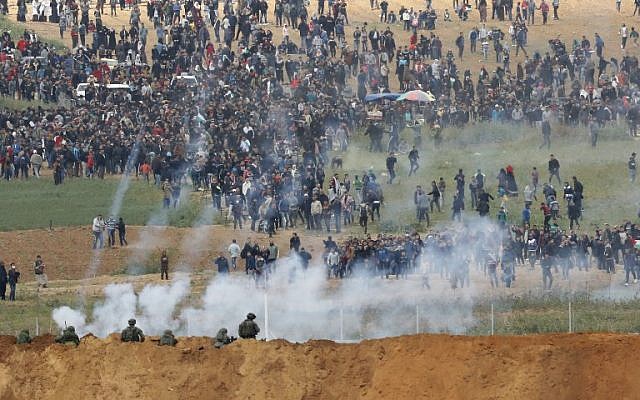 A picture taken on March 30, 2018 from the southern Israeli kibbutz of Nahal Oz across the border from the Gaza strip shows tear gas grenades falling during a Palestinian city protest, with Israeli soldiers seen below in the foreground. (AFP PHOTO / Jack GUEZ)

Increasingly drones are being used by the armies around the world, SWAT teams, and police forces to survey a specific situation, look for missing persons or people who are hiding. Rebels have turned to drones to drop explosives and grenades and now the Israeli army uses drones to drop tear gas canisters on protesters.

What do you think about drones being used to drop tear gas? Do you have examples of the army or police forces in your country that have turned to drones? Let us know in the comments below.

Photo: the lead photo is a screenshot from a video from MEMO.