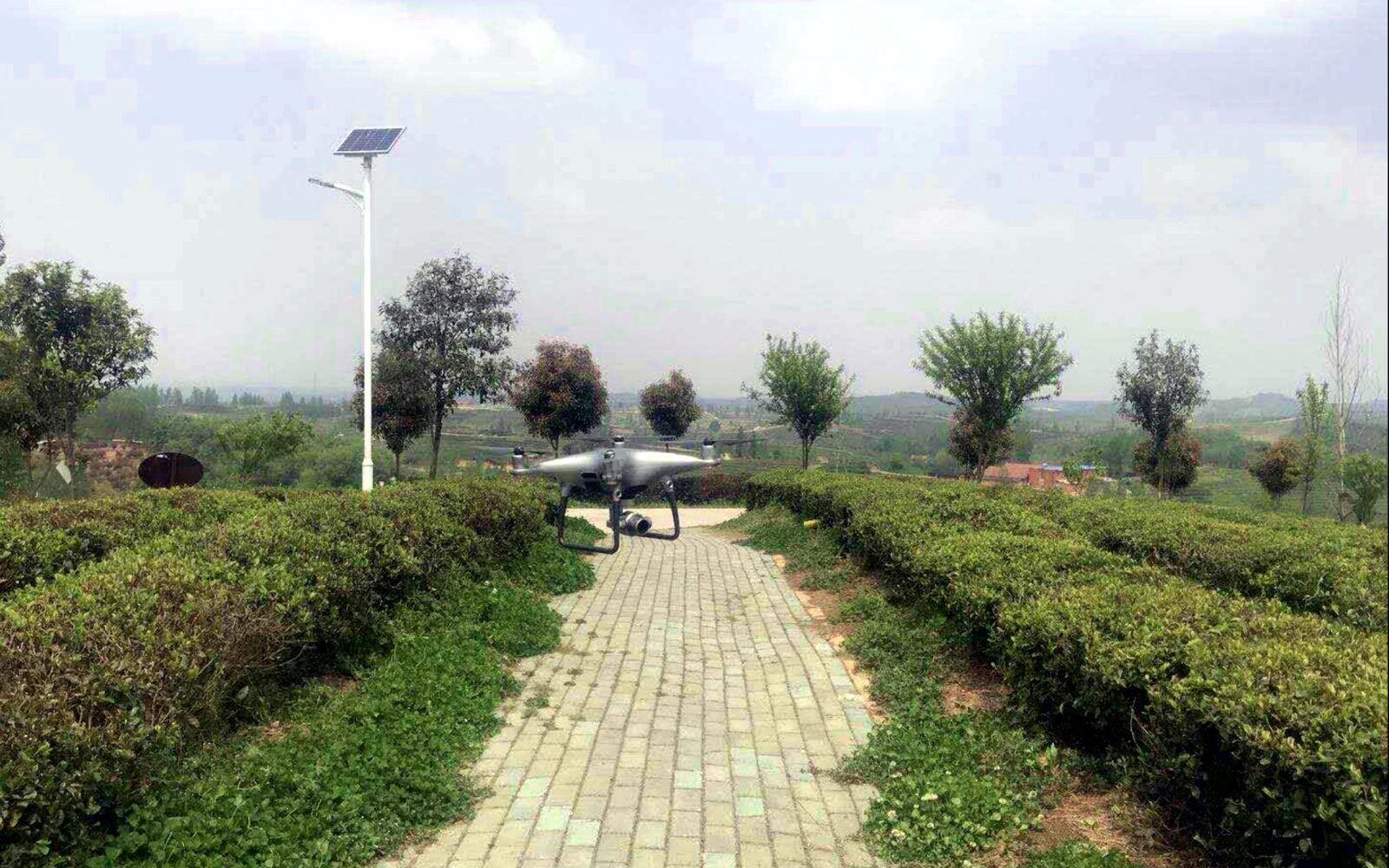 Just now new photos surfaced of what seems to be the upcoming DJI Phantom 5. This time the photos come from two different Chinese sources. One of them is our old friend @OsitaLV, who seems to be done playing games and is getting back to business (thank you). The other one is a new source and possibly one of DJI beta-testers. In the photos, we see the new aluminum-colored Phantom, possibly a prototype, in action, two detailed shots of the interchangeable lens, camera and gimbal combination, the DJI Phantom 5 in a backpack (Fly More Combo?), a DJI Mavic Pro and the Phantom 5 controller. We have seen the same equipment in a previous tweet as well.

In previous posts, we already took a look at the interchangeable lens system, camera, and gimbal, we learned about the new aluminum-colored body and we saw the first photos of the Phantom 5, possibly a prototype.

Today we get to see some new high-quality photos of the gimbal, camera, and lens. Unfortunately, the photos do not show which of the 4 different lenses is mounted. The Phantom 5 is rumored to come with 15mm, 24mm, 35mm and 50mm lenses. You can, however, just make out the same red markings on the side of the lens that we have seen before, as well as the wording “DJI Lens” and the lens release button. The new Phantom 5 is also rumored to have obstacle avoidance in six directions, but that is impossible to confirm based on these photos. The overall form factor seems to be identical to the current Phantom 4 series.

Keep in mind that we assume that these photos indeed show the new DJI Phantom 5 drone or at least a prototype of that aerial device. This assumption is largely based on the information provided by OsitaLV. It is, however, possible that these photos show the Phantom 4 Pro V2.0 instead. If that is indeed the case, it would explain why the aluminum-colored Phantom looks so similar to the current Phantom 4 Series.

If it is indeed the DJI Phantom 4 Pro V2.0 that is shown in these photos, then the drone may arrive later this month or early in May as per the FCC approvals DJI received.

In one of the later tweets, @G5Os6VaKOFsHynk says: “@OsitaLV Look at this enlarged screenshot. Seems to show the power company. Would it really be a custom machine for a power company?” That does not seem to make a lot of sense. It seems unlikely that DJI would go through the trouble of developing an interchangeable lens system just for one customer. What do you think?

Keep in mind that OsitaLV is not a leaker according to his own words AND he likes to play games. At the same time though, he seems very well connected to DJI or DJI employees. My advice is, take it all with a grain of salt, but we have a feeling he may be better informed than he wants us to believe.

What do you think about the Phantom 5? Are you excited about the interchangeable lens system? Let us know in the comments below.