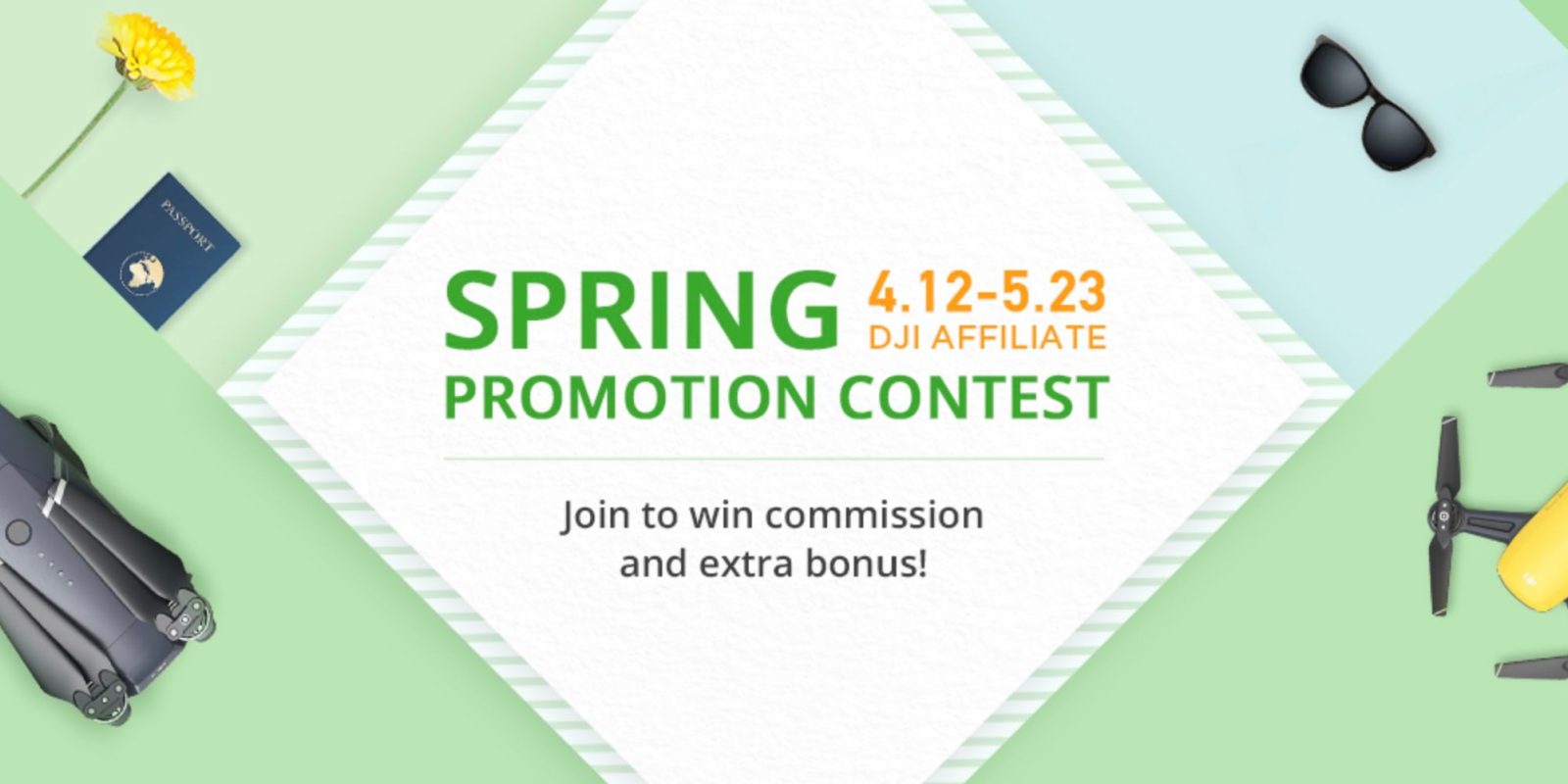 Right on the heels of their “Spring has Sprung” promotion, which offered 20% discounts and freebies on many popular drones such as the Mavic Air, Mavic Pro, Phantom as well as other items, DJI has now launched their second large-scale promotion. This time the promo is for DJI Affiliates, such as DroneDJ. Why is DJI having such a big Spring cleanup? Could it be that new drones are coming soon?

DJI just finished their ‘Spring has Sprung‘ promotion that was aimed directly at drone enthusiasts. From April 1st until April 14th, you could get really good discounts (up to 20%) and other freebies on many favorite DJI products, such as the Mavic Air, Mavic Pro, Phantom, Spark, Osmo+, Goggles, and Fly More Combos.

Now DJI has notified all its affiliates about a new ‘Spring Promotion Contest’, in which the drone-maker will award the best-performing affiliates with a cash bonus and other prices, such as a Souvenir Package, an Osmo Mobile 2 and/or a Tello drone.

Of course, it is nice of DJI to reward their affiliates for their work, but I think the more interesting question is, why is DJI doing this right now? Could it be that DJI is cleaning out their drone inventory in preparation for a new drone that is coming out?

The last time, DJI ran a similar affiliate promotion contest was in December of last year. Less than a month before the DJI Mavic Air was announced. This time the promotion runs from April 26 0:00 – May 23 23:59 (GMT+8).

By now, I think almost everyone is expecting DJI to either come out with the new Phantom 4 Pro V2.0, the Phantom 5 or the Mavic Pro II. As far as we know there is no information on which drone may be introduced first. Neither is an official launch date known, although earlier rumors hinted at a possible release late spring.

What we do know, however, is that recently DJI and third-party retailers, such as Amazon and BestBuy have had discounts on various DJI drones. We also know that the short-term secrecy cycle in the latest DJI FCC filings (P4 RTK and controller) brings us to the end of May.

And, now DJI is running an affiliate promotion seemingly to clear out their inventory of drones, that also runs until the end of May. It seems that something is up and it may happen before the summer. What do you think?