DJI receives FCC certificate for what seems to be a Phantom 4 Pro V2.0 controller 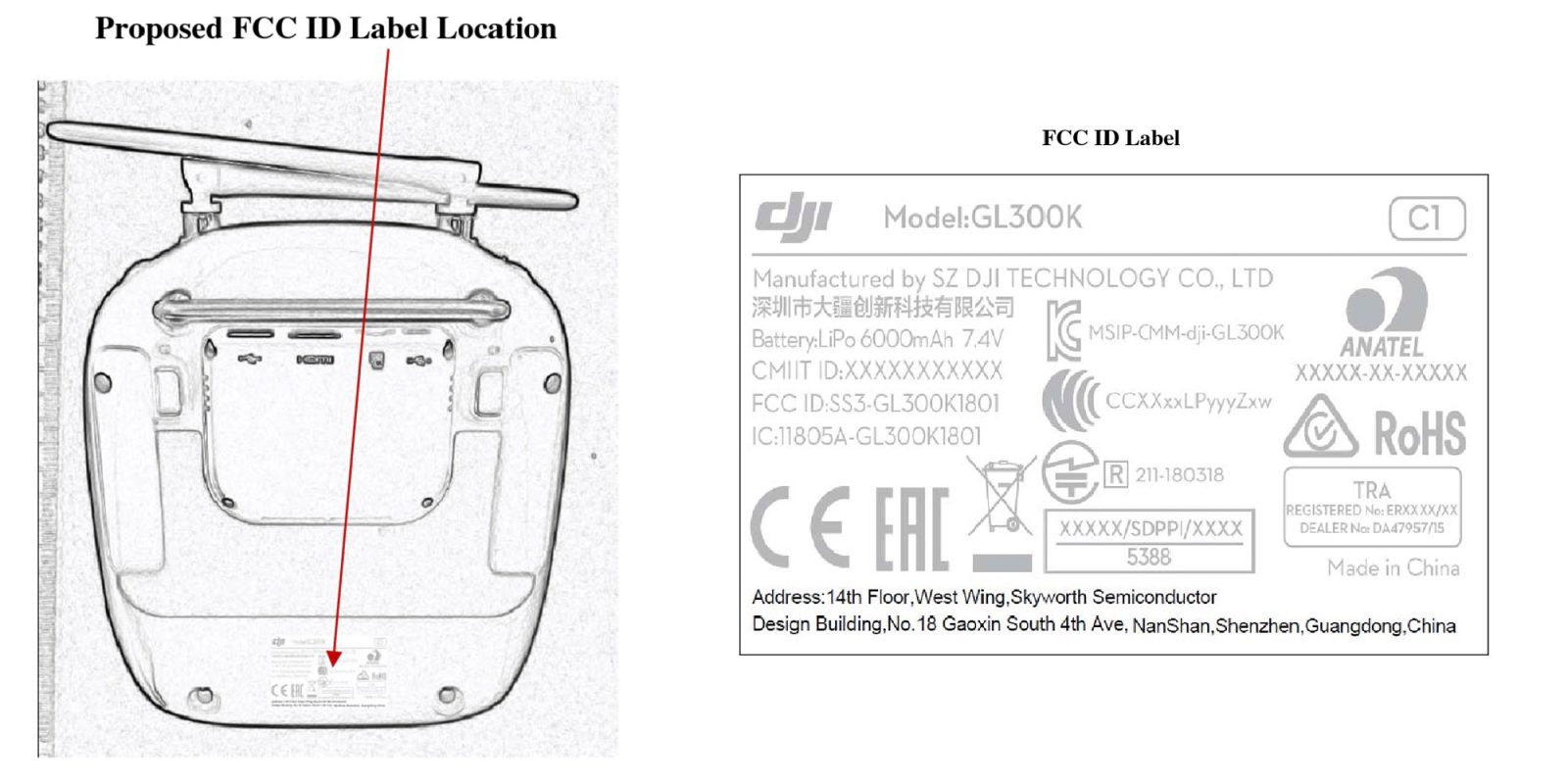 Just like last time, DJI asked the FCC for a short-term secrecy cycle (45 days) to prevent any sensitive information leaking out early. The 45-days secrecy cycle brings us to May 21st and indicates that we are likely to see a DJI Phantom 4 Pro V2.0 later this spring.

The above materials contain proprietary and confidential information not customarily released to the public. The public disclosure of these materials provides unjustified benefits to its competitors in the market.

In the FCC documentation, it is mentioned that the device being tested works together with an aircraft, which we believe the be the DJI Phantom 4 Pro V2.0. In the filing a PH4-5870mAh – 15.2A battery is mentioned, which seems to be the same as currently used in the Phantom drone.

“Test mode 1: Charging and Operating – In this mode, the device received the video from the aircraft and play in both EUT and monitor. The EUT and Aircraft’s battery was charging by the adapter.”

What does this mean for the drones that DJI maybe releasing this year? Many drone enthusiasts are eagerly awaiting the next version of the best-selling DJI Mavic Pro as well as the Phantom 5. Now with the FCC filings indicating that a Phantom 4 Pro V2.0 may be around the corner, what does that mean for the Mavic Pro II (2) and the Phantom 5? The original Mavic Pro was introduced in September 2016. Will DJI wait until the beginning of the Q4 end-of-year shopping season before they bring us the DJI Mavic Pro II? Will that push the Phantom 5 into 2019? Possibly.

Another theory would be that there is no Phantom 4 Pro II and this is, in fact, the new Phantom 5. Personally, I don’t think that this is the case but whatever DJI has in the works for us, it was important enough for Adam Lisberg, Corporate Communication Director, North America at DJI, to go and take a look.

Visited a secret @DJIGlobal lab last week, and this is the only piece of equipment I could take a picture of. pic.twitter.com/I5ruj1ened

DJI works with Bay Area Compliance Laboratories Corporation to get their FCC approvals in place. Their offices happen to be very close to Menlo Park, where DJI introduced the XT2 dual-sensor infrared camera on March 23rd and may well be the secret DJI lab that Adam mentioned in his tweet.

What do you think about the Phantom 4 Pro V2.0?  Let us know in the comments below.