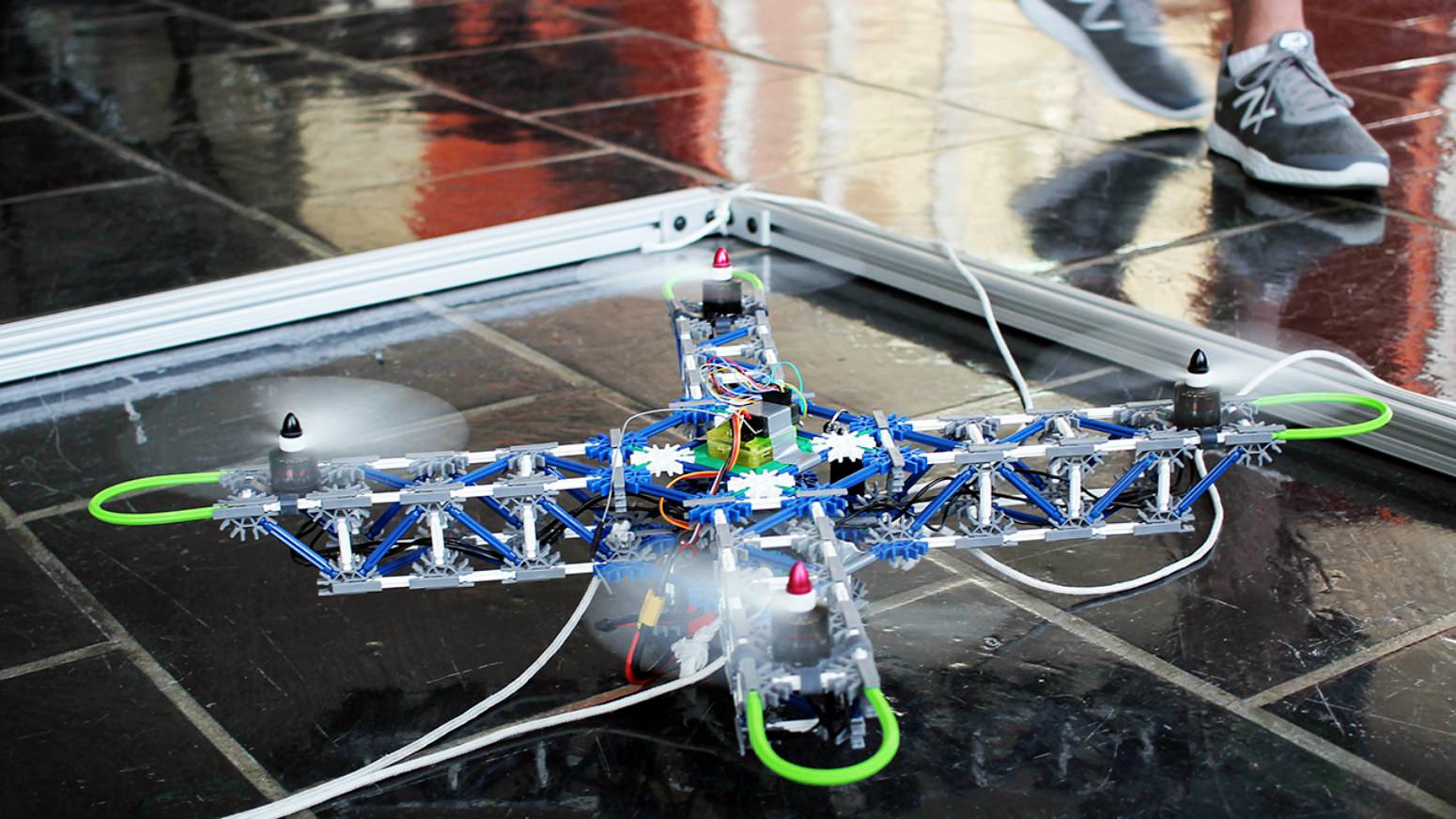 Students get excited about tech when they realize they can actually build and program drones. One of the companies that really get that is Parrot with their special drone education program focussed on kids. The students at Temple University didn’t need Parrot, however, they just dove right it and are figuring out how to build an autonomous or self-flying drone using K’Nex. Isn’t that awesome?

An autonomous flying drone made from K’Nex

James McHugh, a senior design student is working on the autonomous K’Nex drone together with senior electrical engineering majors David Arnott, Jess Cohen, and Jon Szynal. Together the team hopes to be able to build an autonomously flying drone that can give self-guided campus tours to prospective students.

The team was inspired by a similar drone project that was developed at the Massachusetts Institute of Technology Senseable City Lab in 2013, called SkyCall. MIT students built an autonomous drone that could guide students around campus. See also the video below.

The students at Temple University dove into the project and realized quickly that they had to learn new concepts like robotic operating systems and machine learning. Topics that were not part of the standard engineering curriculum.

“When you start your senior design project, you can take it two ways,” McHugh said to the Temple News. “You can stick with the stuff you know, stay safe and kind of just go from there, or you can try to dive into the stuff you don’t know. Fortunately [and] unfortunately, that’s what we’ve been doing.”

One of the most complex issues to conquer is machine learning. On one hand, a convolutional neural network is used to capture and store visual information from the two cameras at the front of the unmanned aerial vehicle. On the other hand, the team uses imitation learning to train the drone through a series of tests how to avoid real-life obstacles such as buildings and lamp posts.

Here’s how imitation learning works. Without actually flying the drone, the team has performed a number of tests using a simulator that creates a three-dimensional urban environment. The drone improves its flying behavior by repeatedly flying through the simulated city landscape and perfecting the algorithm that determines its flight path. 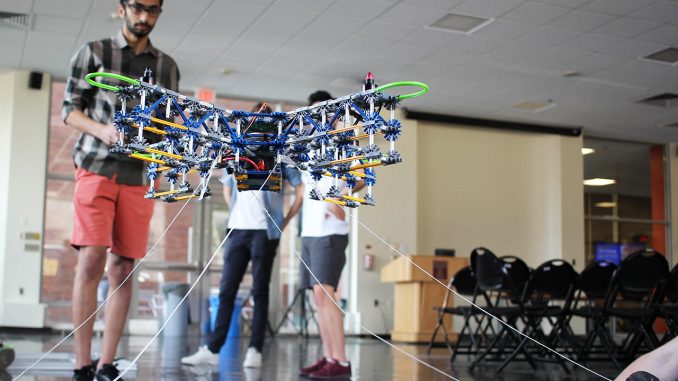 Before the autonomous K’Nex drone is able to provide self-guided campus tours there a still quite a few hurdles to overcome. The current team of students has spent a lot of time on developing the algorithms needed to train the drone, which is why the drone will not be finished by the end of this semester. They are hopeful another team will take over in the new school year to finalize the drone and teach it for instance how to obey traffic signals.

“Right now we’re just trying to get this thing in the air, but there’s a lot of things to take in account,” Arnott said. “Like if a person gets too far away from the drone, it should wait. We had a solution to that, but we didn’t have time to implement it.”

McHugh said that he would like to continue working on projects that involve machine-learning after his graduation, although neither he nor Arnott siad that it doesn’t have to include drones.

“Once you have this creative option open, you’re going to find people doing crazy stuff with it,” Arnott said.

After graduation. I think this team should probably get in touch with Skydio as it seems that they are looking to hire.

The @SkydioHQ Autonomy Engine is state of the art across a few dimensions: https://t.co/McoTEpLkur

We're looking to hire computer vision research engineers who can help us push further ahead in building flying robots that do magical things for users: https://t.co/vzCVKMot1q