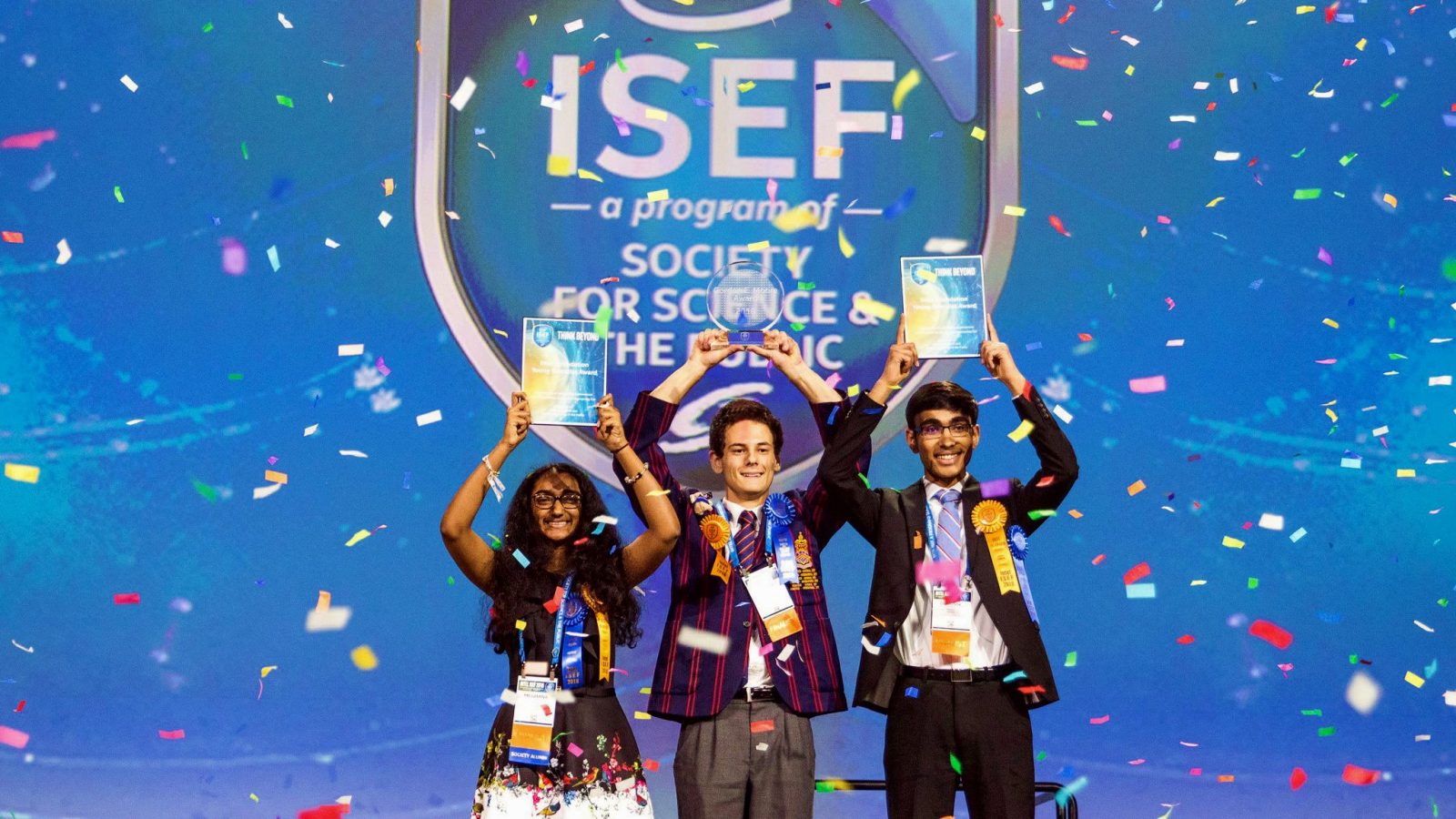 This year about 1,790 students competed for almost $5 million in prizes from the Intel International Science and Engineering Fair. A 19-year-old student from Barker College in Sydney, Australia took home the top prize of $75,000 with a window cleaning drone.

I was hoping for a second place, maybe.

The Australian student, Oliver Nicholls took home the top prize of $75,000 dollars with a window washing drone that can clean the windows on skyscrapers. His invention earned him the Gordon E. Moore award, named after Intel’s co-founder.

Nicholls told Science New for Students: “I was hoping for a second place, maybe.”

The ISEF award is the world’s largest international pre-college science competition, that was started in 1950 and is still organized by the Society for Science and the Public. This year the competition was sponsored by Intel and brought together students from 81 countries, regions and territories, Who enters 1383 projects in 22 different research categories.

“Congratulations to Oliver Nicholls, Meghana Bollimpalli and Dhruvik Parikh on winning the top awards at the Intel International Science and Engineering Fair!” said Maya Ajmera, president and CEO of Society for Science & the Public and publisher of Science News. “The breakthrough ideas presented by the winners and finalists demonstrate how the brilliant minds of future generations will make the world a better place. These young innovators are the stewards of our future, and we look forward to seeing all that they accomplish as they continue to pursue their interest in STEM.”

Oliver Nicholls was inspired to create the window washing drone after he had learned of two local accidents involving the cleaning of skyscraper windows. The drone is roughly the size of a cooler and weighs about 30 pounds. It sprays water on the windows, removes any dirt with microfiber scrubbers and removes excess water with a windshield-washer-style squeegee.

The drone hangs off the side of the building with cables and it has propellers to lift the drone off the wall and move it from one window to the next. A different set of propellers is used to keep the drone firmly pressed against the glass during the cleaning process.

Washing the windows of a skyscraper is not only a dangerous but also an expensive undertaking. Nicholls expects to sell the window-washing drone for around $8,300 in which case he estimates it will pay for itself after one cleaning session of a seven-story building. Nicholls says that he has tested the drone at home and that it can handle wind speeds of up to 45 mph. 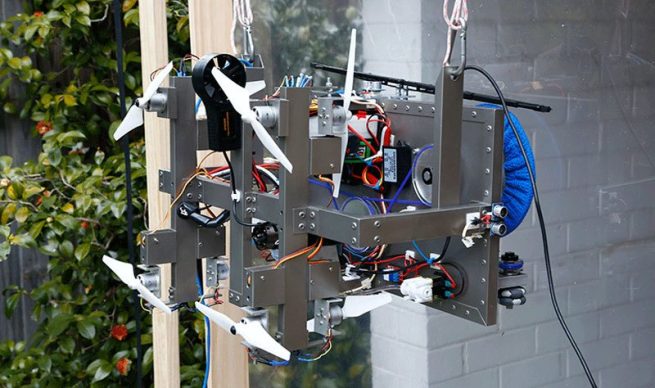