Check out this cover of TIME Magazine – The drone age is here! 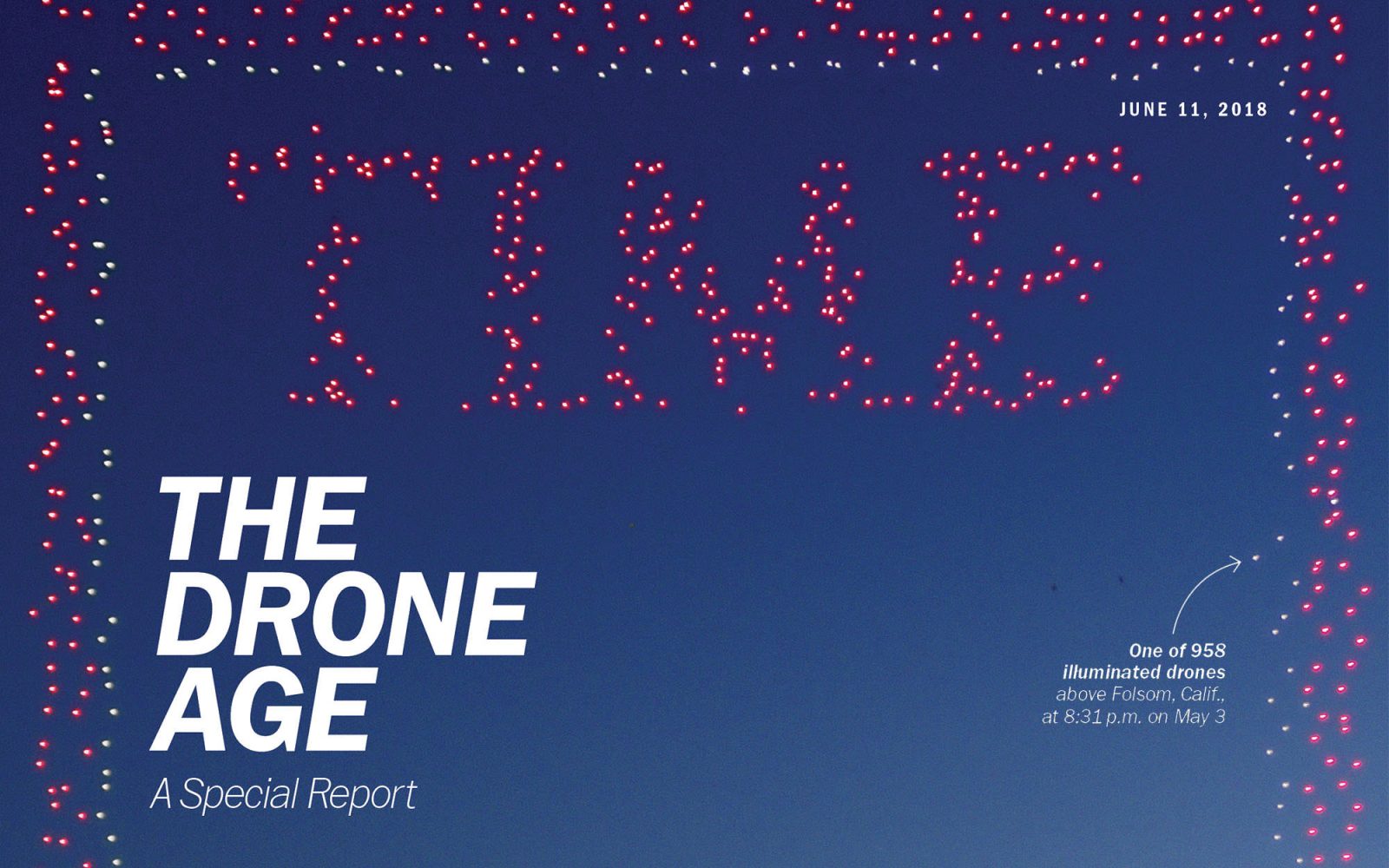 As if we, drone enthusiasts, didn’t know this already. We are living in the early days of the drone age. Super exciting stuff! TIME Magazine came to the same conclusion and dedicated a special report to unmanned aerial vehicles, called: “The Drone Age.” What makes the cover of this week’s publication so special is that the timeless TIME Magazine cover has been created with the help of Intel’s drones AND the photo itself was also taken by a drone. Pretty awesome stuff!

The special edition will be in stores tomorrow, so be sure to pick one up. Here are, if not all, at least some of the articles that you can also read for free online.

About this week’s issue of TIME

This week’s issue of TIME is a special report on drones that explains how they are transforming our world, from lifesaving innovations in healthcare to creating new works of art to the race behind new efforts to secure our skies.

The issue features the first-ever TIME cover shot by a drone. To create the image, TIME worked with Intel’s Drone Light Show team Astraeus Aerial Cinema Systems to set 958 drones to display the iconic red border and logo of TIME. The result was one of the biggest drone shows ever produced in the U.S. To watch a video of the cover being created and read more about the process, please visit: time.com/drones

On how drones are everywhere, TIME’s Alex Fitzpatrick writes:

“With any technology, there are certain inflection points when it goes from being something perpetually in the near future to being a part of everyday life. For years, drones have been hovering on the cusp—used by militaries and relatively small numbers of hobbyists but not part of the larger culture…. Civilian uses, however, have long been more promise than reality. That’s finally changing.”

Fitzpatrick continues, “The surge in drone use presents a challenge for regulators…. Developments in artificial intelligence and automation will make it possible to operate massive drone fleets simultaneously, increasing efficiency and greatly expanding their capabilities. First responders envision highways lined with drones ready to zip lifesaving medicine to accident scenes. Global transportation firms are designing helicopter-size versions that could zip people around like flying taxis, Jetsons-style, without a pilot on board. Like it or not, the sky above is about to become far busier.”

On how small drones are creating a new age of warfare, TIME’s W.J. Hennigan writes:

“Unlike military drones that can cost more than $15 million and look like small airplanes, mini quadcopters can be obtained for a few hundred dollars—and their capabilities are exciting the imaginations of bad guys…. It is the widespread availability of commercial drones that poses the largest threat…. Part of the problem is that our laws and regu­lations aren’t designed for this new kind of threat…. America’s defensive tactics against drone strikes are rudimentary… The Pentagon is working to develop two ways to combat terrorist drones: ‘hard kill’ solutions that involve physically disabling drones, and ‘soft kill’ ones that bring them down electronically.”

“We know that terrorists are using drones overseas to advance plots and attacks, and we’ve already seen criminals use them along and within our borders for illicit purposes. We are working with Congress for the authorities needed to ensure we can better protect the American people against emerging drone threats.”

On how drones are finding their way into Hollywood and the art world, TIME’s Stephanie Zacharek writes:

“Drones, as of now operable only by humans, tell us what humans find visually interesting. Drones are practical, but like any tool wielded by humans—pencil or paintbrush or maestro’s baton—there’s poetry in them too. Because of this, more and more, drones are finding their way into the art world…. The more drones are used, the more likely we are to take elaborate drone shots for granted. Yet these machines are still finding ways to wow us.”

On how drones are saving lives, TIME’s Aryn Baker reports on Zipline

Zipline is a U.S. startup that partnered with the Rwandan government to launch the world’s first commercial drone delivery service, ferrying vital medical supplies to far-flung hospitals by air: “The success of Zipline in Rwanda has inspired the company to grow. Zipline is now expanding into neighboring Tanzania, with plans to launch the world’s most extensive drone delivery service providing blood-transfusion supplies, emergency vaccines, HIV medications, anti­malarials and basic surgical supplies to more than 1,000 health facilities.” 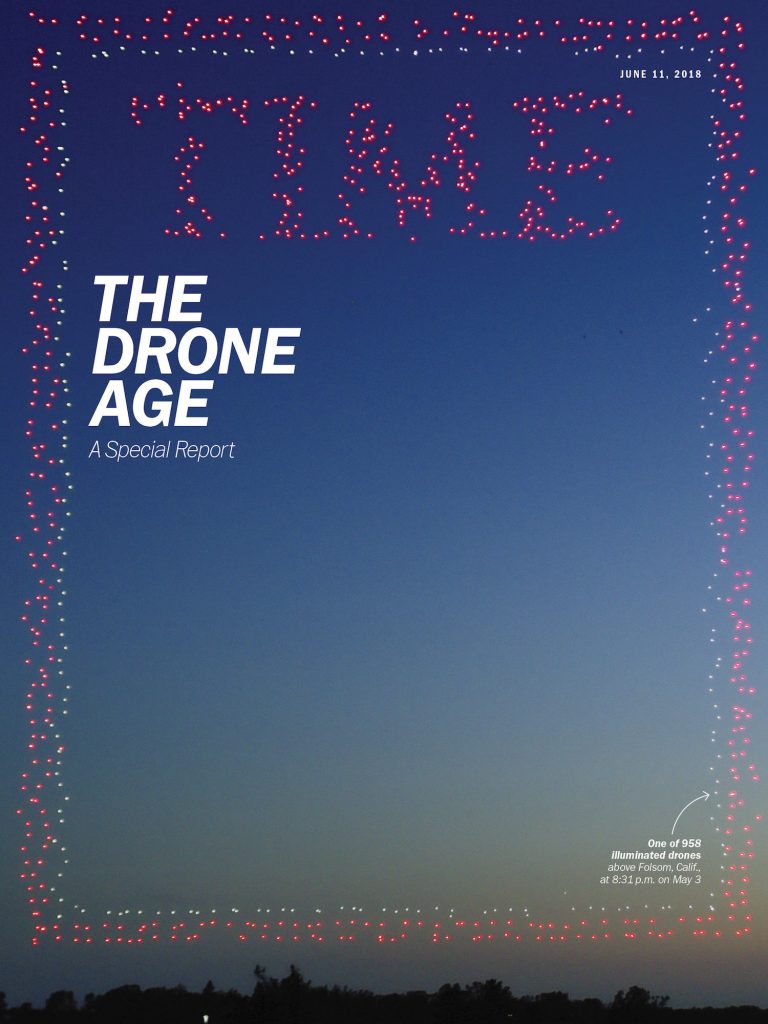