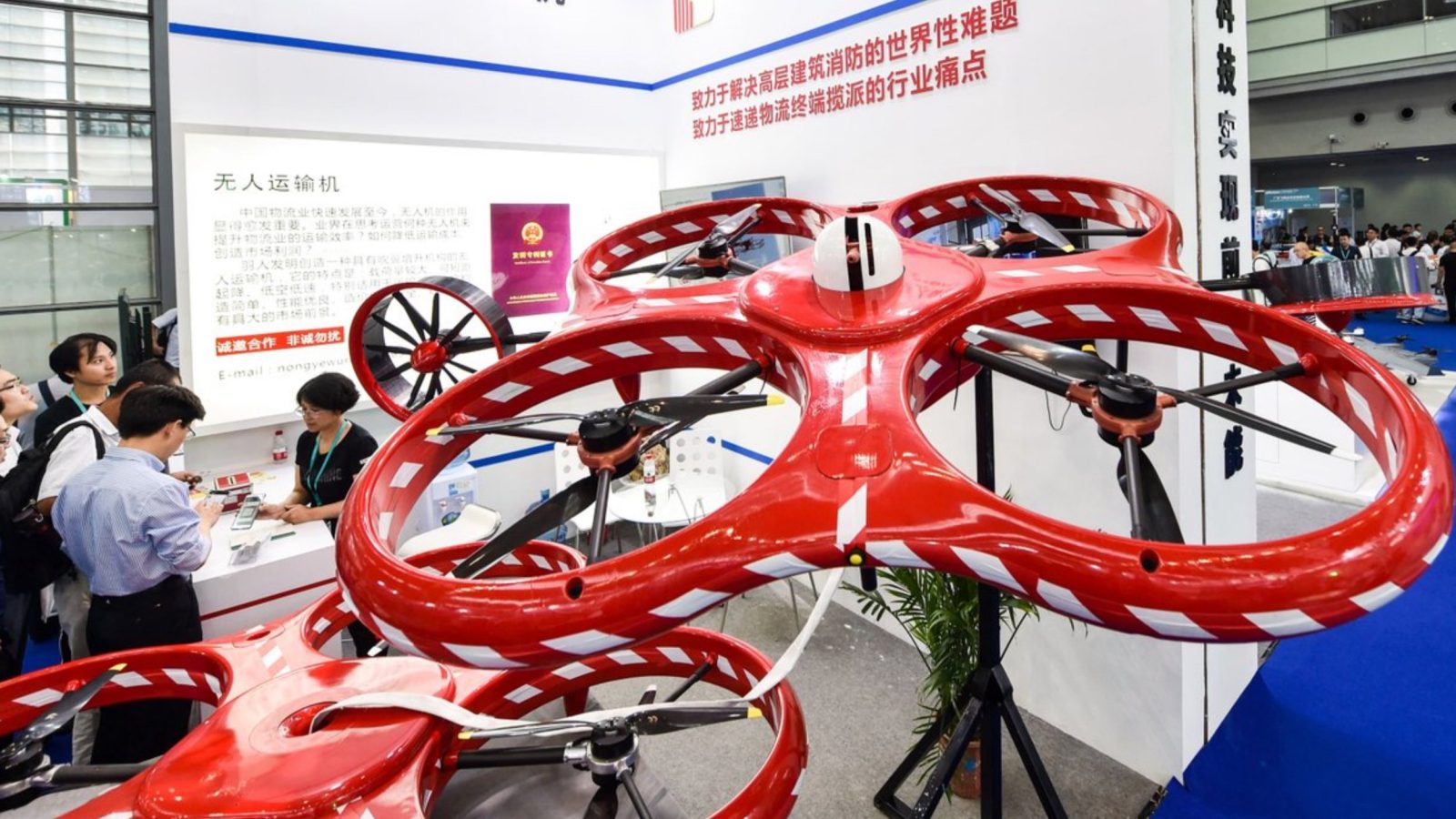 Last Friday, the 2018 World Drone Congress and the Third Shenzhen International UAV Expo 2018 kicked off, displaying hundreds of different types of drones. The three-day event showed highlighted the booming drone industry in China and how the various types of drones might impact our day to day lives at some point.

Among the various types of drones on display, there was one that can take selfies and fold into a smartphone case. The mini-drone has a flight time of about four minutes and can fly at a distance of up to 15 feet.

According to Xinhuanet, there was also a display of drones that fly in a synchronized fashion from the company Shenzhen HighGreat Innovation Technology Development Co., Ltd. These drones are designed for weddings and other ceremonies. The CEO of the company reportedly said that the drones had been very well received and that:

“In the open air, they can form the shape of a dolphin, a seagull or a heart. The drones can deliver rings and flower bouquets.”

The chairman of Shenzhen UAV Industry Association said that Chinese drone manufacturers are coming forward as strong competitors with products aimed at the agricultural, security, inspection, mapping, logistics, firefighting and emergency rescue markets. He continued to say that “the civilian drone industry is developing fast,” beyond the consumer market.

At the Expo there were also drones on display aimed at the industrial market, including one weighing 400 lbs., which can carry over 600 pounds of fertilizer. Another example was a firefighting drone capable of bringing over 50 lbs of extinguishing agent to hard-to-reach places. There was also a portable tilt-rotor drone on display, designed explicitly for mapping services with a maximum cruising speed of 47mph and weighing in slightly more than 12 lbs.

For the first responders, emergency services and logistics market, a number of drones were on display with Intelligent features such as obstacle avoidance, multi-point dropping off payload and many other functionalities.

There are currently more than 1,200 Chinese companies active in the drone market, with DJI being the largest, according to the Shenzhen UAV Industry Association. Last year the output of Chinese civilian drones had increased with 67 percent to 2.9 million unmanned aircraft.

Hundreds of civilian drones are displayed at Shenzhen expo which shows how unmanned aerial vehicles are going to change people's lives https://t.co/bYHoNeYuv0 pic.twitter.com/ZP3L3MbYIv