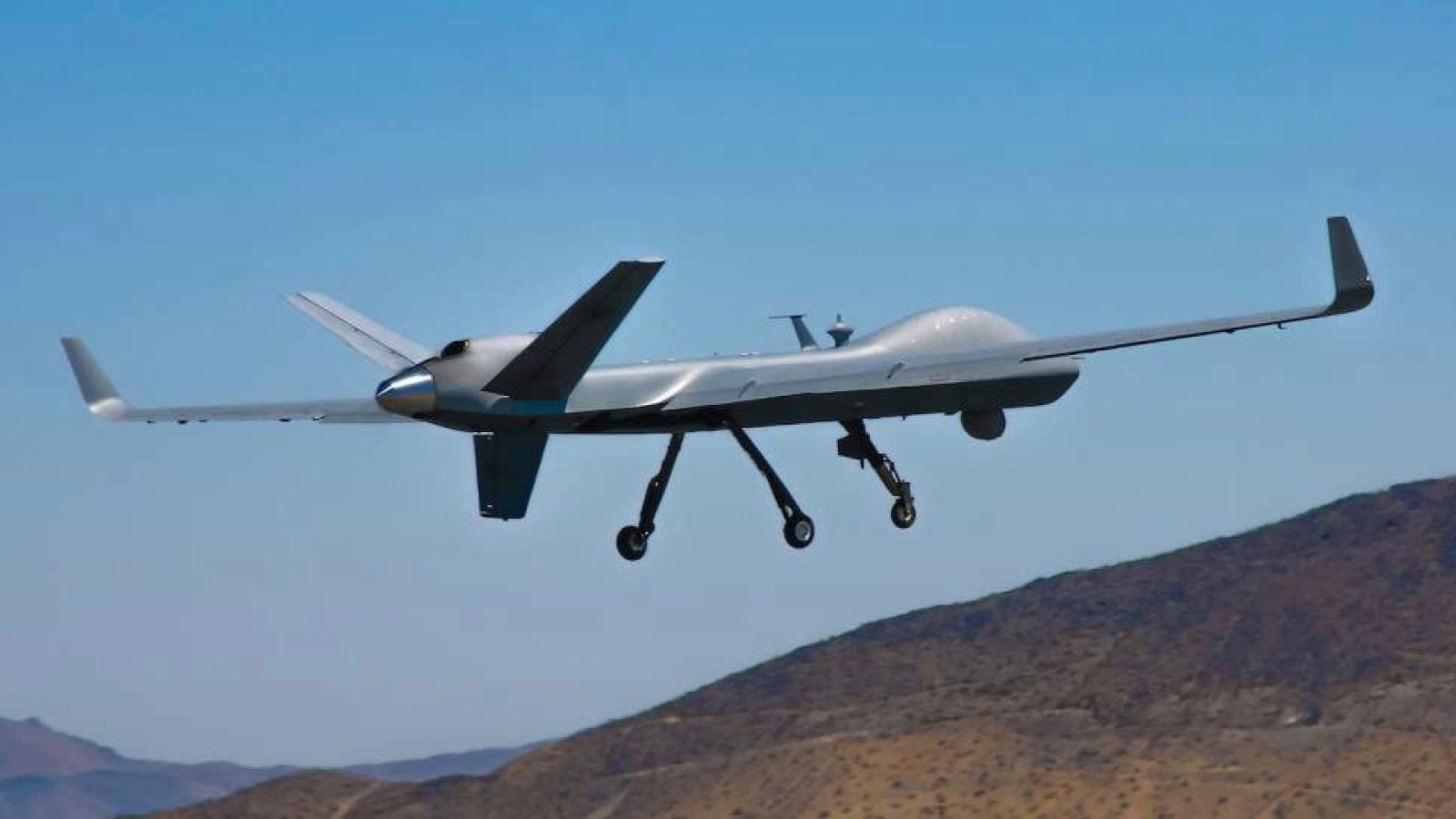 Combat drones have changed warfare immensely. One country can strike another without deploying any personnel whose lives would be at risk. The new MQ-9B looks to join the United Kingdom’s Royal Air Force (RAF) in early 2020 and has a big mission in front of itself as it is planned to fly non-stop from North Dakota to Gloucestershire, England on July 11th.

This aerial platform was developed by General Atomics Aeronautical Systems, Inc. (GA‑ASI) and boasts various improvements over its predecessor, the MQ-9 Reaper. The MQ-9 has been a part of the RAF’s Reaper fleet which has completed a combined 2 million flight hours with all 300+ of their aircraft.

Development began on the MQ-9B in 2012. Just four years later in 2016, it embarked on its first flight. This new combat drone promises increased payload weight, extended range, and planned integration of UK weapons. Its range is 40 hours of non-stop flight and the wingspan of the drone is 79 feet. Its maximum speed is 242 mph (389 km/h) and can reach altitudes of 40,000 feet (12,200 meters).

The range is what is really impressive, in fact, it set an endurance record with 48 hours of continuous flight. That is 2 whole days!

Guto Bebb, The Minister for Defence Procurement, had this to say on the new MQ-9B:

“With almost double the endurance of its predecessor and armed with the latest missiles and surveillance technology, this unmanned aircraft will not only give us a decisive advantage on the battlefield but will help us reach new heights to keep Britain safe at home and overseas.”

The MQ-9B should have no problem making it across the Atlantic with its long flight time but does come equipped with an Inmarsat SwiftBroadband SATCOM to maintain a connection with ground control. This will allow operators on the ground to monitor the drones status.

Combat drones are a controversial topic in talks of morality as critics claim they are a “cowards” weapon. Aside from the ability to carry weaponized payloads, the MQ-9B is the golden standard when it comes to drones. It can be used on various missions that involve reconnaissance, search and rescue, and surveying purposes. Small tasks like surveying a tower would be silly with this massive drone, but more likely it could be used prior to severe storms to survey the damage done.

GA‑ASI has proven from its track record that drones have the ability to replace manned aircraft in certain situations. With the successful completion of its transatlantic flight, they can add one more major milestone completed by their MQ-9B Reaper.