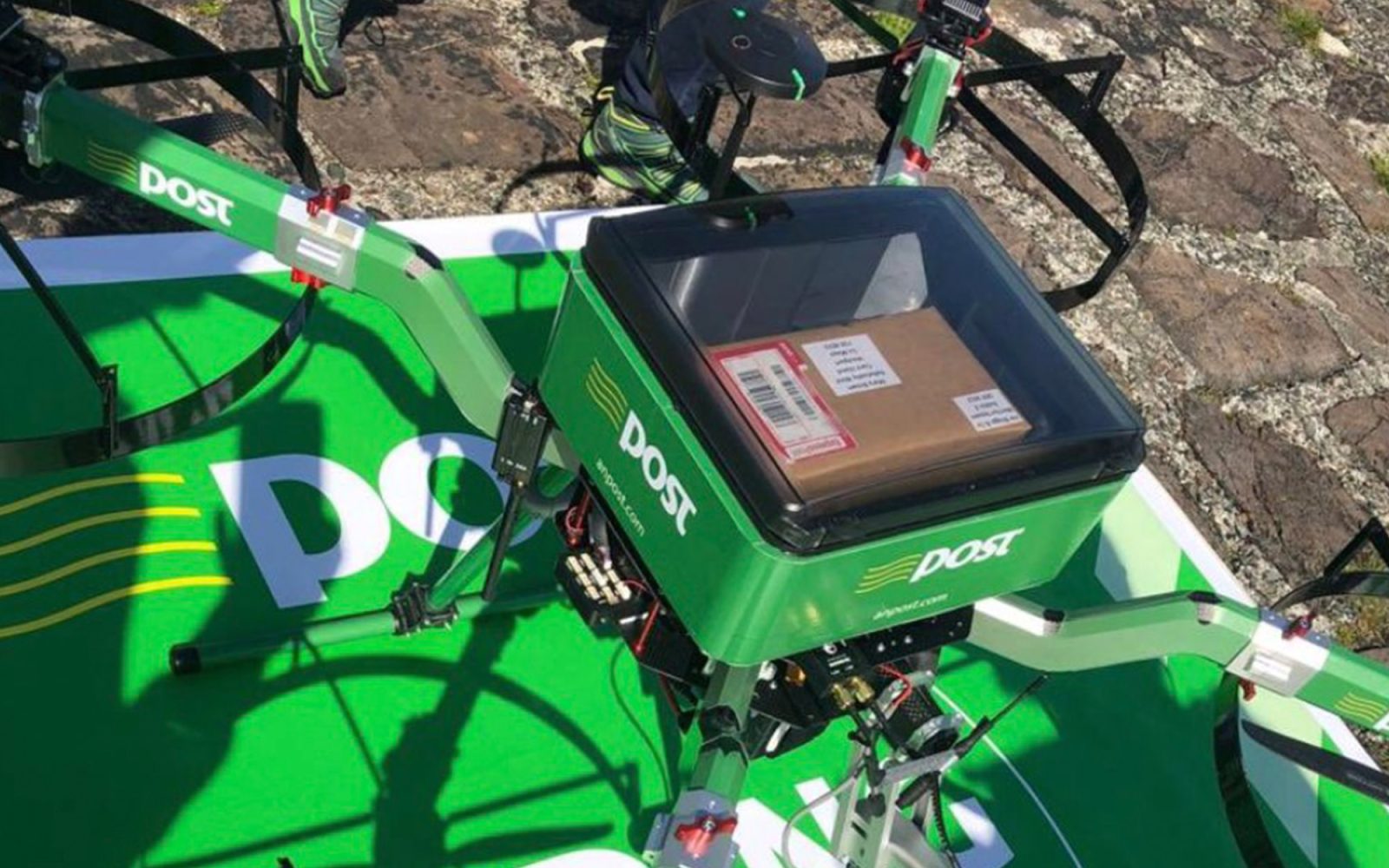 AN Post made the first successful delivery of a package by drone in Ireland. The unmanned aerial system (UAS), nicknamed “Postman Padraig” delivered the small parcel from Roonagh pier in Mayo to a postal operative on Clare Island, around 3:30 pm, last Thursday.

Last week in Ireland, the first ever successful delivery of a package by drone was made by AN Post, according to the Irish Times. The delivery was made over water from the Roonagh pier in Mayo to a postal operative on Clare Island. The delivery took 11 minutes and 30 seconds to complete and the mission was called “Rothar to Rotor” in reference to a Saw Doctor’s song “Clare Island”.

A spokesman for the company said that: “just after 3.30pm on Thursday, we delivered a parcel by drone from Roonagh Pier in Mayo to Clare Island.” This was AN Post’s “first autonomous drone over water, a test flight and a prelude where similar flights to hard-to-reach locations are concerned,” he added and it was also “the first of its kind in the country.”

The spokesperson said that drones would not be replacing the regular service and that deliveries by drone were weather dependent as with boats and helicopters.

Drone deliveries “will not replace the regular service, but it is going to be a part of the future,” he added.

AN Post hopes that drone technology will become part of their ways of being able to deliver packages to customers in remote and secluded areas.

FIRST FLIGHT An Post has just carried out Ireland’s first ever autonomous parcel delivery from mainland to island using a drone. Just after 3.30pm on Thursday we delivered a parcel by drone from Roonagh Pier in Mayo to Clare Island #DeliveringTheFuture pic.twitter.com/rBX7WYHI8p

What do you think about deliveries by drone? Let us know in the comments below.