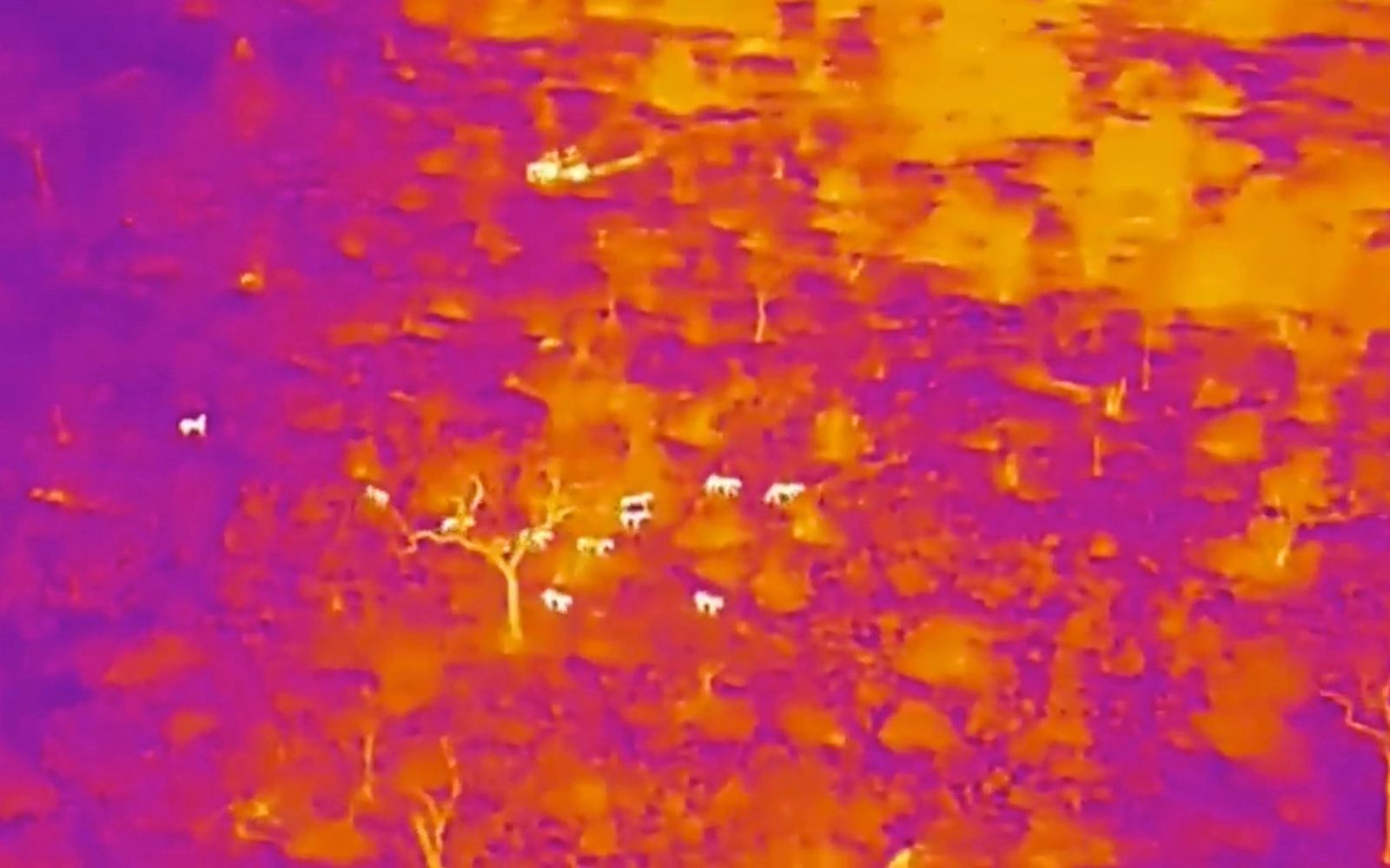 Just this morning we came across this amazing video from Safari Live (National Geographic) that shows the Nkuhuma Pride of lions hunt at night in Kruger National Park in South Africa. The lions are being followed by one person (James Henry) in an open 4×4 and by a thermal drone. Watching the thermal drone footage provides a stunning view of the pride’s movement through the thick South African bush. At some point, you can actually see another smaller animal run away from the approaching pride.

A pride consisting of eleven, mostly female, lions – there is one two-year-old male as well – hunts at night in Sabi Sand, Greater Kruger Park in South Africa. The lions are part of the Nkuhuma Pride and are being followed by one person in an open 4×4 and by a thermal drone.

It is the first time, the team uses a thermal drone and at an altitude of around 300 feet, it provides a totally new perspective on the pride’s movement through the South African bush. The lions are playful at times but seem hungry and are on the hunt looking for something to eat. At some point, the video appears to show a herd of small antelope but luckily for them, the pride missed them.

At one point in the video, you can see the lions from close up and you can also hear the buzzing drone overhead, the lions, however, seem not at all distracted by the nearby unmanned aerial vehicle. 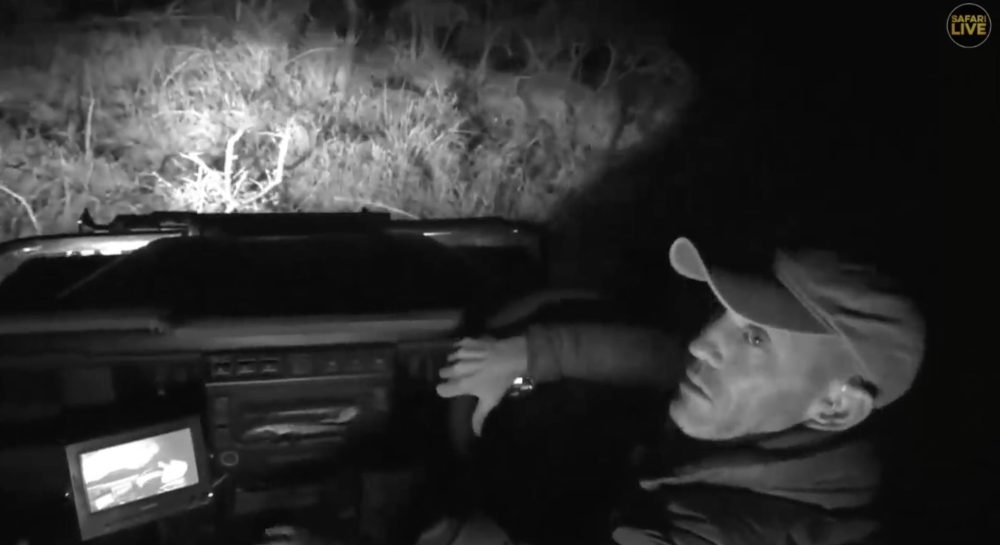 The James Henry driving the 4×4 responds to a viewer’s question, about his safety driving an open vehicle so close to a pride of hunting lions, by saying the following:

“In a vehicle, we are perfectly safe. They just see us as a benign presence that comes and goes from their existence. I’m not personally convinced of a lion’s enormous intellectualism, so I don’t think they think too much about it.”

Personally, I would prefer to fly the thermal drone from a safe distance away, instead of driving around a hunting pride of lions in an open vehicle.

What do you think about the use of thermal drones to monitor wildlife? Let us know in the comments below.