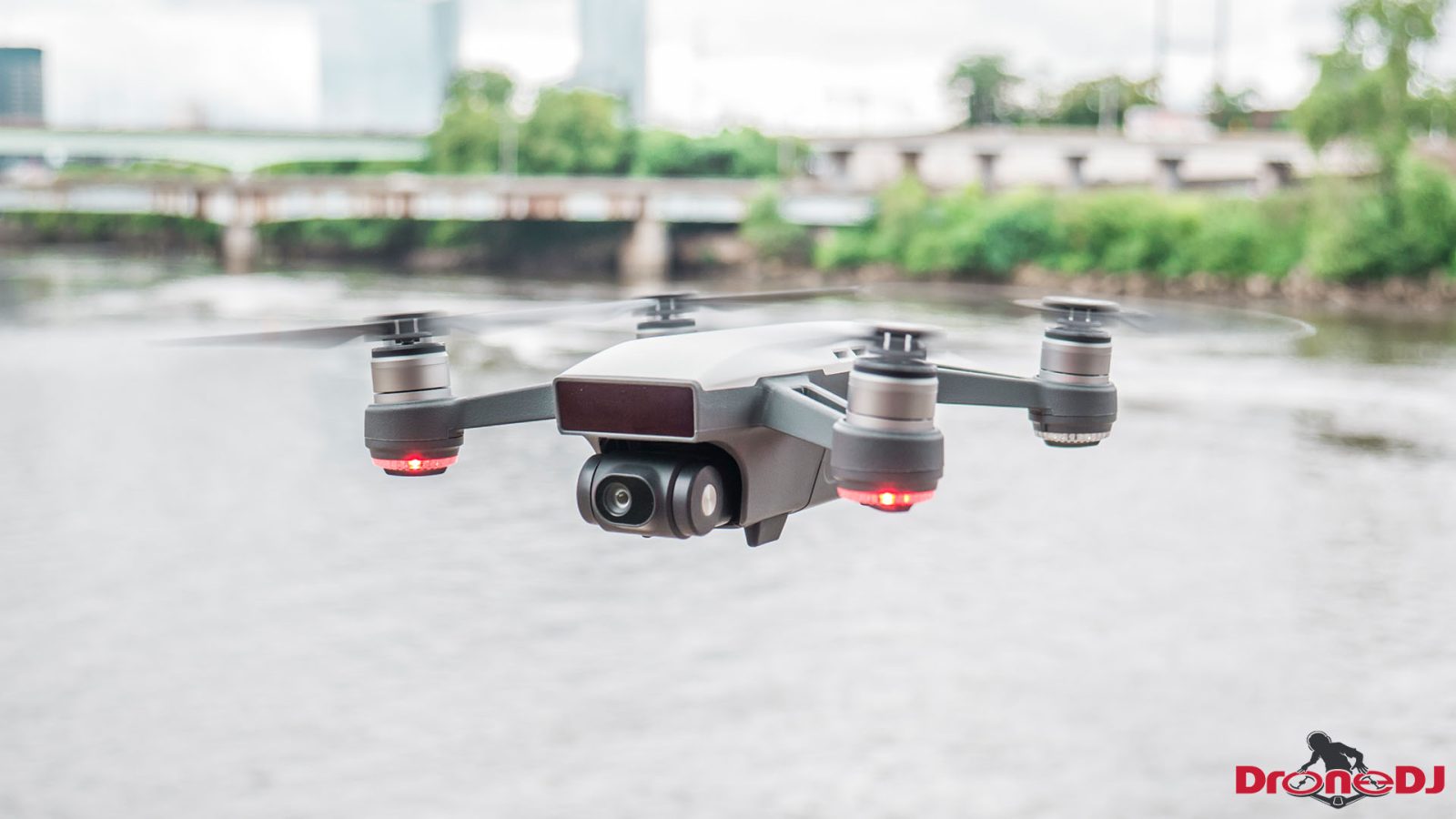 The DJI Spark was unveiled over one year ago on May 24th, 2017 at a keynote event held in New York City. This is the least expensive drone that DJI offers (the Tello is offered by Ryze), appealing to beginner pilots and average consumers who don’t want to drop some serious cash. This however does not mean the Spark is a low-end drone. It is packed with plenty of software features and power to experience the thrill of flying. Even being a year old, which is forever in terms of technology, it’s still the best beginner drone available for purchase.

The Spark might be known as a beginner drone throughout the industry, but after flying it for the past year I have a hard time getting on board with that idea. Even after having the opportunity to fly the DJI Phantom 4 Pro every single day as my main workhorse, the Spark still proves to be a joy to fly every single time I get it up in the air. 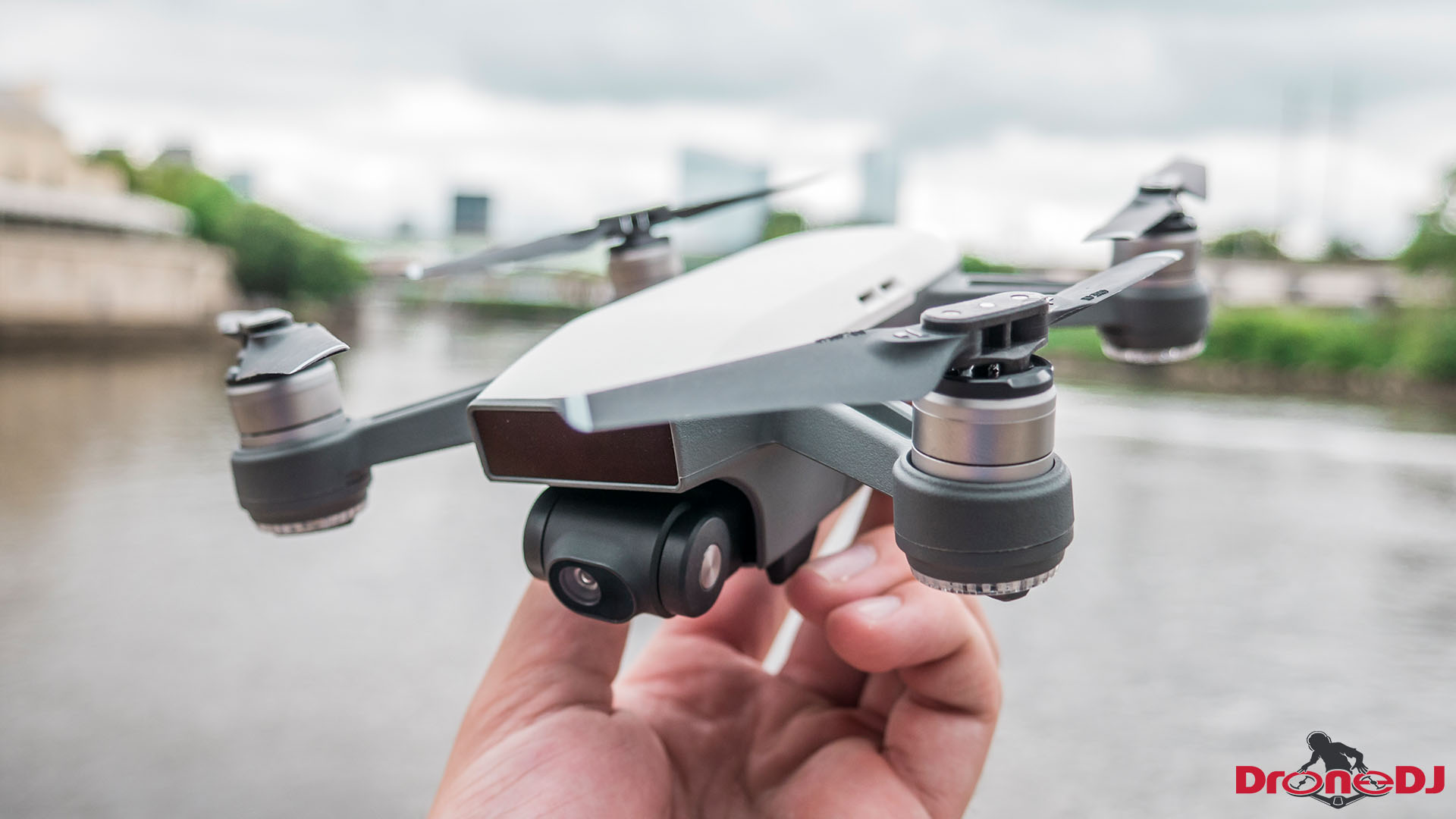 The small body of the drone is perfect for traveling, but it doesn’t end there as the Spark can do so much more than any other drone of its class.

I’m a huge fan of flying in sport mode with all of my DJI drones to capture fast-paced, cinematic video. The Spark is no exception and I never feel it holding me back with a top speed of 31 mph (50kph).

Even at this fast speed, the agility of the Spark is unmatched. Bigger drones like the Phantom 4 Pro often take longer to brake and make sharp turns whereas the Spark does exactly what it’s told through the controller without hesitation. This is obviously credited to the small size but goes a long way when filming moving objects or flying in close quarters.

Also coupled with performance is flight time. Coming in at 16 minutes, I think it’s plenty for a drone of its size. If you’re like me, constantly pushing the drone in sport mode, then you might want to pick up some spare batteries which only cost $49. You also have the ability to charge the battery directly via a micro USB port which comes in handy when on the go.

Certain components of the Spark were made smaller to accommodate its smaller size, but the camera was not one of them. This means the image quality is pretty close to that of the Mavic Air and Mavic Pro as each of them have the same size sensor at 1/2.3”. 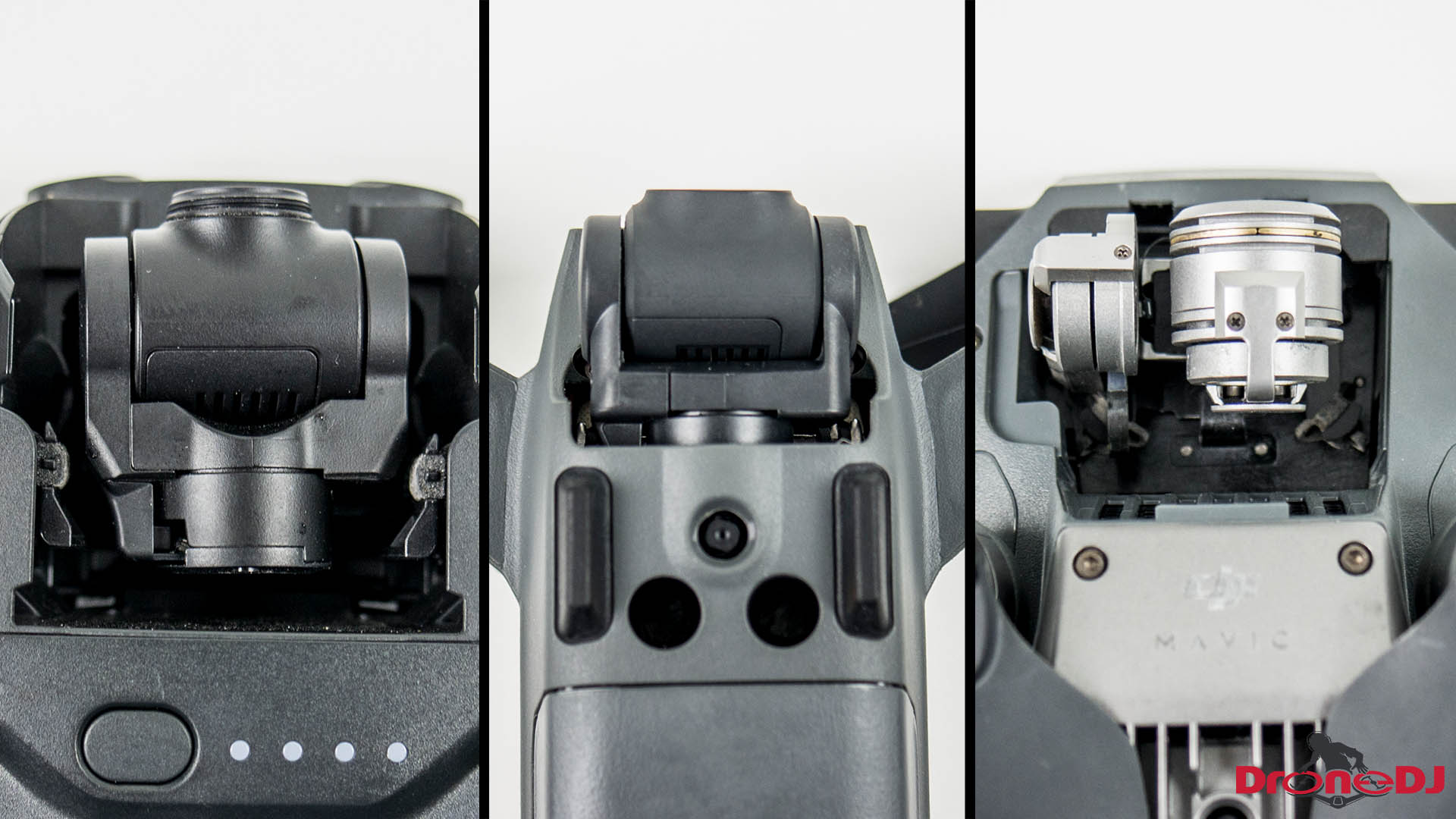 The photo above shows the gimbal and camera assembly of the Spark, Mavic Air, and Mavic Pro which are all relatively the same size. The gimbal design is similar to the Mavic Air’s but instead is only stabilized mechanically on two axes. The third axis is implanted through digital stabilization which I find plenty on a drone, the videos are still silky smooth.

An interesting thing to note is the output resolution of the photos and videos shot by the Spark. The video is limited to 1080p, 1920×1080, while photos come out in a much higher resolution, 3968 × 2976 to be exact. I have found in the past year that the Spark is the ultimate photography drone based on these numbers. If you don’t believe me, check out these unedited photos below.

What DJI got wrong

The Spark begins to feel more like a beginner drone when you try to take it out past a couple of thousand feet. The advertised range is 1.2 miles (2km) but I have struggled to reach anything past 4,000 feet. 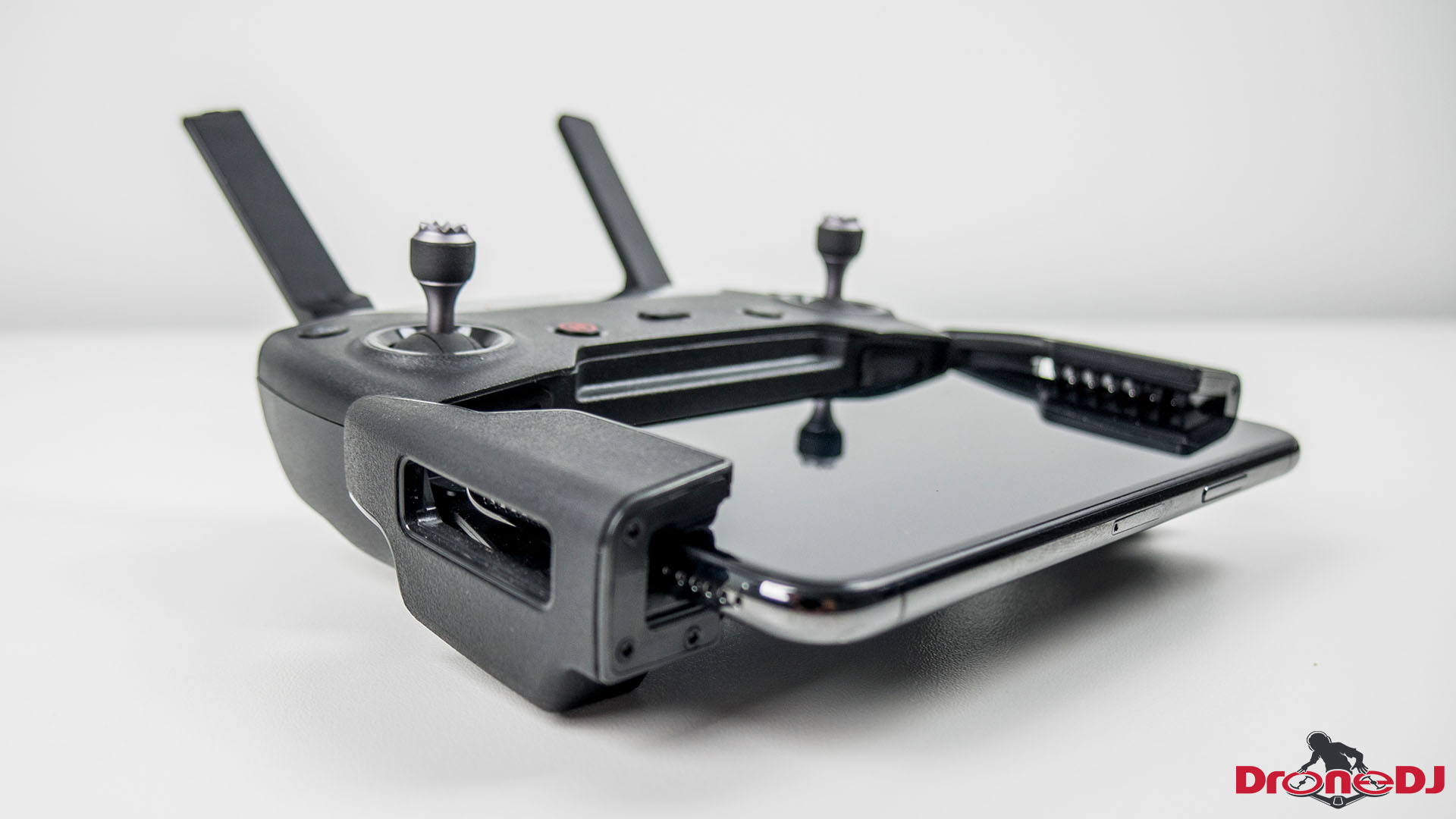 Credit to DJI, the WiFi transmission system they used has come a long way through firmware updates. The mobile device connects to the remote wirelessly instead of plugging in directly which adds to the frustration. The drone was physically impossible to fly with the amount of latency I experienced, so I rigged up a way to plug directly into the remote. 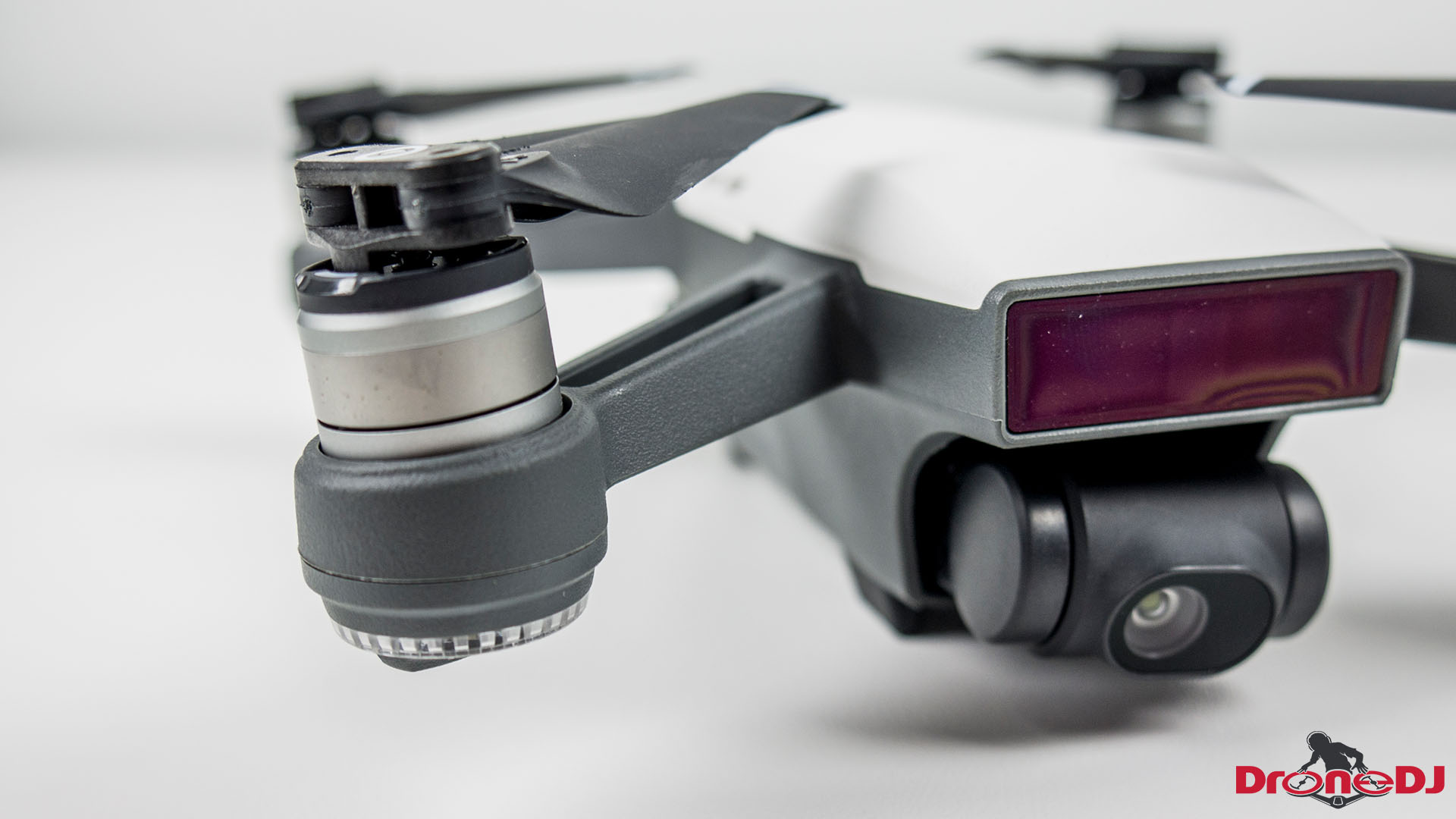 A thought that has stayed with me since I first got my hands on the Spark is the non-folding arms. Yes, the body is so small there wouldn’t be any room for the arms to fold in, but it makes traveling awkward. It just takes up more room than I would like.

The Spark has fluctuated between prices since the release of the Mavic Air last January to tempt buyers to into getting their first drone. Its cost has since gone back to the original $399 price point but now includes a remote controller. The Spark originally shipped with no way to control it, instead, you could link your phone to the drones WiFi signal and use virtual joysticks with the DJI Go app. This newly included remote costs $119 separately and is a necessary accessory if you are serious about flying.

The Spark fly more combo has seen a decrease in price as a result of the remote now being included with the drone. Just after launch, I bought the fly more combo for $699 and it now costs only $549.

Bottom line after one year

After many hours of flight on the Spark over the past year, I can say that it truly lives up to the title of “beginner drone,” in fact, I think it is better than a beginner drone. What DJI has packed into such a small package is remarkable and what I think is truly incredible is the fact that they held themselves back. They could have included a better transmission system, a better camera, and a 3-axis gimbal, but instead, they watered this product down to fit the category of “beginner drone.”

I don’t believe we will see a Spark 2 anytime soon, but the reason is that nothing even competes with this drone right now. After a year on the market, it is still the best beginner drone that you can buy. You can read more about the Spark in our previous review: “The DJI Spark mini-drone packs a punch!”

What do you think about the DJI Spark after its first year on the market? Let us know in the comments below.