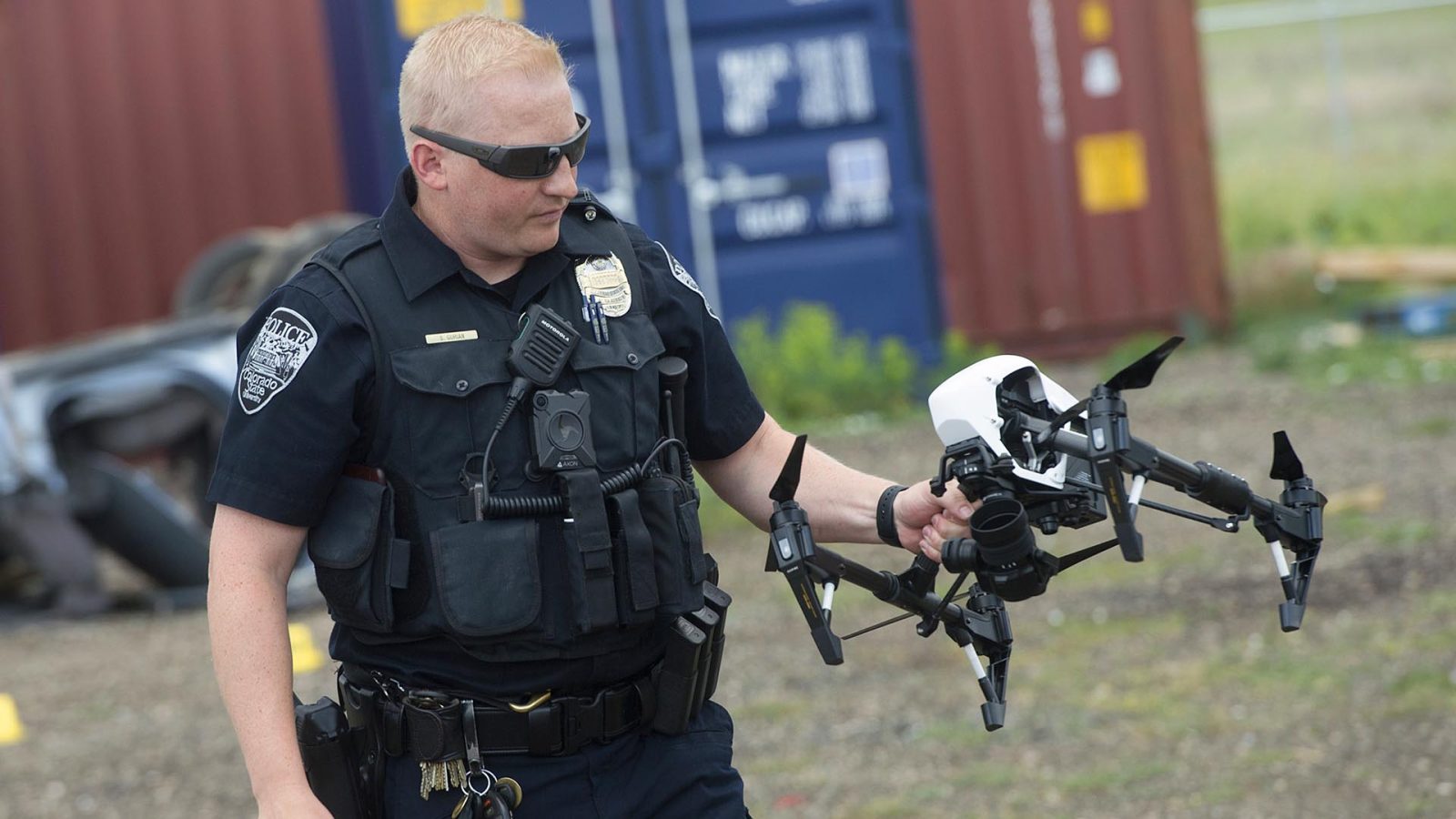 After a motor vehicle accident occurs, police investigators take measurements of the scene using chalk marks, tape measures, and roller wheels. Laser scanning tools have begun to replace older methods but even this can take a crew hours to complete causing massive delays in traffic. Some police departments like the one of Tazewell County, Illinois have begun using drones to get an aerial perspective of traffic incidents, greatly improving overall efficiency.

What was once done by hand, involving a full staff, can now be accomplished through a single operator of a high powered drone. These aircraft are capable of shooting high-resolution photos and videos, all of which can be analyzed by specialists afterward. Software like DroneDeploy also helps stitch multiple images together to make one larger “map.” This software is intended to create 2D and 3D maps of large plots of land but works perfectly in this case as investigators can take measurements through the stitched photo with information collected by the drone itself.

With a drone in the air, hours spent collecting data turns into minutes with little flight planning needed. This means the wreck can be cleaned up faster, opening to the road for people to begin driving again.

More drone use in emergency-services

Law enforcement agencies like police and fire across the country are adopting the use of drones as they are easy to use and cost very little in comparison to other options. In an estimate given by the Center for the Study of the Drone at Bard College in New York, approximately 910 emergency-services agencies have drones.

The Sheriff’s Office of Tazewell County, Illinois has invested $15,000 into their drone program which includes hardware and training. Chief Deputy Jeff Lower states that they have deployed drones at six crashes, including an incident that killed an elderly woman. She ran into the back of a semi-truck trailer and collided with the side of another vehicle in the process. In what would have previously taken three hours, gathering information only took 45 minutes with the help of drones, according to Lower.

The use of unmanned systems is slowly growing within law enforcement and while they might not be a direct replacement for helicopters, they certainly have their own roll in data collection and surveillance.

What do you think about drones being used to investigate motor vehicle accidents? Let us know in the comments below.