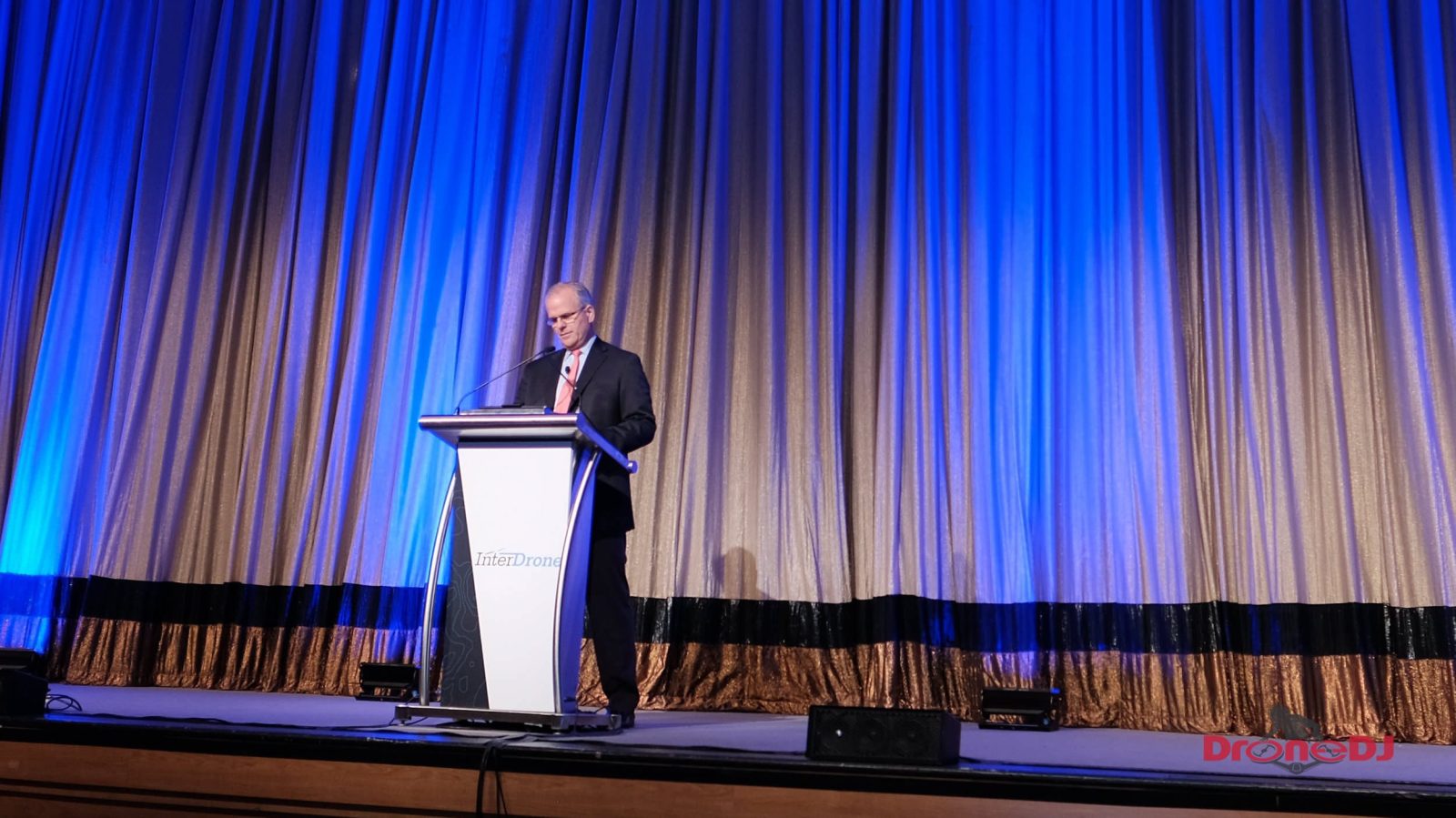 This morning InterDrone started with the Grand Opening keynote address from Dan Elwell, the Acting Administrator of the Federal Aviation Administration (FAA). During his speech, Elwell reiterated that “the FAA is open for business.” InterDrone will run until Friday and is taking place at the Rio All-Suite Hotel & Casino in Las Vegas.

The FAA is open for business

Dan Elwell started off with a joke about representing the government and being here to help. However, he got serious quickly thereafter and said that the FAA wants to fully integrate drones into the national airspace as soon as possible. And that the FAA is open for business. Something he has said as well at other occasions. Perhaps his most telling statement was the following, underscoring the importance of unmanned aviation:

“Drones are going to do for aviation, what the internet did for information.”

Both Elwell and the FAA seem to be completely onboard when it comes to the need to safely and quickly integrate drones into the national airspace. However, hinting at the failed drone attack on President Maduro in Venezuela, Elwell also said that one bad actor can bring the industry to a hold. Hence the focus on safety and thus remote identification and tracking of drones.

Remote identification and tracking of drones

Elwell pointed out that the national airspace system is not a place for “hide and seek”. And that therefore remote ID and tracking of drones are necessary. Similar to cars that have to be registered and need to have license plates.

Elwell also mentioned that currently “the FAA’s hands are tied” because of Section 336, which bars the administration to enforce remote ID and tracking on model aircraft. However, this may change as soon as part of the current FAA reauthorization package that is supposed to be finalized this month.

Elwell ended his speech with the message that it is up to the drone industry to help steer the public opinion on drones. Talking about the benefits of drones, will not be sufficient as long as the safety concerns of the public are not adequately addressed.

@FAA’s Dan Elwell is the first keynote speaker. “Drones are going to do for aviation, what the internet did for information.” pic.twitter.com/DNIEuPtq0n

Speaking at @InterDroneExpo, Acting FAA Administrator Dan Elwell said that drones are going to do for #aviation what the internet did for information. https://t.co/Uu6IdnkXGa #interdrone pic.twitter.com/GBAiIzg0mV