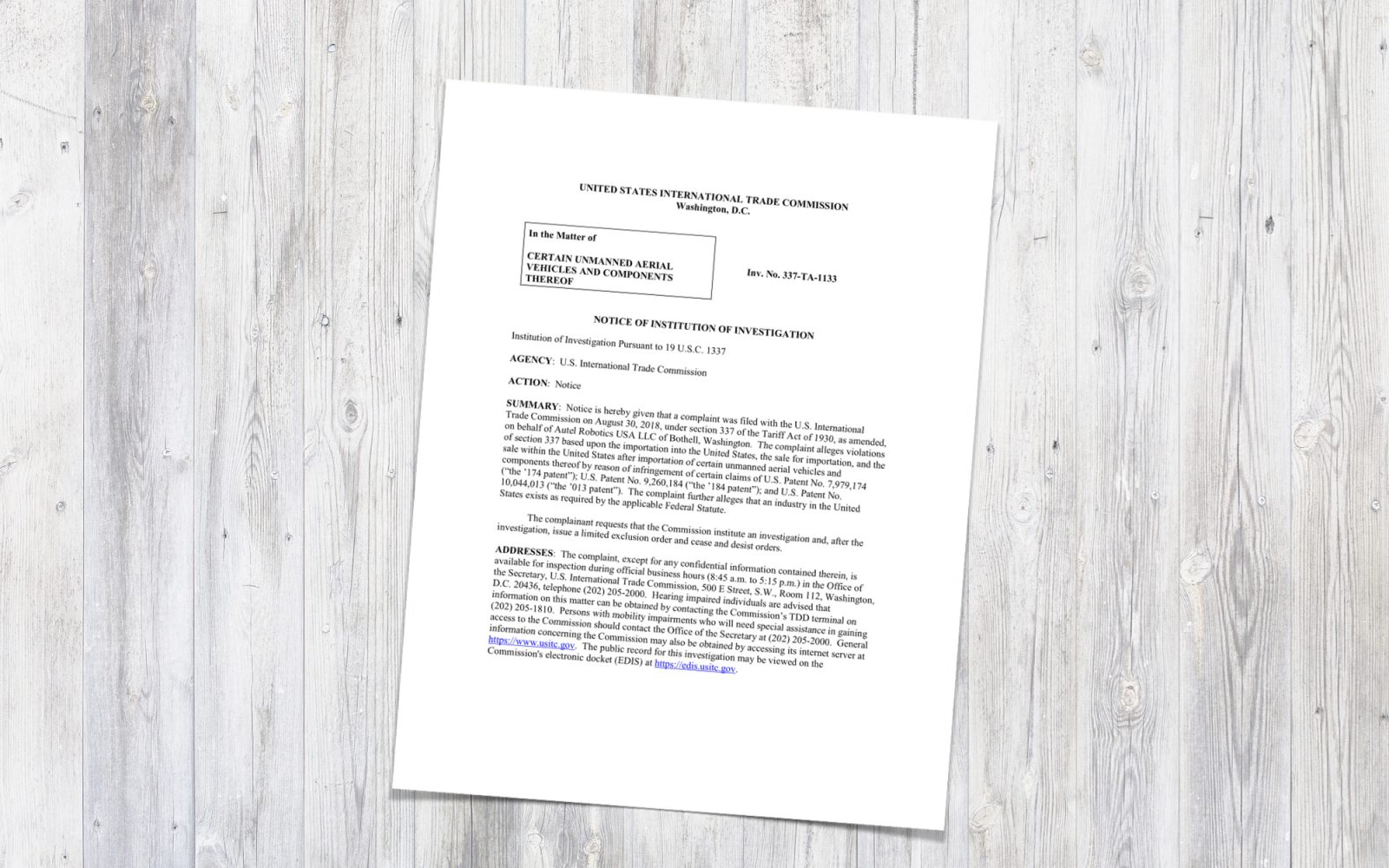 The U.S. International Trade Commission (ITC) has launched a probe into drones sold and imported by China-based SZ DJI Technology Co. The action is the result of rival drone maker Autel Robotics Co. that accused DJI of selling imports that infringe on its patents.

ITC’s investigation will include DJI drones such as the DJI Mavic, DJI Spark, DJI Phantom, and the DJI Inspire, according to Law360. In August Autel had complained that DJI and its corporations in Europe, California, and China infringed three of Autel’s patents related to drone technology.

In a press release, the ITC stated that:

“By instituting this investigation, the USITC has not yet made any decision on the merits of the case.”

Autel has asked the ITC to stop DJI from importing and selling drones. It claimed that the infringing drones have been on display at various consumer and industry tradeshows this year and can be bought through retailers such as Amazon, B&H, BestBuy, and others.

In Autel’s complaint, the company accuses DJI of illegally importing drones that infringe on Autel’s patents that cover:

The USITC has identified the following as respondents in this investigation:

An administrative law judge will be assigned to the case soon and will make an initial decision based on an evidentiary hearing to see if any company violated Section 337 of the Tariff Act of 1930, the ICT stated. That decision will then be reviewed by the ICT as soon as is practically possible.

DJI and Autel have been accusing each other in an ongoing patent dispute over various drone technologies. In 2016 DJI first filed a patent infringement suit against Autel in Delaware federal court. DJI claimed that Autel had infringed six of its drone patents, covering technologies related to batteries, drone design, and others.

Autel filed a counterclaim quickly accusing DJI of selling its products below cost in the US to achieve their dominant market share. Law360 said that the attorney for Autel had declined to comment on the probe and that DJI had not responded to a request for comment.