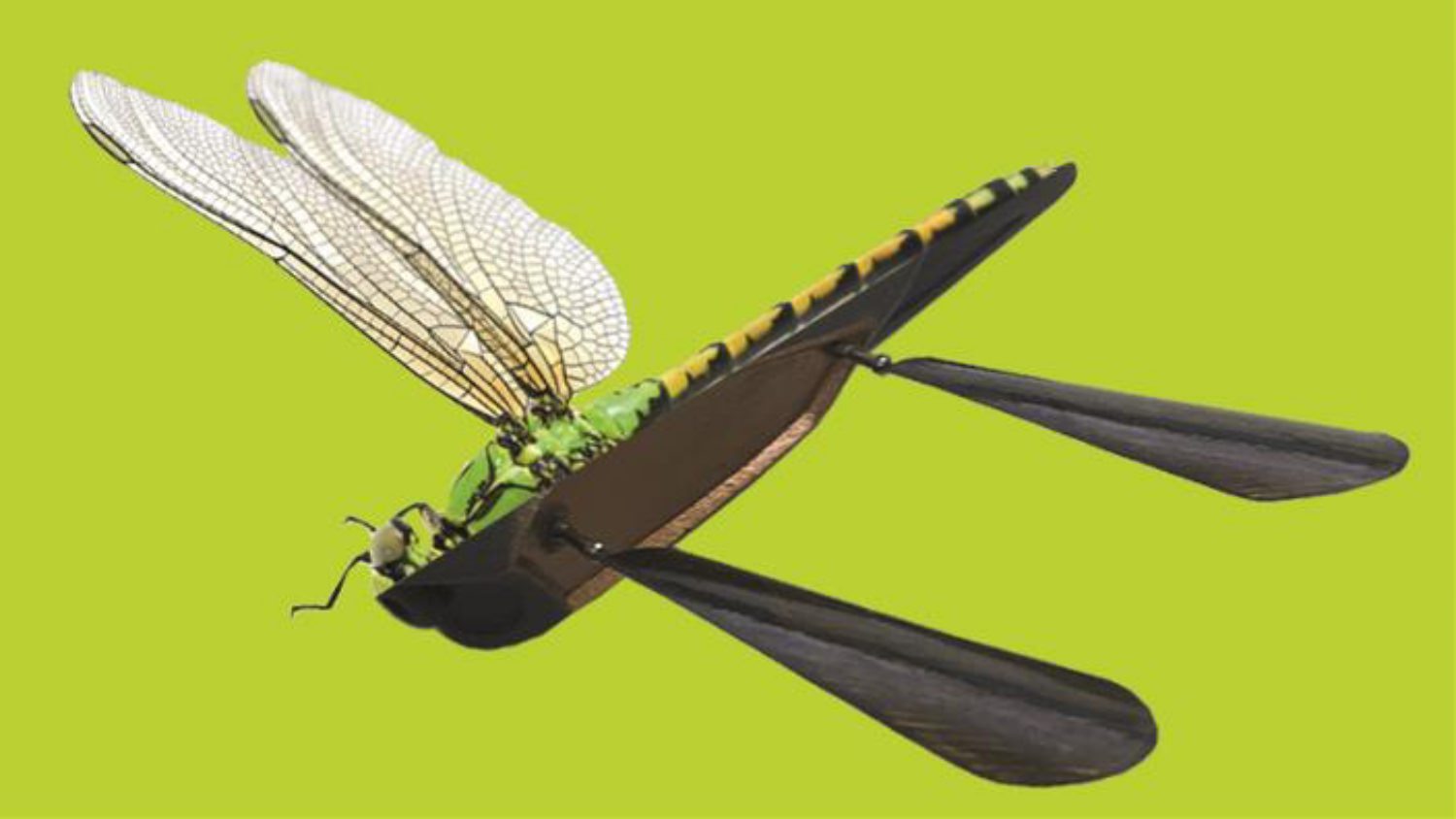 It is not the first time that we see a drone that has been inspired by nature when it comes to its design. Earlier this year, the French company Parrot introduced the Anafi drone that was inspired by insects. The Skeeter drone, a military surveillance UAS, was based on a dragonfly. Dragonflies are the most successful predators as they catch 95% of the prey that they target.

The Skeeter drone is an initiative from the Animal Dynamics firm and the Ministry of Defence’s R&D lab in the UK. However, it wasn’t the dragonfly’s astonishing hit rate, that led to the Skeeter’s four-wing design. According to Animal Dynamics chief executive Alex Caccia, it was the “practical consideration of the design criteria and a solid understanding of how the insects fly.”

As reported by the Institution of Mechanical Engineers, Caccia continued to say that the military:

“Want something small that can be carried, has a decent range and can deal with turbulent wind conditions. One of the problems with small unmanned vehicles or objects of any sort is they become much less stable because there is significantly less inertia… it’s with that target in mind that we have ended up designing this vehicle.”

It resulted in the four-wing Skeeter drone. The four wings are very quiet, can handle turbulence very well with their built-in suspension and also allow the drone to glide to conserve energy. The unmanned aircraft weighs only 5 grams and is very agile. Bursting away quickly to hit 30 mph, but also capable of hovering and providing video footage using the built-in camera for complex surveillance missions.

Apart from military applications, the Skeeter drone can also be used in many non-military uses, including search and rescue missions and farming. Animal Dynamics is currently testing the drone and hopes to bring it to Market in 2021.