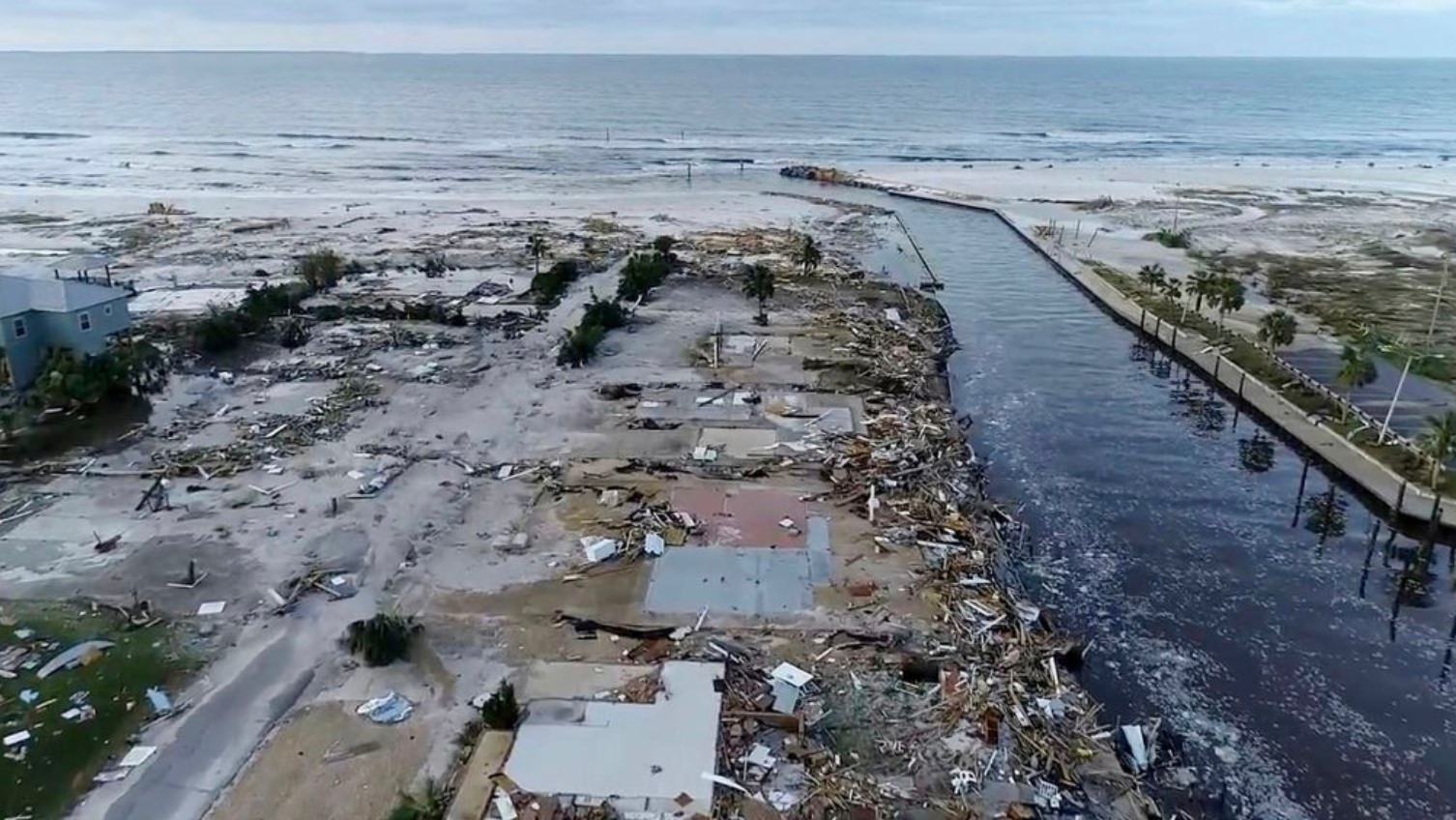 The first drone footage is emerging from Mexico Beach, Florida and it shows the widespread devastation that was caused by the Category 4 storm that made landfall on Wednesday. As you can see in this drone video, a large part of the small town is simply gone.

“So many lives have been changed forever. So many families have lost everything. Homes are gone, businesses are gone. Roads and infrastructure along the storm’s path have been destroyed,” Florida Gov. Rick Scott said at a briefing on Thursday morning as reported by TIME Magazine.

Hurricane Michael was the third-most powerful storm to ever be recorded hitting the U.S. mainland. First aid responders and search and rescue teams went to the hardest hit areas, that include Panama City and Mexico Beach. On Wednesday night the National Guard found 20 people who had stayed behind in the town throughout the entire storm.

“This hurricane was an absolute monster,” Scott said. “And the damage left in its wake is still yet to be fully understood.”

The drone video of Mexico Beach shows the utter devastation with entire homes that have been destroyed. Roads are blocked by downed trees and power lines, making access to the town very difficult. The Florida Department of Transportation is working with dozens of crews to clear the roadways so that emergency operations can reach the hardest hit areas as soon as possible. The governor encouraged people to stay in place and not to go out on the roads.

“Do not get out on the roads today. Do not travel home today. Roads are not open and you will not be able to get home if you live in or near the coast,” the governor said Thursday morning. I know this has to be very very frustrating. I know you just want to go home, you want to check on things and begin the recovery process. We are working as quickly as possible to make that happen. But first we need your help, your patience and your understanding that before you return we have to make sure things are safe.”

“If it is not safe to leave your house, don’t leave it, don’t take a chance,” Scott said. “If you and your family made it through the storm safely, which I pray that you did, the worst thing you can do now is to act foolishly and put yourself and your family in danger or keep law enforcement and rescue workers from saving somebody’s life. I cannot stress this enough.”

35,000 National Guard troops have been activated to assist in the recovery. The state of Florida is borrowing 15 helicopters from other states as part of the recovery operation. The state also has 80 ambulance strike teams and 400 ambulances ready. two million meals and one million gallons of drinking water are available to be handed out to people in need.