FlyCroTugs: Small wasp-inspired drone can pull 40 times its own weight 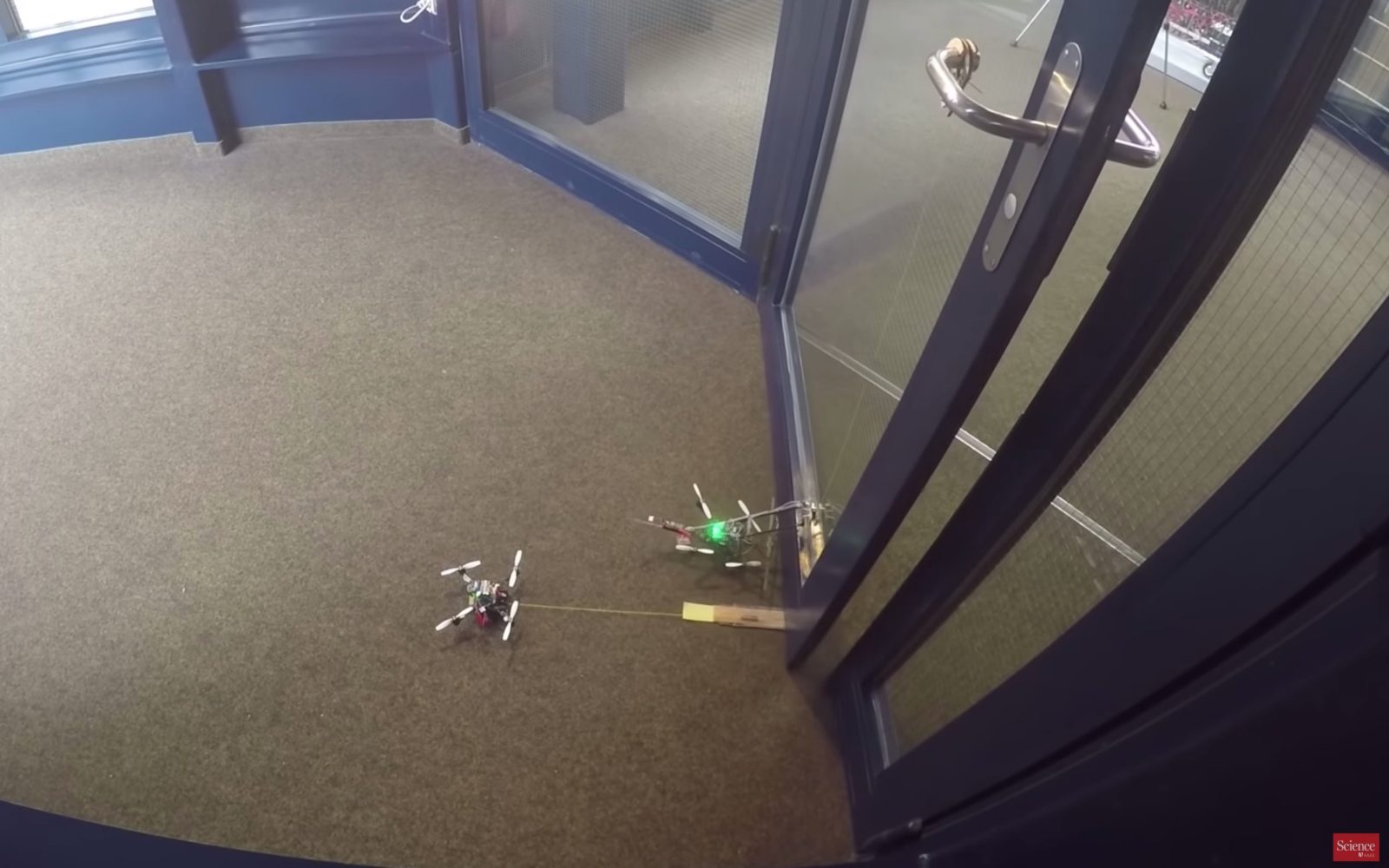 The FlyCroTugs, Developed in the labs of Mark Cutkosky, the Fletcher Jones Chair in the School of Engineering at Stanford University, and Dario Floreano at the École Polytechnique Fédérale de Lausanne in Switzerland, are small drones that can pull 40 times their own weight. The name derives from Flying MiCro Tugging and the small unmanned aircraft are inspired by wasps and geckos. Wasps can drag much larger prey away by using a special structure on their feet called an arolium. It helps them to get grip on a surface. Geckos have a similar ability to find grip on very smooth surfaces although they use a different technique. The FlyCroTugs drones took inspiration from both the wasps and geckos and it allows them to drag items that are far too heavy to carry. If a task is too big for a single drone, FlyCroTugs can team up and achieve extraordinary results, such as opening a door. See the video below.

“A closed door is just one of many obstacles that poses no barrier to a new type of flying, micro, tugging robot called a FlyCroTug. Outfitted with advanced gripping technologies and the ability to move and pull on objects around it, two FlyCroTugs can jointly lasso the door handle and heave the door open.

With these attachment mechanisms, FlyCroTugs can pull objects up to 40 times their weight, like door handles in one scenario, or cameras and water bottles in a rescue situation. Similar vehicles can only lift objects about twice their own weight using aerodynamic forces.

Each FlyCroTug has a winch with a cable and either microspines or gecko adhesive in order to tug. Beyond those fixed features they are otherwise highly modifiable. The location of the grippers can vary depending on the surface where they will be landing, and the researchers can also add parts for ground-based movement, such as wheels. Getting all of these features onto a small air vehicle with twice the weight of a golf ball was no small feat, according to the researchers.”

You can read the entire article here or see the FlyCroTugs in action in the video below.