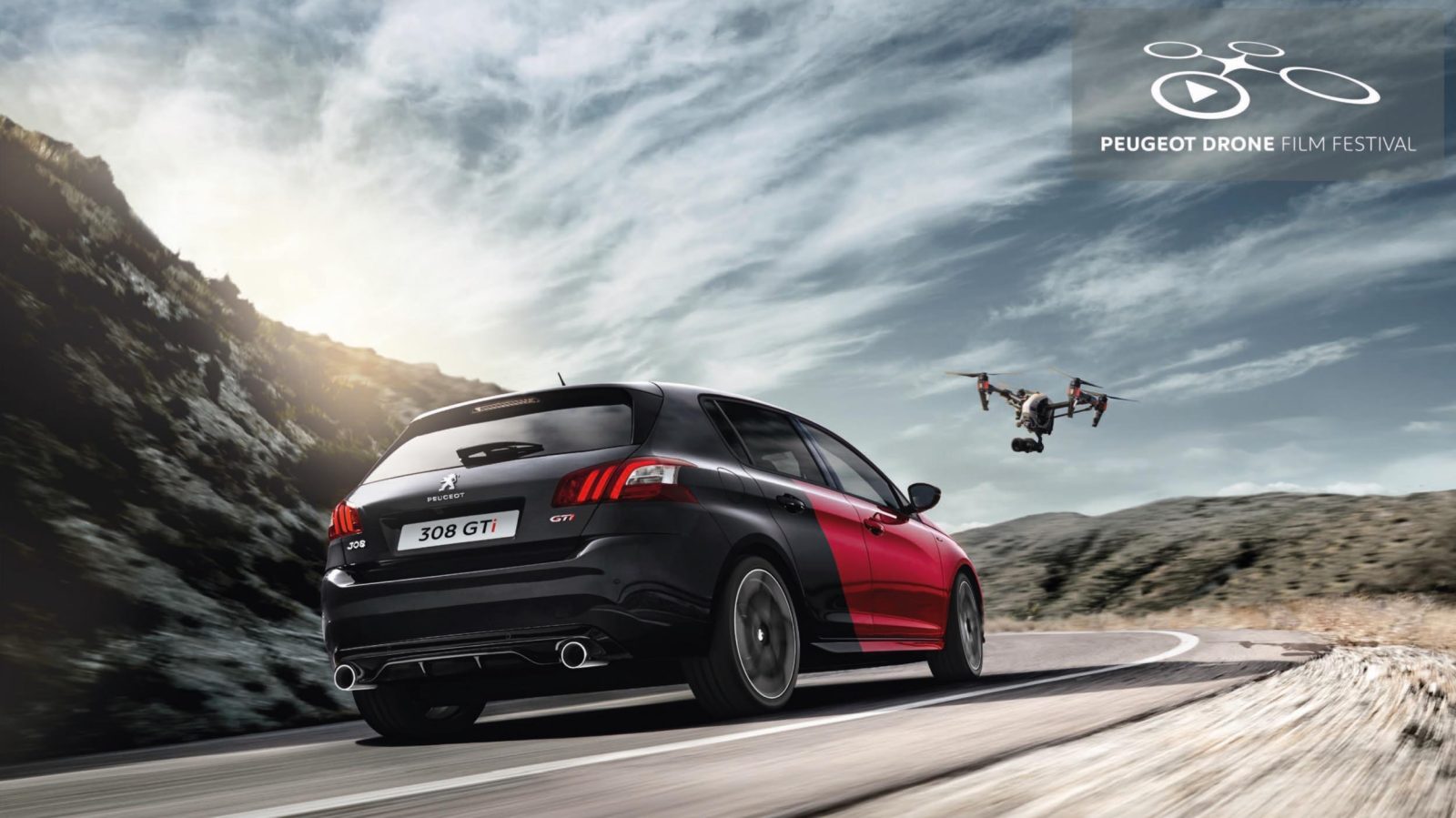 DJI, Peugeot, and the Diaoyutai Mansion Frankfurt partner to bring you the Drone Film Festival for 2018 and 2019. There are four categories in which you can submit your video: Sports, Landscape, Story Telling and Experimental. The festival is in its third year now. Last year it had over 400 films submitted. The twelve finalists will be invited to Frankfurt in Spring 2019 in the Diaoyutai Mansion Frankfurt for the grand finale. Another drone film festival that might interest you is the NYC Drone Film Festival.

The use of drones in conjunction with high-quality digital film cameras opens up completely new creative possibilities for the filmmaker at a very low cost. Together with its partners DJI and Diaoyutai Mansion Frankfurt, PEUGEOT has dedicated its own festival to this new film genre and has brought the development of this technique closer to filmmakers, creating an audience for these types of films, showing the use of state-of-the-art film technology as a gain and a new opportunity for creatives. After a festival 2016 with great inspiration for filmmakers, a festival 2017 with more than 400 submitted films, breathtaking recordings and high-quality film art, the festival starts its third edition.

From 15 May 2018 filmmakers and drone pilots can submit films. The competition consists of four categories, in each category the jury chooses the best three. The jury is led by festival director Marie Bäumer and consists of actress Lisa Maria Potthoff, actor Simon Schwarz, director and Grimme award winner Stephan Wagner and three directors of the Federal Association of Film and Television Directors in Germany. The twelve finalists will be invited to Frankfurt in Spring 2019 in the Diaoyutai Mansion Frankfurt for the grand finale.

The grand finale of the PEUGEOT DRONE FILM FESTIVAL will take place in Spring 2019 at the new luxury hotel The Diaoyutai Mansion Frankfurt. The twelve finalists will be invited to Frankfurt. The winners of the categories and the Grand Prix of all submissions will be announced by the jury. All finalists will also receive a three-day intensive and creative training with the drone specialists from DJI, the jury and Marie Bäumer.

The Grand Prix of the PEUGEOT DRONE FILM FESTIVAL is a six-week drone filming event – free of choice: the winner will get for six weeks two free PEUGEOT travelers including running costs, a DJI drone with extensive equipment and EURO 5,000 for travel costs.

Three brands with a world-wide reputation, each one unique in its kind. PEUGEOT, the second largest automotive manufacturer in Europe with a 125-year history. DJI, world market leader for drones and highly innovative manufacturer of camera-gimbals. The Diaoyutai Mansion Frankfurt, the new and impressive luxury hotel in Frankfurt.

If you’d like to stay up to date with all the latest drone news, scoops, rumors and reviews, then follow us on Twitter, Facebook, YouTube, Instagram or sign up for our email newsletter DroneRise, that goes out every weekday morning at 6 am. Buy your next drone through directly from manufacturers, such as DJI, Parrot, Yuneec or retailers like Amazon, B&H, BestBuy or eBay. By using our links, we will make a small commission, but it will not cost you anything extra. Thank you for helping DroneDJ grow!