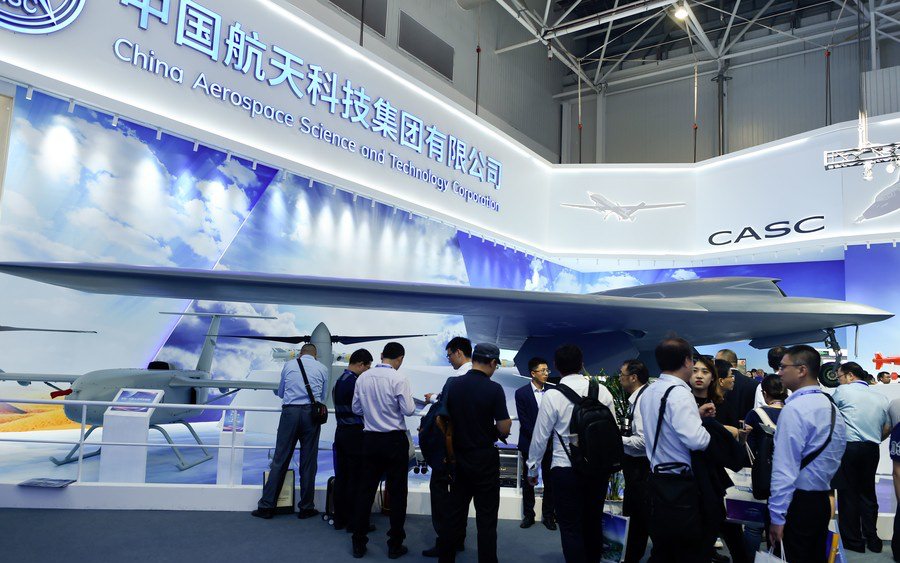 China weaponizes drones and has developed both large stealth drones as well as smaller unmanned aircraft that can be armed with AK-47s or any other weapon of choice. Earlier this week during the China air show in the city of Zhuhai, China unveiled the drones to challenge the US dominance of the UAV market. One of the unmanned aircraft that got a lot of attention during the air show is the new CH-7 or Caihong-7 stealth combat drone. It has a wingspan of 72 feet and is larger than most combat jets. It is said to be capable of traveling at speeds of over 500 miles an hour and after altitudes of over 46,000 feet. The first test flights are scheduled for next year.

According to RT, which is funded by the Russian Government, the Chinese developers insisted that the CH7 is based purely on their own ideas and technologies, however experts noticed that the drone does seem to share many similarities with the American X-47B drone.

We can add an AK-47 or a machine gun. Different weapons can be installed, whatever the customer wants,” Wu Xiaozhen, Ziyan’s overseas project director, said. Wu assured the “great quality” of its UAV, saying: “We are targeting Western markets, too. We don’t fear competition from the Europeans and the Americans.”

State-owned China Aerospace Science and Technology Corporation (CASC) said that it currently has customers in some 10 countries around the world. However, they refused to give any names, citing that “some things remain sensitive.”

Another Chinese drone CH-4 has recently been used by the Iraqi military on at least 260 missions against the Islamic state terrorist group. Reportedly the UAE also recently targeted a Houthi rebel commander with a Chinese drone during the conflict in Yemen.

China sees opportunities in the global UAV market as a result of the restrictions from Washington that prevent American UAV’s to be exported to certain countries over fears that their technologies might be copied. The Chinese are also confident that they can compete on price with the American companies.

Not too long ago in a related story, we reported that China had unveiled the world’s largest  ‘transport drone’ and successfully tested it.