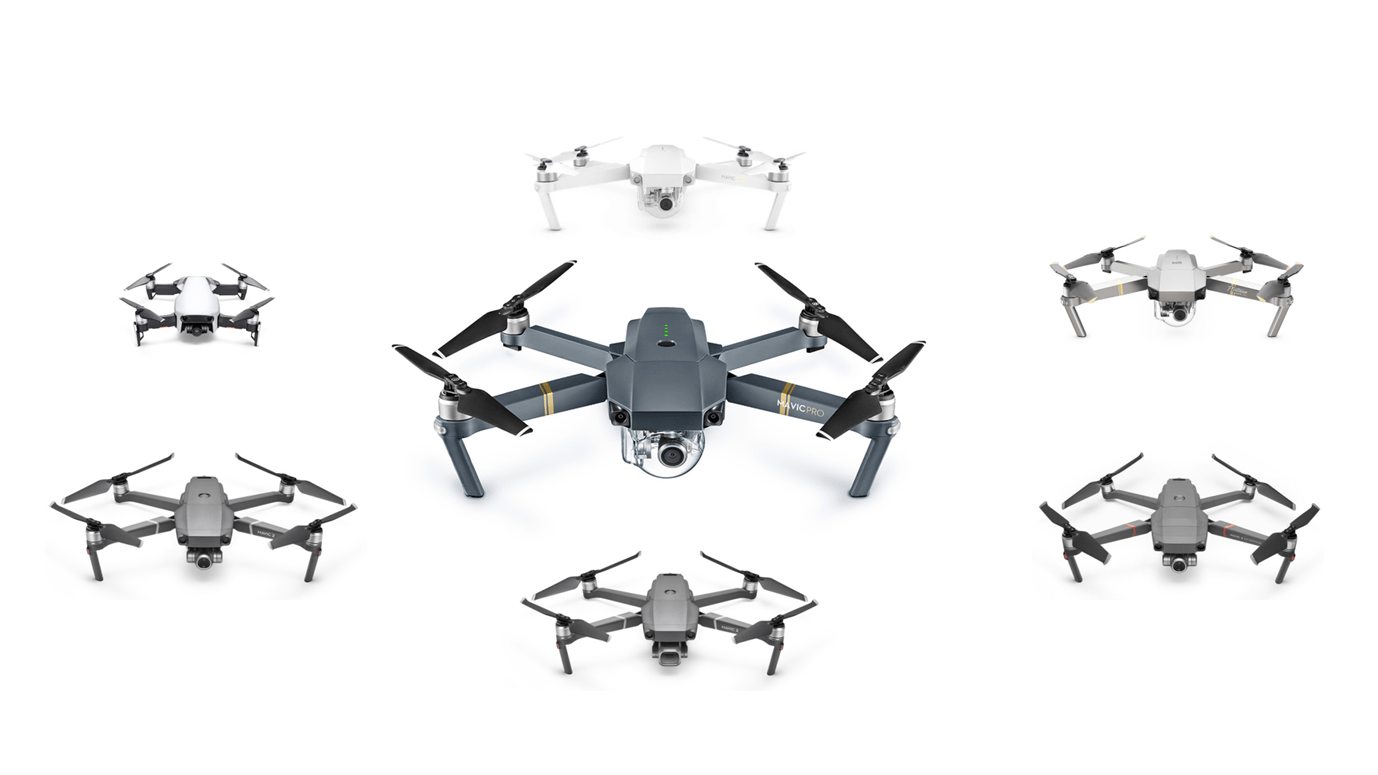 DJI has now released seven different Mavic models. Understanding the difference among them is important in choosing which one is best for you. We will take a closer look at their specifications as well as the pros and cons of each model. We created the ultimate mavic comparison guide to help you decide which model best suits your needs.

Which DJI Mavic is best for you?

The original Mavic was a game-changer for the industry. According to sources at DJI, the Mavic Pro it is the best selling drone of all time. So it’s obvious why DJI has turned this original success into a full lineup of compact consumer drones. Let’s take a closer comparison of these seven DJI Mavics. 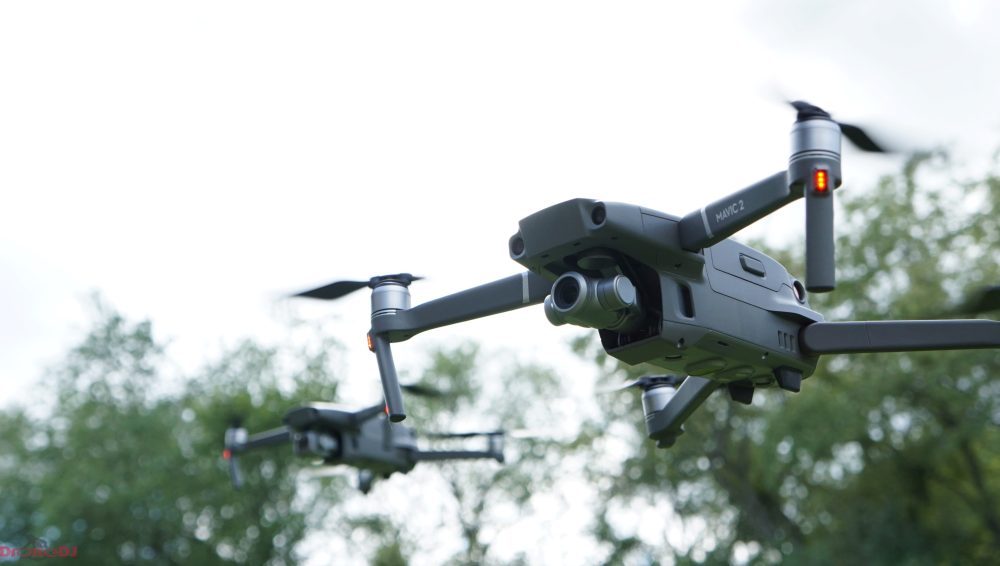 Use the charts and the descriptions below to learn more about the different DJI Mavic models.

From the pint-sized Mavic Air ($699) to the modular Mavic 2 Enterprise ($1999), there are some important differences between the models. Take a look at the charts below to get a quick understanding. Then we will dive into each model so you can decide which one is best for you.

The Mavic Air the original Mavic and the Mavic Pro Platinum are all excellent lower cost options. We would recommend looking at these models for beginner pilots. 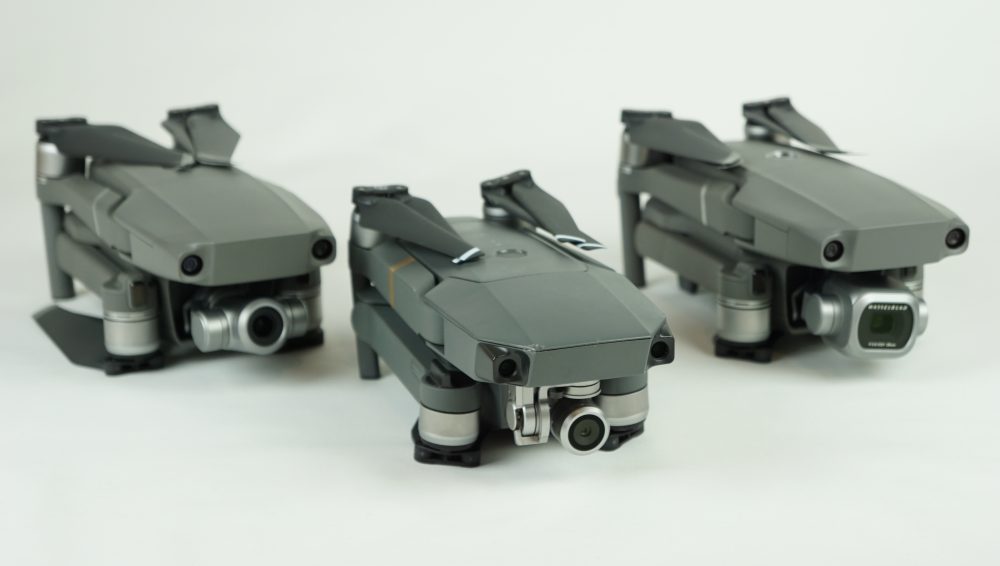 Our ultimate Mavic comparison guide will help you choose the right Mavic for you.

The Mavic 2 series of drones are much more advanced than the original versions. They offer greater range and battery life as well as upgraded camera options. These three drones have very similar specs but have some important differences. 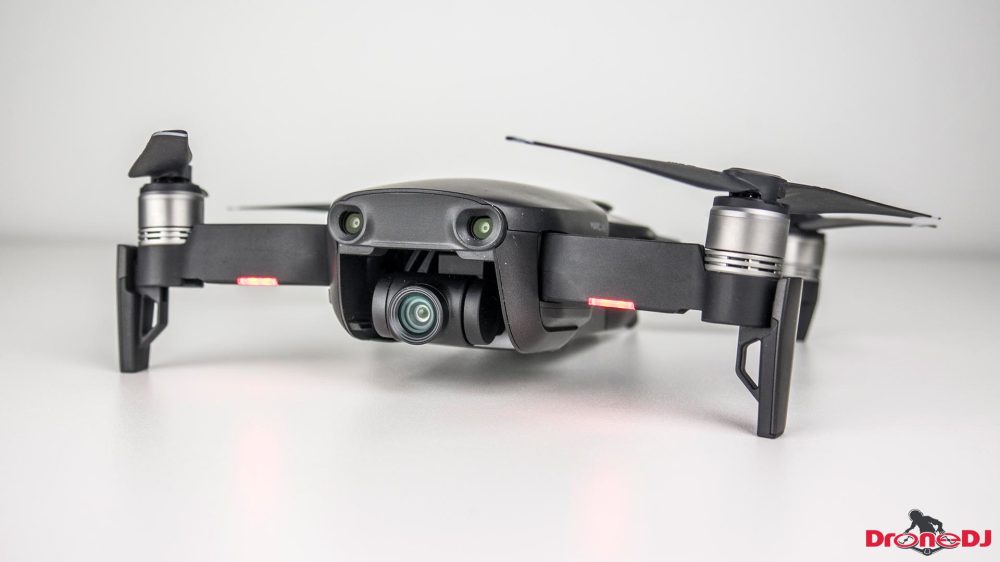 The smallest Mavic in our comparison is still an excellent option.

The Mavic Air is the smallest and most affordable Mavic ever produced. Like all of the other Mavics, the Mavic Air has a foldable design, but the styling on the Air is quite different than every other model. It is arguably the best-looking of the Mavics (although maybe only the black version). 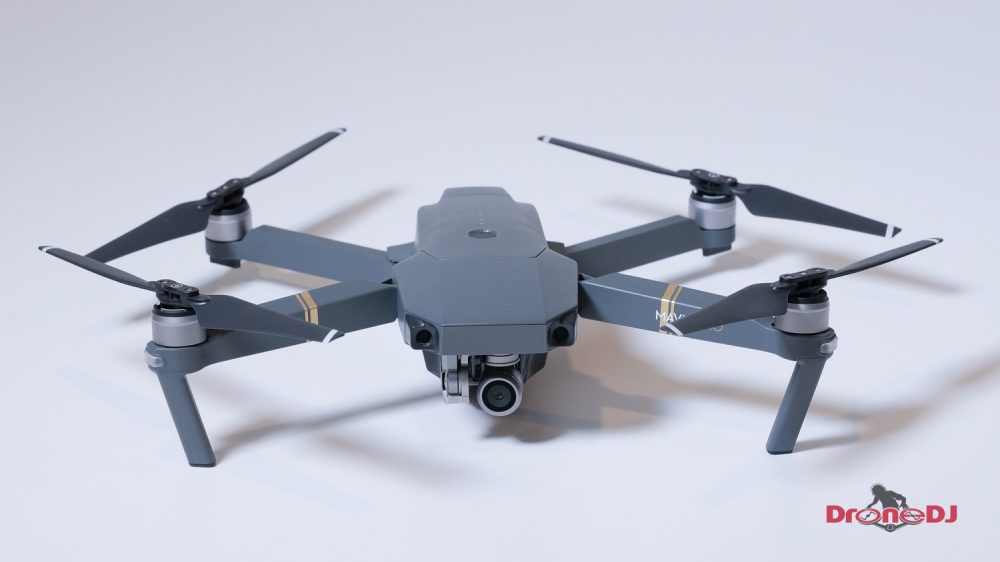 The original Mavic Pro is a still an excellent drone.

The original Mavic Pro is currently the best selling drone to date. Its unique folding design was a game-changer in the industry. With it’s impressive flight time (27 minutes) and range (7000 meters), the Mavic Pro was the first portable drone that had Phantom-like capabilities. Its 4K camera is very good, but the biggest limitation is the camera’s 60 Mbps max bitrate. The lower bitrate can produce some noticeable artifacts when recording video, particularly 4K video.

With the new discounted price of the Mavic, it is now an excellent choice for anyone on a budget. DJI also released a Mavic Alpine Edition. This is simply a white version of the Mavic Pro. As the price continues to fall on this fantastic drone it is becoming more and more attractive for first-time-pilots. 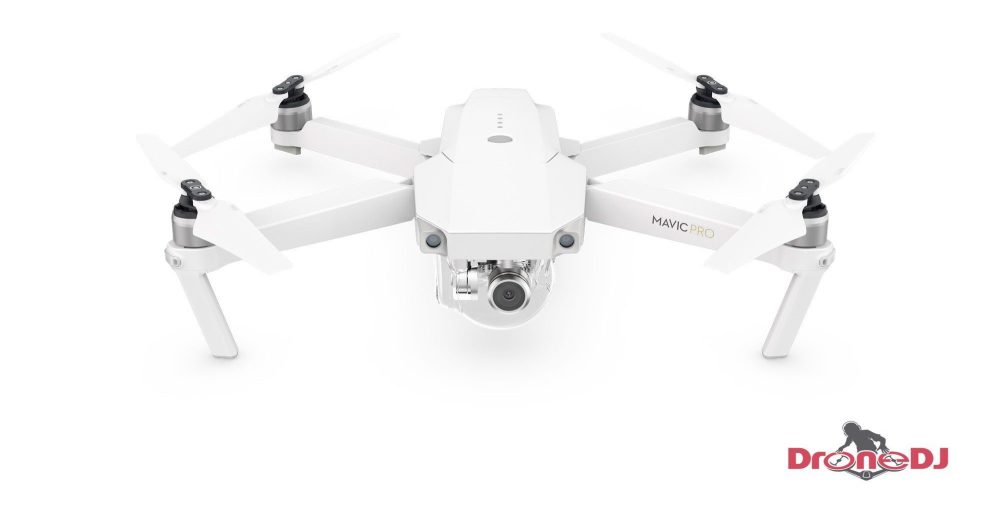 The Alpine white Mavic looks good but is hard to find.

The Mavic Pro can typically be found on Amazon for under $800. In fact, a certified refurbished version can be purchased for only $699. The Mavic Pro is still a great choice for anyone looking to get into aerial photography for the first time but needs to save money. Its range, power, and gimbal travel set it apart from the Mavic Air, but I prefer the Mavic Air’s camera over the original Mavic Pro. 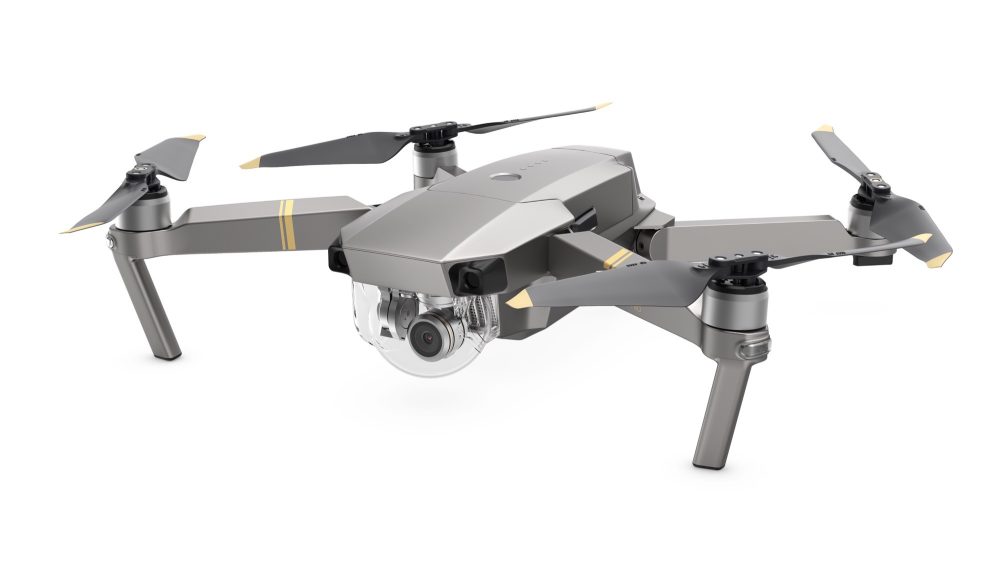 If you can find a good deal on a Platinum it is worth picking up over the original. However, they are largely the same drone. In fact, you can even put the Platinum propellers on the original Mavic Pro. While it won’t add the three minutes of flight time, it will make your Mavic Pro slightly more efficient and quieter. 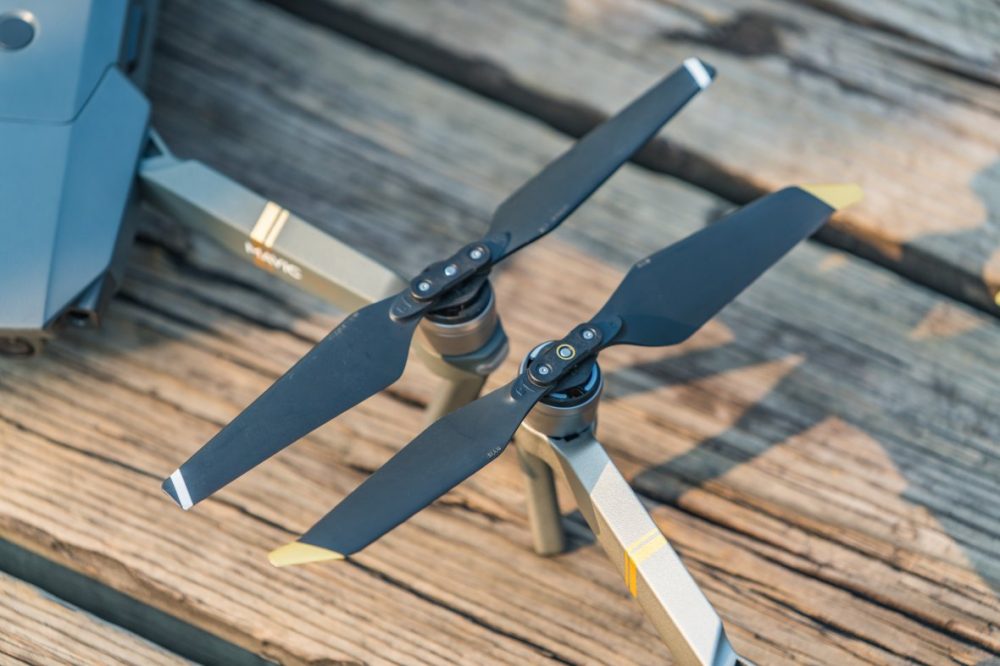 The biggest difference between the Mavic Pro and Pro Platinum is the quiet swept-tip propellers. 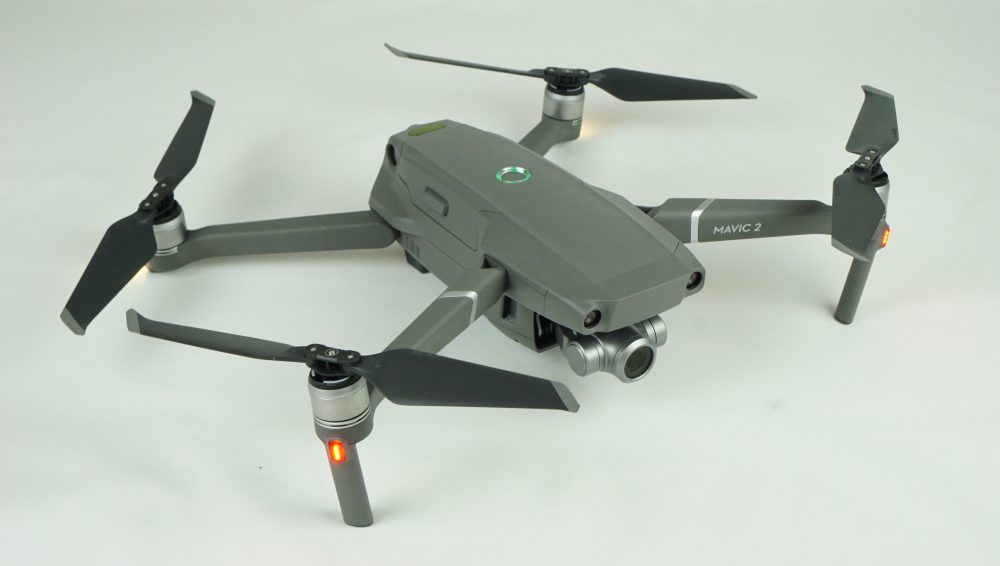 The Mavic 2 Zoom is probably the best Mavic for most people. The Mavic 2 series of drones are slightly larger than the originals and they offer longer flight times (33 minutes) and range (8000 meters). The Zoom is the least expensive of the new models, and the first consumer drone to offer optical zoom.

The camera on the Mavic 2 Zoom is a major upgrade over the original, with 100 Mbps bitrate and great performance throughout the zoom range. The ability to zoom up to 4X when recording video adds an element of creativity that you cannot find on other drones. The Mavic 2 Zoom is the best drone for most people. 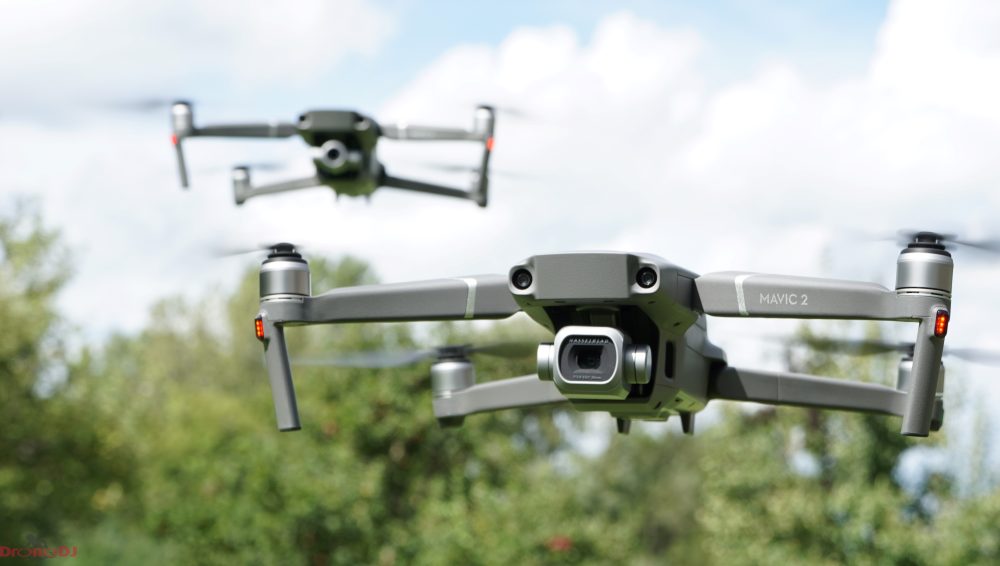 The Mavic 2 Pro has the best camera of all of the Mavic models. 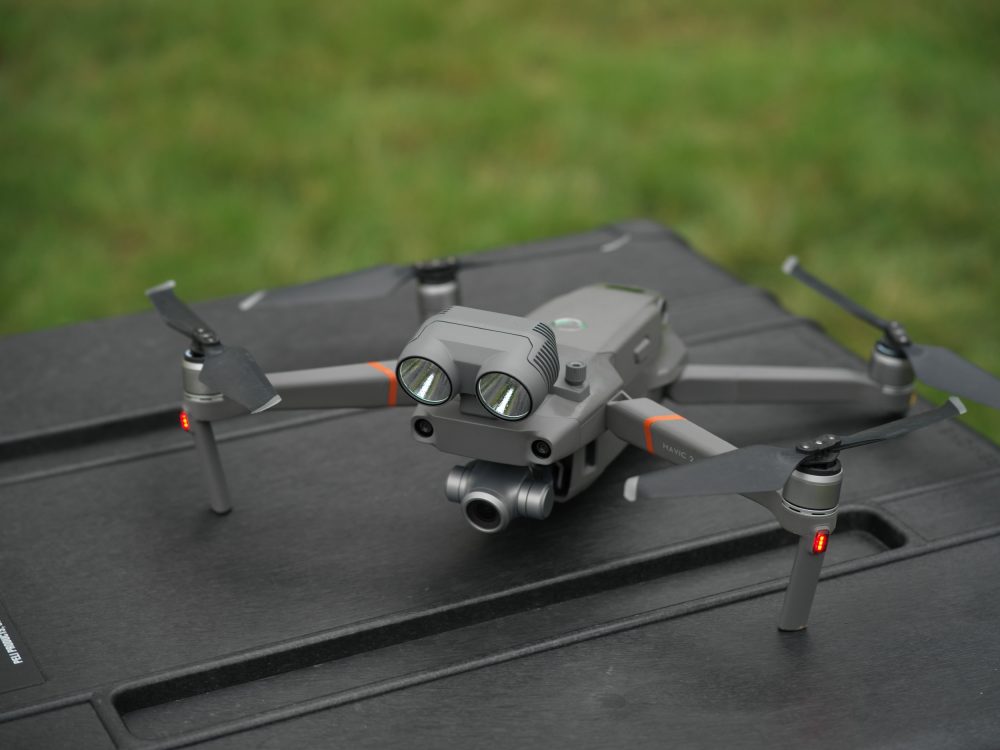 This Mavic 2 Enterprise is utilizing the spotlight module.

DJI and its partners are developing other modules to use with it and increase its capabilities. It is best utilized by first responders, search and rescue teams, and for other specialized applications. If you need a Mavic that needs to fly day or night or you have very specific needs then the Mavic 2 Enterprise is your best option.

If you’d like to help us grow, you can buy your next drone through one of the following links directly from manufacturers, such as DJI, Parrot, Yuneec or retailers like Amazon, B&H,BestBuy or eBay. We will make a small commission and it will not cost you anything extra. Thank you!